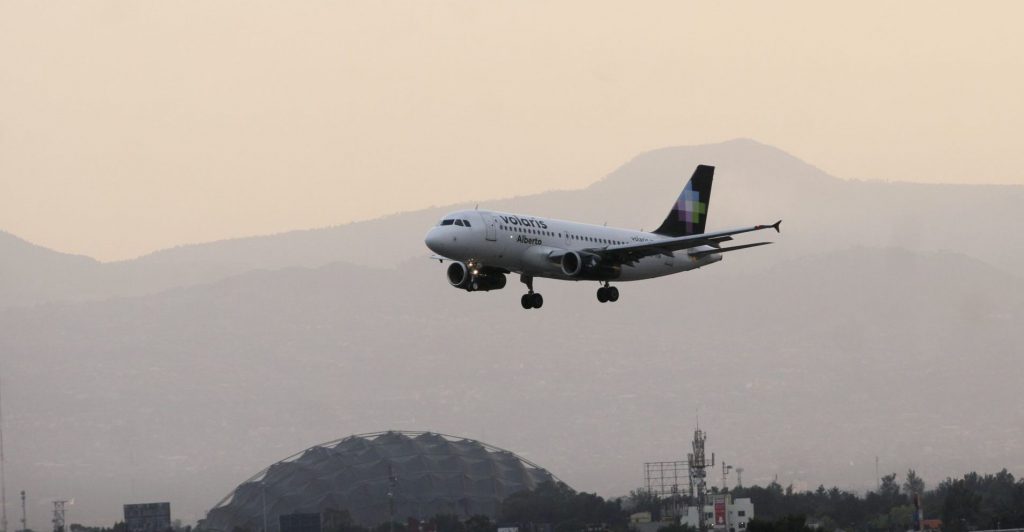 The three commercial aircraft that participated in the opening of the runways of the new airport in Santa Lucia, Mexico state, flew over Pachuca airspace for three hours before landing at Mexico City International Airport.

According to the page Flightradar 24The aircraft, which record commercial flight paths, Aeromar, VivaAerobus and Volaris, which took off from Santa Lucia after a letter from President Andres Manuel Lopez Obrador, remained in the air for three hours before landing at AICM.

The page shows that the planes made a series of turns across the sky over Pachuca.

This, despite the distance between Santa Lucia facilities and AICM, which can be traveled by car in just over an hour according to Google Maps.

On the Flightradar page, there is no record of how the plane got to Santa Lucia Airport, before the runway opened, nor for how long it took.

The President boarded a Mexican Air Force plane, at AICM, and landed in Santa Lucia around 9am.

After the landing, the president and a group of his government officials ate breakfast at the new facilities.

After this, Lopez Obrador gave a short speech and they witnessed the landing of commercial planes.

This fact was shared by some of the attendees.

So far, neither the federal government nor airlines have provided information about these flights, nor why they have been flying for hours.

Felipe Ángeles Civil Airport is expected to be ready on March 21, 2022.

On several occasions, the federal government has assured that once work is complete, both airports will be able to operate at the same time without any problem.