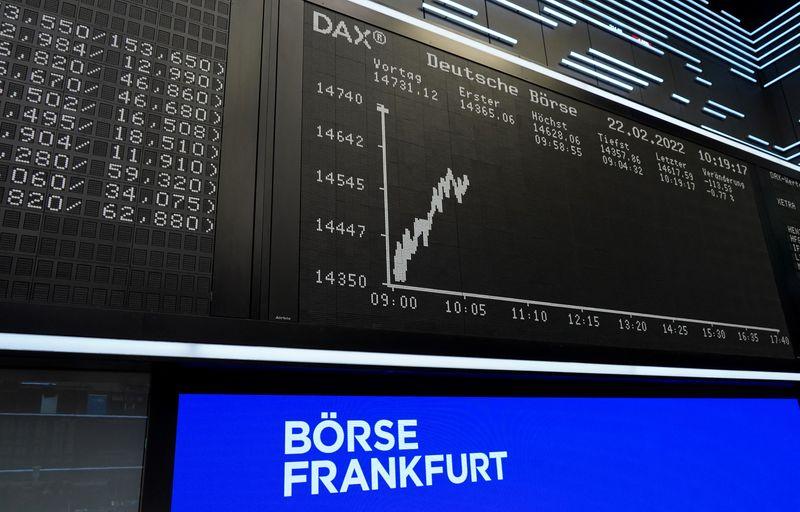 Oil jumped nearly 5%, while the Russian ruble fell by about 30% to a record low, after Western countries imposed sanctions including blocking major Russian banks from the global payments system SWIFT.

European banks with the most exposure to Russia, such as Austria’s Raiffeisen Bank, Italy’s UniCredit and France’s Societe Generale, fell between 6.3% and 15.8%, while the index of banks in the broader eurozone fell 5.2%.

Goldman Sachs forecast European inflation to rise sharply to 5% in 2022 and said the Ukraine crisis could subtract as much as 0.4% of eurozone GDP this year.

London-listed BP fell 4.1 percent after Russia’s largest foreign investor said it would give up its stake in state oil company Rosneft at a cost of up to $25 billion.

Defense company Rheinmetall jumped 43 percent after German Chancellor Olaf Schulz said on Sunday that his country would sharply increase its defense spending to more than 2 percent of its economic output.