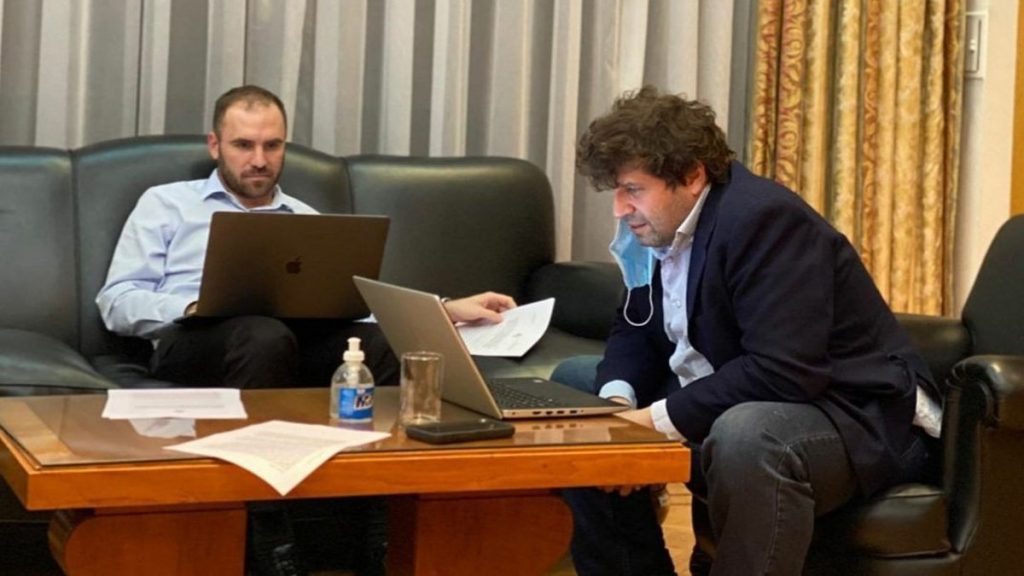 In an interview published yesterday in the Spanish newspaper El País, Guzmán said that “Argentina is ready to move forward, but there is still a lack of understanding on the part of the international community. A large part is being received, and the support of a large part of the international community has been built.” Knowing the scope of the means, what the Minister seeks by proclamation is that the nations upon which the vote in the Council depends, take into account what is required of Buenos Aires.

Only a minimum of 85% collateral can fund line technicians be authorized to advance to the country a payment plan outside of the only mechanisms authorized under the organisation’s charter: Standby and Extended Facility, whatever is possible. variables. Since what the state is proposing is to change the criteria, only a vote of more than 85% can approve the application, and only with a US vote can it be achieved.

This country owns 16.74% of the shares of the International Monetary Fund, so it is necessary to obtain the approval of the Joe Biden administration to obtain a majority of 85%. yes or yes. By following the principle of “albertism”, “with Biden it is not enough, but without Biden it is not possible.” According to figures made at the Palacio de Hacienda, if a call from Fernandez gets this support, the country will already exceed the necessary 85% and reach nearly 90% of the vote. Only what Japan (6% of the vote), Nordic countries (3.43%) and other European countries, in general and traditionally reluctant to support the country (they did not do in Mauricio Macri’s time), will remain. in doubt.

On the issue of voting in the Council, the situation is clearly defined. Each sovereign country has a percentage of the vote depending on its GDP, reserves, and direct contributions to the operation of the Washington-based body. Agree to any normal agreement (standby or extended facility) with a minimum of 70%; But a majority of 85% is needed for special plans or amendments to the Basic Charter. Among the most recent cases, such a majority was necessary in cases such as the Greek crisis of 2010 and the Portuguese crisis of 2011.

The need to achieve this ratio was what played out against Argentina in 2001, when the Board of Directors rejected the last complied payment in the current agreement due to the United States’ refusal to agree to the proposal (on the direct recommendation of number two of those years, Ann Krueger); So did the approval of the 2003 charter when Nestor Kirchner negotiated directly with George W. Bush the quota plan outside the existing treaties.

In the current case, it is also necessary for the North American director to agree to the request, since his vote for or against (or abstain) will determine the fate of the Argentine proposal. In total, the board of directors consists of 24 executive directors who represent different levels of authority within the body in percentage terms. The United States, Japan, Germany, France, and the United Kingdom may elect a director without assistance from any other country. China, Saudi Arabia, and Russia elect, de facto, one director each; While the remaining 16 choose him according to the government blocs. Argentina, through local envoy Sergio Chodos, occupies the group with Bolivia, Chile, Peru, Paraguay and Uruguay.

There is still an important raid that should bring together diplomacy in all its aspects, including all the embassies of the countries participating in the vote. In addition to direct and personal action by Alberto Fernandez on Biden; Who depends at this point on whether or not Argentina achieves the limiting cost overruns that the state must pay in the expanded facilities.

“All weapons today are aimed at accelerating the understanding of the international community, by all IMF contributors, about the operation of the Argentine economy and what could constitute a program to give continuity to the strong economic recovery that Argentina is experiencing today,” Guzmán added in the interview. The IMF board vote is at stake, an event that could happen in February, and on which much of the country’s financial, tax and business fortunes will depend in 2022.