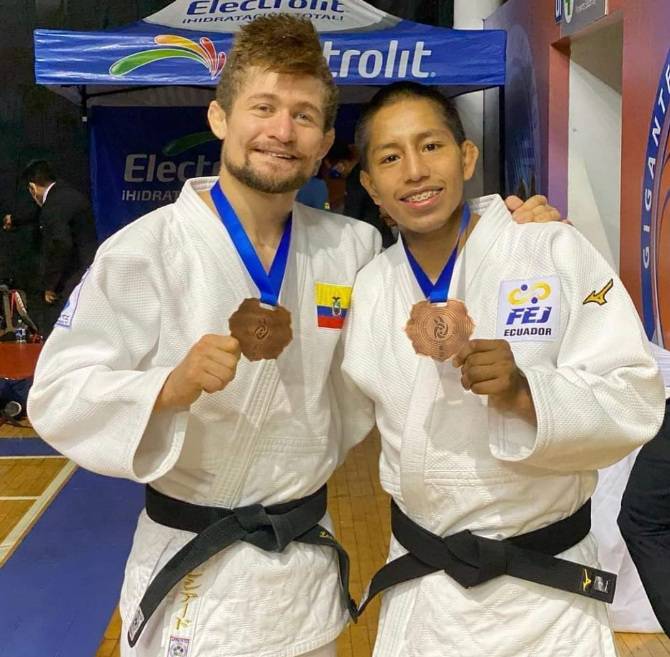 The fights will take place on Thursdays and Saturdays at Arena Pacificard Voltaire Paladines Polo.

This Thursday at Arena Pacificard Voltaire Paladines Polo the American Super Cup for Youth Judo Organized by the Ecuadorian Federation of the sport.

Edith OrtizAnd bronze in Youth Olympic Games in Argentina 2018, With Brian Garboa, Byron Guillen, Astrid Gavidia, Juan Pablo and Kevin Ayala Look for points to make sure they are in the classification area for American Youth Games in Cali, Colombia, And they need to finish first in the Pan American Super Judo Cup.

To this select group, the Ecuadorian Judo Technical Commission added 20 other athletes to represent the country at this youth event.

“The Pan American Super Judo Cup has the specificity that it will award points as if it were the Pan American Championship. Our judo players will have the opportunity to secure their position in the Kale Games qualifying area.” Roberto Ibáñez, President of the Ecuadorian Judo Federation (FEJ).

Athletes from Ecuador began concentrating at the Wyndham Hotel and training courses were held at the Dojo of the Regional Judo Association in Guayas Sports Federation.

After the Super Pan American Judo Cup ends, on Saturday, May 22nd, Prof. Open Panamericano de Judo, In the absolute category, which gives points for rating Qualified for the Olympic Games Tokyo 2020.

‘He has no money’: Arimi Fuentes denounced a non-existent check rewarding his performance in Tokyo 2020 4 min read

‘He has no money’: Arimi Fuentes denounced a non-existent check rewarding his performance in Tokyo 2020