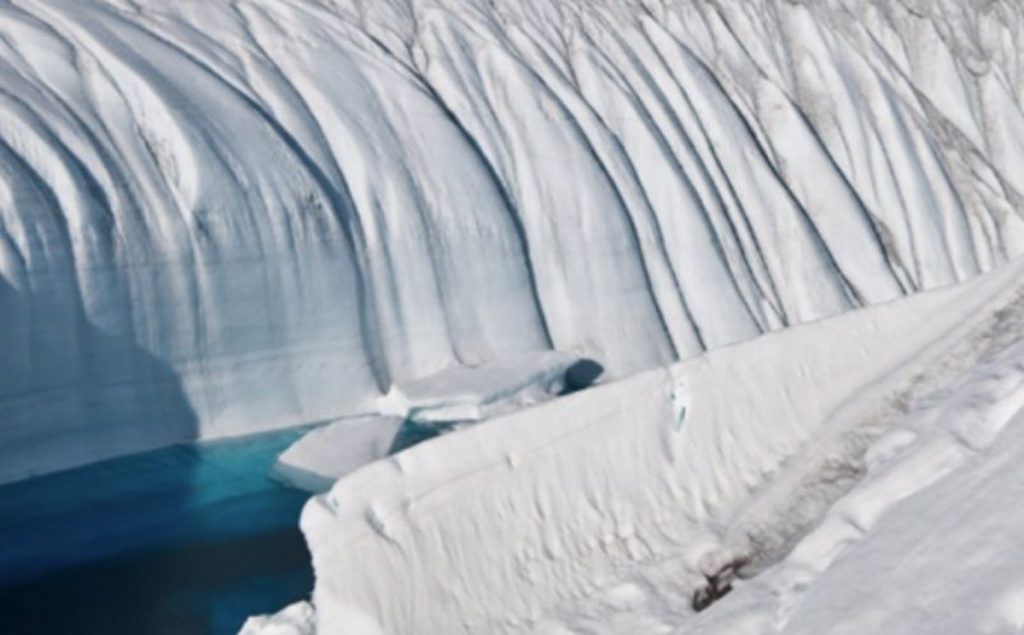 Global warming has caused an increase in the frequency and intensity of extreme melt events in Greenland in the past 40 years, Sea level rise and flood risk.

Only over the past decade, 3.5 trillion tons of ice melted from the surface of the island and flowed down the hill into the oceanAccording to a new study from the Universities of Leeds and Lancaster.

The new study is The first to use satellite data to detect this phenomenon, known as ice sheet run-off, from space.

the findings, Published in Nature Communications, reveals that meltwater runoff in Greenland has increased 21% over the past four decades and is 60% more volatile from one summer to the next.

Lead author Dr Thomas Slater, a researcher at the Center for Polar Modeling and Observation at the University of Leeds, said: “As we have seen in other parts of the world, Greenland is also vulnerable to an increase in extreme weather events.

“As our climate warms, it is reasonable to expect Greenlandic extreme melt events to occur more frequently – observations such as these are an important step in helping us improve climate models and better predict what will happen this century.”

Research indicates that over the past decade (2011 to 2020), increased meltwater run-off from Greenland has caused global sea level to rise by one centimeter. A third of that total came in just two hot summers (2012 and 2019), when extreme weather led to record levels of snowmelt not seen in the past 40 years.

Sea-level rise caused by melting ice increases the risk of flooding for coastal communities worldwide and disrupts the marine ecosystems in the Arctic Ocean on which indigenous communities depend for food.

It could also change the ocean and atmospheric circulation patterns that affect atmospheric conditions around the planet.

Over the past decade, runoff from Greenland averaged 357 billion tons per year, peaking at 527 billion tons of snowmelt in 2012., when changes in atmospheric patterns caused unusually warm air to settle over much of the ice sheet. This was more than double the minimum runoff of 247 billion tons that occurred in 2017.

The changes are associated with extreme weather events, such as heat waves, which are becoming more frequent and now one of the main causes of ice loss in Greenland due to the resultant runoff.

Dr. Slater said, It’s a statement: “However, there is reason to be optimistic. We know that setting and achieving targeted emissions reduction targets can reduce Greenland ice losses by three times, and there is still plenty of time to do so.”

These early observations of Greenland’s runoff from space can also be used To check how climate models simulate the melting of the ice sheet, which in turn will allow for better predictions of how much global sea level will rise in Greenland in the future as extreme weather events become more common.

Model estimates indicate that The Greenland ice sheet will contribute between 3 and 23 cm to global sea level rise by 2100.

“This prediction has a wide range, in part due to uncertainties associated with simulations of complex snowmelt processes, including those associated with severe weather. These new spatial estimates of runoff will help us better understand these complex snowmelt processes. enhancing our ability to model them and thus allowing us to revise our estimates of sea level rise in the future.”