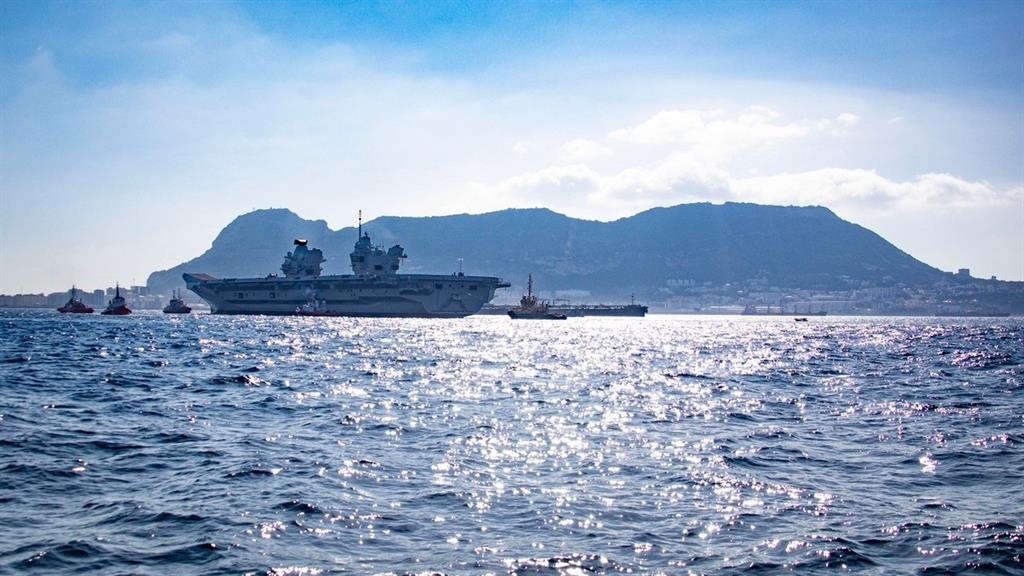 Gibraltar on Tuesday welcomed the aircraft carrier HMS Prince of Wales, its first visit to a port outside the United Kingdom, for a brief logistical stopover in its operations, which will continue until 10 July.

According to the Gibraltarian government, the aircraft carrier based in Portsmouth has thus completed an “intensive” testing process and training period off the south coast of England, following some of the updates and improvements that the ship received during the year 2020.

In addition, the ship is at sea for the first time with its twin aircraft carrier, ‘HMS Queen Elizabeth’, and is capable of operating with the latest generation F35 Lightning 2 fighter aircraft.

In this way, these aircraft carriers manage to make a “significant” contribution to NATO’s defense together with warships, submarines, helicopters and the United Kingdom’s F-35 aircraft.

Regarding the period in which the ‘HMS Prince of Wales’ underwent various tests, he refers to the many milestones that have enabled it to “move towards full operation” as an aircraft carrier. . Among them, they have included the “long boarding” of various aircraft squadrons, such as the 656 Squadron of the Army Air Corps and the ‘Wildcat of the Naval Air Squadron 825’ maritime attack helicopters.

Similarly, the ‘Royal Navy’ has assured that they “work” to train new personnel in air operations in the same way they “update” veterans.

In this sense, Captain Darren Houston, the commander of the ‘HMS Prince of Wales’, has said that the voyage to Gibraltar is “a special run”, as this is where he will hand over command of the ship to a “new commander”. Captain Stephen Higham.

See also  According to a senior British military official, the United Kingdom will launch covert missions of its special forces against Russia and China