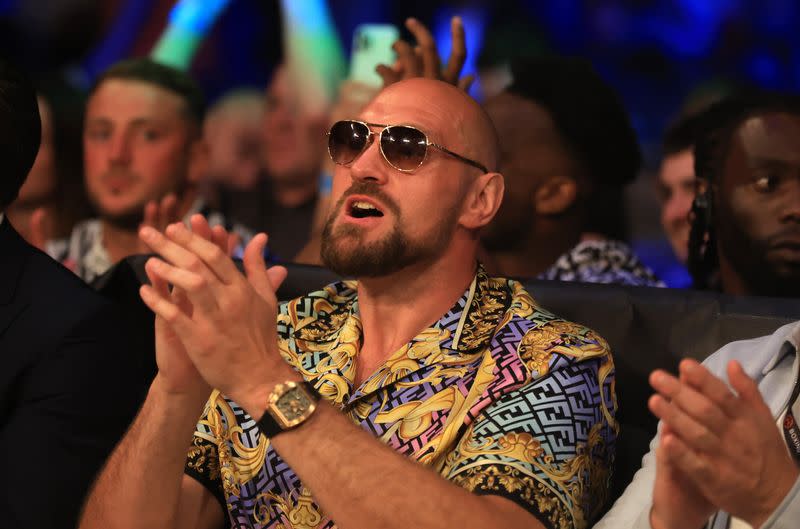 LONDON (Reuters) – World champion Tyson Fury on Monday launched a public challenge to Anthony Joshua to fight the “Battle of the United Kingdom” for the WBC heavyweight boxing belt.

Joshua, 32, suffered his second straight loss to Ukrainian WBA, WBO, IBF and IBO champion Oleksandr Usyk in a rematch in Saudi Arabia last month, and said he wanted to get back in the ring before the end of the year.

Fury announced in April that he was making good on his promise to his wife to retire, however, he has since said he would fight again.

“I think everyone has heard that I’m going to fight for the next couple of months,” Fury said in a video directed at the former champion on social media.

“Anthony Joshua, I know you just lost a fight with Usyk and now lost the power, I would like to give you the opportunity to fight me for the World Heavyweight Championship and the regular championship in the next few months.”

Usyk said after the battle of Jeddah that he was only interested in fighting with Fury. However, media reports said he will not fight again this year for rest and spending time with his family.

“If you’re interested, I’ll send you the date and we can fight,” Fury told Joshua in the video.

“The UK’s fight for the WBC World Heavyweight Championship. Tell me if you’re interested, and if not, I’ll pick another opponent.”