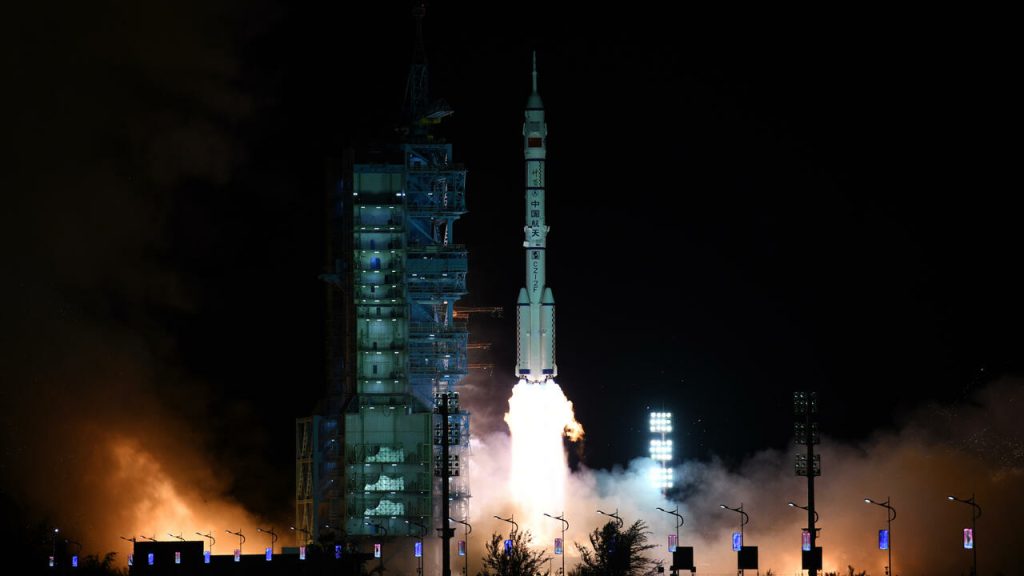 Beijing (AFP) – China’s space adventure, begun more than 60 years ago by Chairman Mao Zedong, reached a new stage on Saturday with the return to Earth of three astronauts who completed the country’s longest manned mission to date.

China is investing billions of dollars in its space program to try to catch up with Europe, the United States, and Russia.

These are the main stages of the conquest of Chinese space:

Shortly after the Soviet Union launched Sputnik into orbit in 1957, the founder of the People’s Republic of China, Mao Zedong, declared: “We, too, will make satellites!”

It took more than a decade, but in 1970 China launched its first satellite, Dongfanghong-1 (“Red East-1”), named after a song for Mao’s glory.

The rocket that puts the satellite into space is called the “Long March,” a name reminiscent of the Red Army’s voyage that allowed Mao to establish himself as the leader of the Chinese Communist Party.

In 2003, the Asian giant sent the first Chinese into space, astronaut Yang Liwei, who circled the Earth 14 times in 21 hours.

It is the third country after the Soviet Union and the United States to send a human into space by its own means.

China was deliberately excluded from the program of the International Space Station (ISS), which brings together Americans, Russians, Europeans, Japanese and Canadians, and it was decided to build its own station.

To achieve this, it first launched a small space unit, Tiangong-1 (“Heavenly Palace 1”), which was put into orbit in September 2011. It serves astronaut training and medical experiments.

Tiangong-1 ceased operations in March 2016. The laboratory was considered an initial stage in the construction of a space station.

And in between, in 2013, China placed the remote-controlled “Jade Rabbit” small robot on the moon’s surface. This is his first success on the Earth’s satellite, where he plans to build a base in cooperation with Russia and send astronauts in 2029.

China’s space program suffered a fiasco in the summer of 2017 with the failed Long March 5 launch, which is crucial as it allows the heavy payloads needed for some missions.

This setback led to the postponement of the Chang’e 5 mission for three years, which was finally implemented in 2020, and allows samples from the Moon to be returned to Earth, something that has not happened in 40 years.

And China scored another success in January 2019 with a world first: another remote-controlled robot, “Jade Rabbit 2”, landed on the far side of the moon.

In June 2020, the country launched the last satellite to complete the Beidou navigation system (a competitor to the US GPS).

In July 2020, China sent the “Tianwen-1” probe to Mars, carrying a remote-controlled wheeled robot named Zhurong, which reached the surface of Mars in May 2021.

Scientists have mentioned a dream of sending astronauts to Mars at a distant horizon. Even the head of his space agency, Xu Honglian, mentioned a mission to Jupiter around 2030.

In October, a team of three astronauts blasted off at the Tianhe core module of the Chinese space station, which was launched into orbit in April 2021.

To finish assembling the station, called Tiangong (Heavenly Palace, in Chinese), they would need eleven missions to send more units and assemble them into orbit.

Once complete, the station is set to orbit within 400 to 450 kilometers of Earth’s surface for about 10 years, with the ambition of maintaining a long-term human presence.

In principle, China does not plan to use its space station for international cooperation, but officials said they are open to cooperation with other countries.