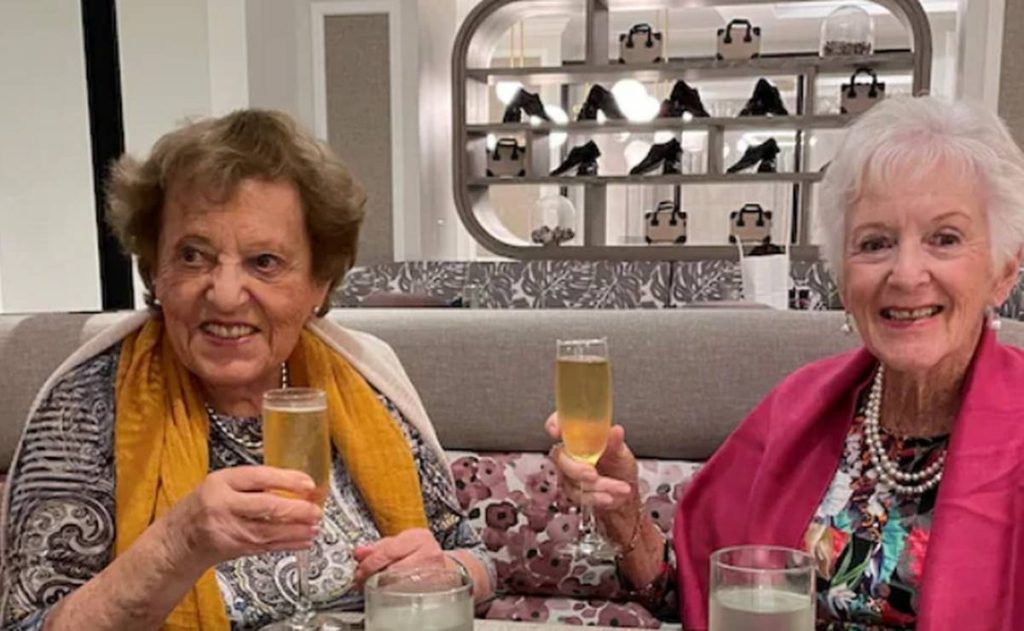 California, USA. Two Jewish friends separated at the age of nine to escape from Nazism They met more than eight decades later. Betty Grebenshchikov And Anna Maria Warenberg Join with the help of the Shoah Foundation, University of Southern California (USC), at United StateWho works to preserve the memory of the genocide like holocaust It was founded by Steven Spielberg.

In early November, at the age of 91, Betty and Anna hugged at a hotel in Saint Petersburg, Florida, where the former lives. Betty was part of a group of 20,000 Jews who settled in Shanghai during the Holocaust. Anna Maria and her family fled in November 1939 to Santiago de Chile, where she still lives.

“We had a feeling that we were always together. It was like we met yesterday. So comfortable! The best part was being next to each other and holding hands as we walked,” Betty told the Washington Post.

It was great to see two people who still love each other after 82 years. His daughter and son are now friends too. I’m very happy! Anna Maria pointed out.

Read also: A ribbon in Japan uses the swastika as its emblem; Experts explain why Nazi symbols persist in that country

The two friends bid farewell to a plaza in Berlin, Germany, and did not meet in person again. They have been scanning databases for years, looking for information that can help them with their searches, but have been unsuccessful, mainly because they changed their baby names.

Postponement of the epidemiological meeting in 2020

The meeting was only possible after an indexer from the Shoah Foundation noticed similarities in the foundation’s survivor testimonies. From there, they were able to roughly contact them in November 2020. Since then, they have been on the phone every Sunday. However, the face-to-face meeting was postponed due to covid-19 pandemic.

In addition to celebrating this moment with a toast, friends also exchanged gifts. Anna Maria brings home a Barbie doll dressed in a traditional Chilean dress, along with a framed picture of her and some jewelry. Betty gave her friend a small heart-shaped sculpture that matches her copy.

Read also: Auschwitz, a monument to memory and a tourist attraction for self-portraits: author of “Serge”

“The return of contact between these two extraordinary women after so many years is a sign of hope,” said the deputy executive director of the Shoah Foundation on Cory Street.

* Grupo de Diarios América (GDA), to which EL UNIVERSAL belongs, is a leading media network founded in 1991, which promotes democratic values, independent journalism and freedom of expression in Latin America through quality journalism for our audience.