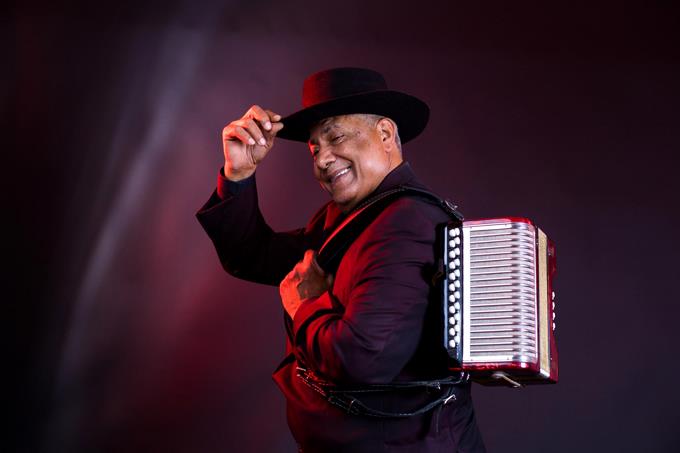 Typical merenguero Francisco Ulloa, well into his fifties in the music scene, urges new artists of the genre not to leave aside the essence of the original Dominican rhythm.

“Right now we have a new group of young people in typical music, whom we must adore, advise and guide. Sometimes I tell them that the only thing I don’t want is to remove the sweetness of the typical meringue, although it is true that you have to innovate, but with Preserving its essence, he said during an exclusive interview with the program “This Tomorrow.” “Which is broadcast on the 4RD channel of the State Radio and Television Corporation (CERTV).

With over 900 songs and a new record production setup, Ulloa is one of the fathers of a typical merengue along with many traditional musicians, including Tatico Henríquez, who was responsible for incorporating it into typical music in the 1960s.

“I met Tateco when I was nine, who when he saw me singing and playing my songs became interested in my talent and took me to Santiago to sing with him,” he recalls.

He also commented that his first introduction with Tateco Henriquez was in the town of Villa Vazquez with his song “No Rocking Chair” and he received a payment of 10 pesos.

He added that “La Rocking Chair” was one of the first songs he wrote with “Francisco no llora” and “El canto de Hacha”. The latter was recorded by Juan Luis Guerra, as well as “La Cosquillita” and “El Farolito”.

In this sense, he recalled that his first meeting with the interpreter of “La Bilirrubina” was on the program “Fiesta”, which was broadcast on Teleantillas, “when Juan Luis was starting the group and he approached me and said: I do not lose hope that one day I will record something with you and I said Him: “Do not worry and hold fast to God, whoever clings to the Lord will fulfill his dreams.”

Francisco Ulloa, with 50 years in music, has been an artist since childhood, because at the age of seven he played the accordion for the first time and since then he has already composed and sang his own songs.

Among his upcoming projects in music is a US tour in November 2021 or February 2022.

In the interview with Wendy Mora, Ulloa revealed that her dream is to have three great concerts in the country, in the provinces of Santiago, Santo Domingo and Puerto Plata.

“I want these shows to be free to the public and to celebrate with them 50 years of music, but I want to have the support of the Dominican government to be able to give this gift to the people,” he said.