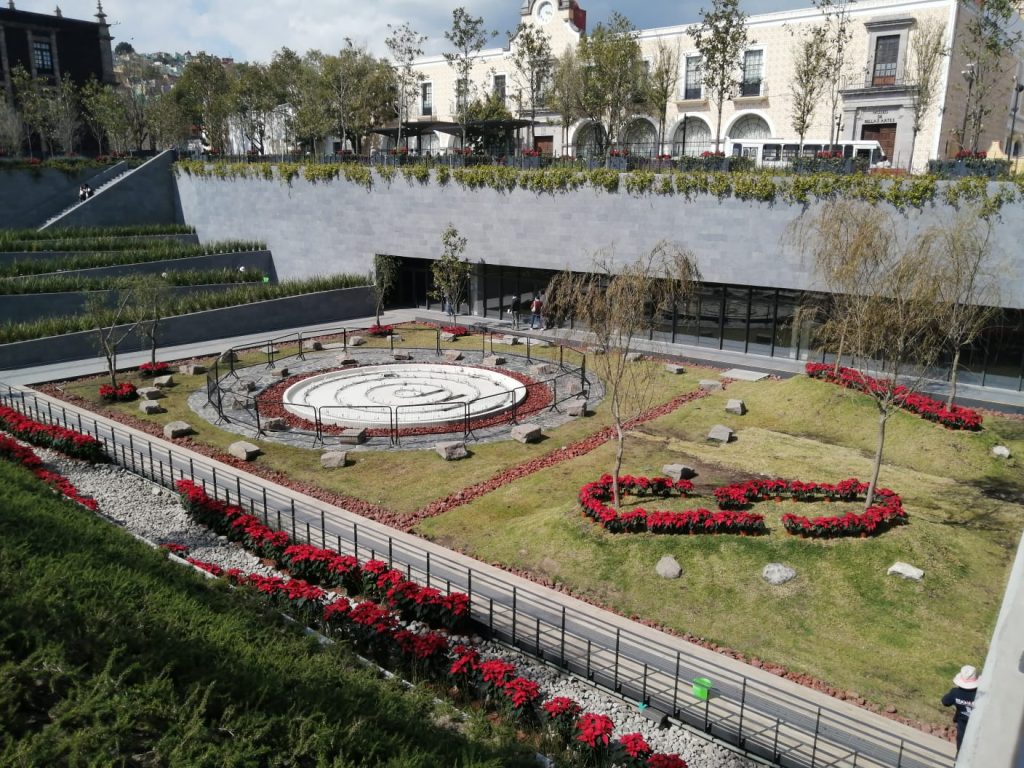 As part of the Christmas season, hundreds of pots of poinsettia flowers have been placed in the Fundadores Science Park, located in the center of the Mexican capital.

The Department of Urban Development and Labor of the state government reported that Total 2500 pieces make up the decoration.

This traditional Christmas flower can be seen throughout the site. In driveways and driveways, in planters, in all the green spaces and even on one side of the streets around the area.

The truth that is attractive not only to himVisitors to the recently opened business in the historic center of the city, but for people who travel in this part of the capital of Mexico.

Some visitors, such as Berenice Godínez consider good Request area decoration and not only this area for beautification, but other places like Alameda Central, Tollocan and Paseo Colón.

He also indicated that it is a good alternative Poinsettia flowers could have been planted in different green spaces and not just placed in plastic pots.

For Mr Vicente Felches, who is over 60 years old and a native of Toluca, Placing hundreds of pots is a novelty because he said that for a long time the area was perceived as drought.

I trust that pedestrians and the same neighbors in that area respect the place of decoration.

It should be noted that, as a safety measure, each batch of pots were interlaced from the stem of the poinsettias.