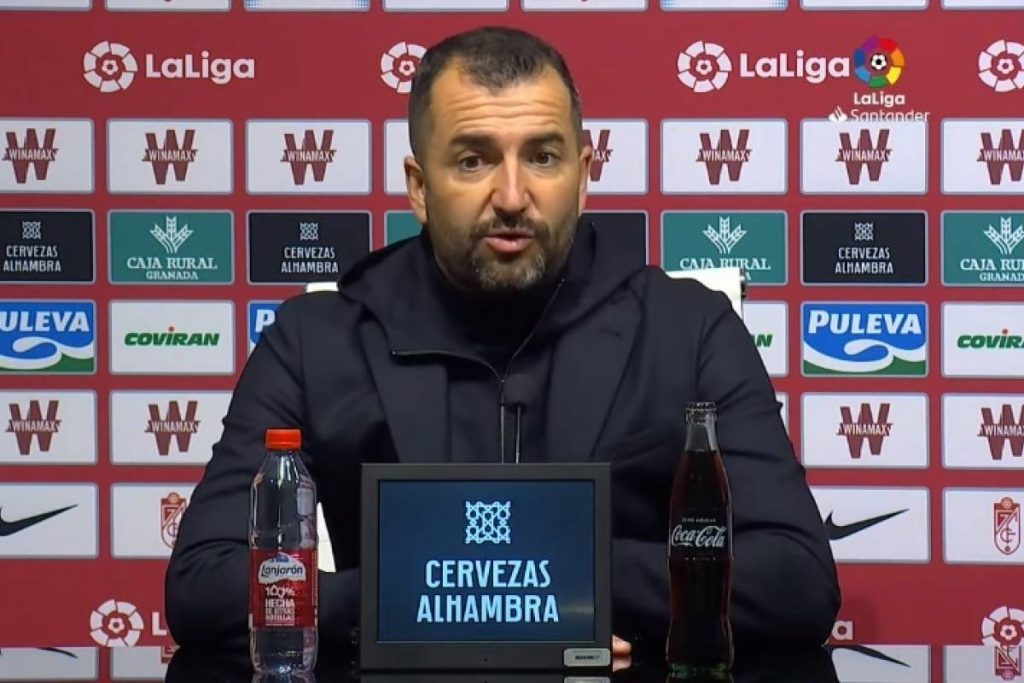 Granada coach Diego Martinez was “very happy” after his victory over Napoli (2-0) in the first leg of the 32nd round of the European League and confirmed that it was a “happy day” for all “Grenadines”.

“The team was at a very high level, it was a historic event, Los Carmenes dressed for the first time in the round of 32 against a great team like Napoli. We played a great game, we achieved a victory, a game Diego Martinez told Movistar: Good day everyone.

“We played three games a week since the first round, and until today we had to make a change in Vallejo, which is a pity. We tried to give the match what it needed at all times and with the ball we always had a lot of intent. Our attack was organized and on the counterattack we understood very well.” What the match demands. We ended up at home and it is clear that the team deserves the best mark. “

When asked about his team’s efforts, Diego Martinez was honest and confirmed that he did not know “what his players will be like” on Friday. “I don’t know, this is a triple effort, Saturday is already the pre-game against Huesca … It’s all very nice and I’m not changing it for anything, but the truth is it is costing us the world,” she cut.

“We cannot think of what happens after the next match. We do not have any relationship with Real Sociedad or Villarreal, our starting point is different because two years ago we were in the second division. This team has a lot of advantages and I will thank my players.”