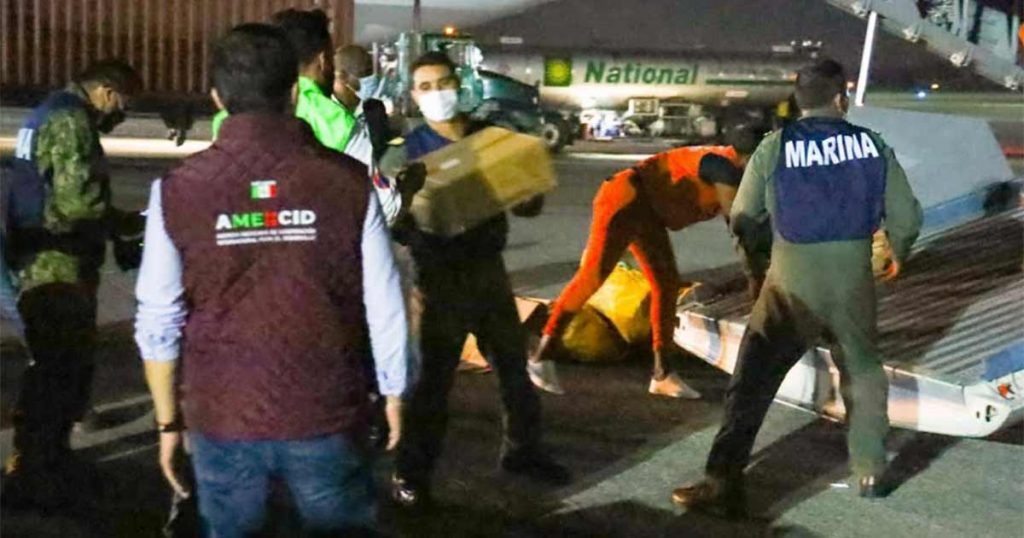 In one week, the Mexican armed forces airlifted 39 tons of food to Haiti, as part of humanitarian aid to the Caribbean nation in the midst of Hurricane Grace.

These days, the Mexican Navy and Air Force planes that transported humanitarian aid have faced adversity in the context of Hurricane Grace, which in its path crossed the Caribbean to finally reach our country.

Mexican resupply planes stopped at Cozumel, and from there resumed the flight to reach their final destination, for which they arrived at Port-au-Prince International Airport around 7:00 PM. CDMX time, to unload the plane and return to Mexico with this mission accomplished for the benefit of our Haitian brothers

The exercises obtained by the pilots of the Mexican Navy, allowed that early Friday, in the midst of the rains of the meteorological phenomenon that touched Quintana Roo, 4 thousand 623 kilograms of humanitarian aid will be transported.

The aircraft, which is operated by personnel from the Secretariat of the Navy and the National Defense Secretariat, contains wreckage removal equipment, (shovels, wheelbarrows), basic first aid equipment, non-perishable food, and cribs, among others, which exceed 20 tons have been collected. Through donations in the collection centers thanks to the support of Mexican citizens, private initiatives and organizations.

This transfer is part of the institutional work entrusted by the President of Mexico, Andrés Manuel Lopez Obrador, to the National Coordination of Civil Protection (CNPC) and the Secretariat for External Relations (SRE), which is responsible for coordinating the actions of the Health Secretariat. (SALUD), the Secretariat of National Defense (SEDENA), the Secretariat of the Navy (SEMAR), Mexico’s Ambassador to Haiti, Jesus Valdes Peña, as well as the Mexican Agency for International Development Cooperation (AMEXCID), who imparted support staff.