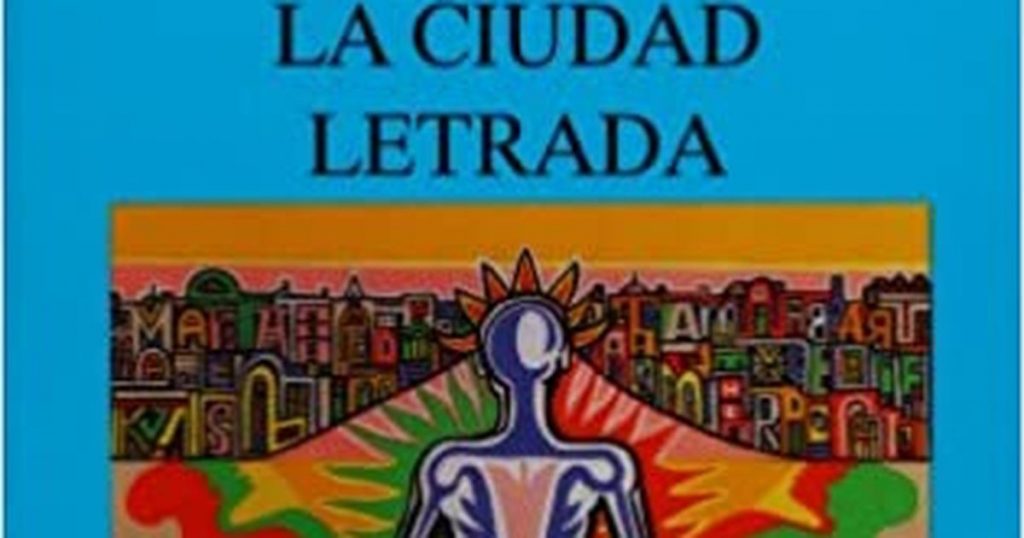 One. By Angel Rama, a Uruguayan critic, one of the articles with the greatest resonance was published posthumously within a work of unique importance in its own right. I mean the city with letters. There are six chapters: “The Regular City”, “The Educated City”, “The Biblical City”, “The Modern City”, “The Politicized Police”, “The Revolutionary City”. The starting point is that in the New World, from the remodeling of Tenochtitlan to the building of Brazil, the city reported a central utopia.

subordinate. As their titles announce, each part provides news of the stages passed in the process of both urbanization and writing. Identify phenomena that merge and dissolve at the same time.

three. In the edition prepared by Arca de Montevideo in 1998, Hugo Achugar laid out questions essential to a comprehensive understanding, then and now (that is now when cybernetics expands the boundlessly educated city, to a degree not reached by the printing press), the context of Rama’s work, and his place among Older Latin Americans, and the meaning of the article raised here (which I consider to be very useful regarding the future).

four. As a critic and educator, Rama represented an exception to a trend that has proven disastrous: a specialization that leads to a “fragmentary reading of Latin American culture”, to the utmost glorification of the province, with its dual meaning of local language isolated from aspects of society. On the contrary, what he was practicing was a reading of a Latin American synthesizer, a living and paradoxical body in constant tension.

five. The Uruguayan was listed as Cuban Martí, Dominican (ultimately Mexican) Henriquez Urreña or compatriot Quijano (Don Carlos, the person from Marcia magazine, with whom I became friends in Mexico), to name a few. Few names (among which I note the absence of Alfonso Reyes). Like them, think of Latin American culture as a whole, not without its wonders and monsters. Arca promoted the same La Biblioteca Ayacucho.

six. Ashkar asserts that not only does he respond to the vision that Rama bestowed on the continent, but that it is a test of America as a “historical construct of its culture” through a powerful and omniscient image, an institutional desire. A type of sociobiology investigated in rallies and counter-message rallies and their staff. This does not stop only within the boundaries of the “peripheries of the present”. which we already separate ourselves from the unknown.

Seven. Accordingly, Achugar essentially declares: “A critical reading of reality, the essential reading of Latin American culture, Angel Rama’s work helps dismantle the formal and metropolitan stereotype—the only thing that seems to us important—.” I say that there could be no better invitation to peek for the first, or second, or third time, into a thrilling rehearsal.

eight. And the surprises are endless. In the ‘acknowledgment’ that opens the book, Rama provides sterile references to the rationale for his article (Harvard, 1980, extensive exchange with another lecturer, Claudio Velez; new participant now at Stanford University at the invitation of Richard Morse; preparing to conclude his syllabus), as politics on personal circumstances. . Nothing more and nothing less than the refusal to approve his visa, which would force him to leave the United States (announced at the time at the University of Maryland).

nine. Expressions of solidarity with the author by colleagues, liberal thinkers and students achieve their goal: their continuation outside the Manu army in Uruguay. Rama describes it in terms that lost time was rewarded with the solidarity of the fighters, as well as that he found the United States a potential place of exile.

See also  The space. NASA launches a probe to study asteroids in the orbit of Jupiter

Once. Previous experience is inevitably reflected in the article, which is reconfirmed appears posthumously. The cultural history that is told about the city’s sign in Latin America moves from tyranny to revolution, beginning with the remodeling of Tenochtitlán and ending with Los de bajo by Mariano Azuela. That said, very industrially.

sweet. I in no way pretend to arouse the reader’s curiosity. There is the book, I trust digitizing. What I care to note is that Letters and the City, among the great symbolic productions, have long been in a deep crisis, and those electronic communications and this unfit epidemic have exacerbated. The city and the book are transformed, they become distorted. Model Document, Documentation, Meditation, What Was, Book of Rama; An indication of possible paths we should follow and perhaps inhabit and read.

pass. The urban (in the sense of space) and literary (in the sense of language) adventure of Latin America in past centuries deserves today the attention it has not paid in its development. Not by non-professionals. And now nature is cultivated, degraded, plundered.