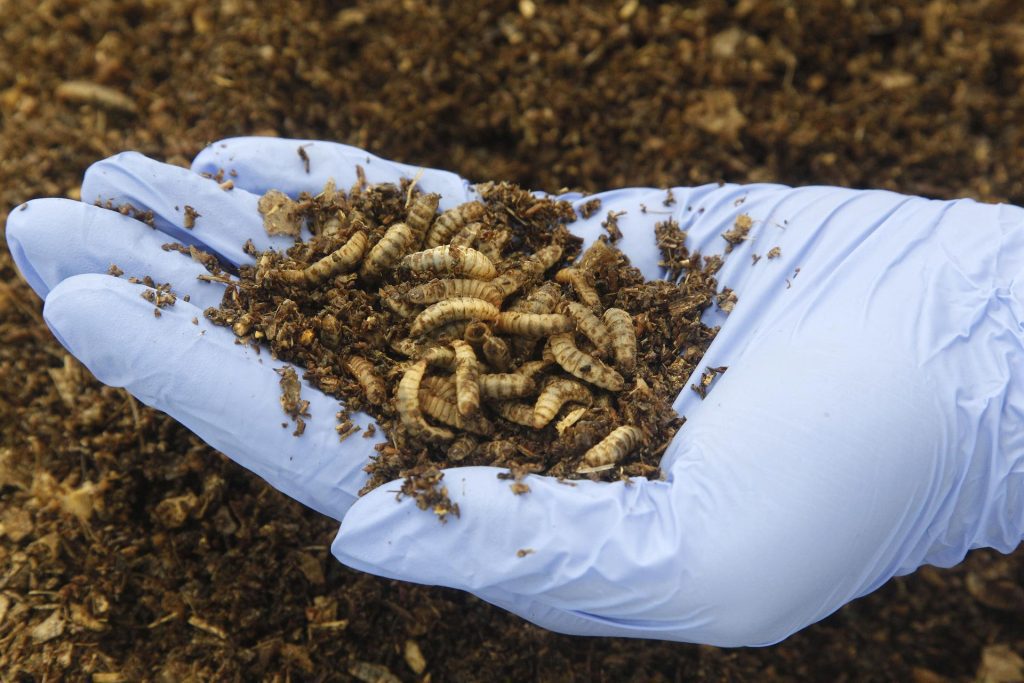 Guzmán Robador (EFEverde). – Several European countries, including Spain, are participating in an ambitious project that aims to prove that urban waste of biological origin, about 75% of which is deposited in landfills, can be converted into valuable bio-products by applying the concept of circular economy and the contribution of technologies innovative.

The project, named «WaysTUP!» , funded by more than nine million by the European Union, although its final cost has risen to eleven million, and was developed in a context where the Old Continent promotes circular economy and sustainability in relation to the reuse of waste generated in urban areas with the active participation of citizens in collection campaigns selectivity to meet the increase in the world’s population, the expansion of food and feed needs, and climate change.

Coordinated by Agriculturs de la Vega de Valencia (SAV), «WaysTUP!» It has nearly thirty partners, among others, the University of Alicante (UA), the Valencia Agricultural Research Institute (IVIA) – an independent entity of the Generalitat Valenciana – Center for Research in Energy, Environment and Technology (CIEMAT) – Attache Agency of the Ministry of Science and Innovation- and the Valencia City Council .

Its peculiarity is that pilot plants will be developed in different European cities – Alicante, Valencia, London (United Kingdom), Prague (Czech Republic), Athens (Greece), L’Alcúdia (Valencia), Terni (Italy) and Crete (Greece ).) – Each will be working on specific urban bio-waste, explained, in an interview with Efe, the principal investigator on the project at UA, Santos Rojo, who belongs to the Department of Environmental Sciences and Natural Resources and who coordinates A of these facilities, which deal with meat products and fish waste. and coffee derivatives.

In other plants, other bio-waste generated in the urban area will be processed to obtain, depending on each case, coffee oil, bioethanol, bio-solvents, bioplastics, biochar, and even additives for food use or proteins derived from insect biomass.

One in Valencia, operated by SAV, the other in Alicante, coordinated by UA, connected to each other, so that the first is dedicated to the generation of oils, collagen and gelatin Residues from meat, fish and spent coffee beans, It sends the residue by-products of this conversion to the second, which uses it to Flour production from black soldier fly larvae (Hermetia ilucens) With great interest in animal feed and bio-fertilizers derived from the biological evolution process of the insect.

Santos Rojo’s research group, Systematic Biology Applied to Insects, has more than twenty years of experience in the controlled breeding of different species of Dipterans of interest in pest control, their use as pollinators or in biomass production. Biotransformation of waste and by-products, as in the “WaysTUP!” project.

Numerous scientific studies have proven the suitability of insect meal as a source of high-quality protein in animal nutrition. Rogaux explained that current European legislation allows the use of these products in the feeding of pets, aquaculture, pigs and poultry, although only when insects feed on certain types of by-products, especially of plant origin.

UA is carrying out the technical work needed to implement the “WaysTUP!” project. But in cooperation with Bioflytech, which will carry out the industrial development of the pilot plant in its facilities.

See also  IMF: Mexico's inflation is imported from the US

“Black soldier fly larvae are an innovative source of protein and fat, among other bio-derived products,” said Rogow, who revealed that IVIA will test this insect’s meal as an ingredient in an experimental compound feed for broilers — not intended for the consumer — to determine how it affects their growth and meat quality compared to the feed. Usually used in poultry farms.

The source of protein in animal feed’ is generally soybean meal or sometimes fish or meat. What it’s about is the ability to replace these sources, many of which are of a low degree of sustainability, with insect proteins, which have the advantage of being able to get them through a circular economy and in a more efficient way” (for example, raising insects generates few greenhouse gases and their facilities do not take up much space), Rogaux noted.

And plans «WaysTUP!» , which began in September 2019 and ends in August next year, to assess the economic profitability and feasibility of each of the pilot plants. EFEgreen