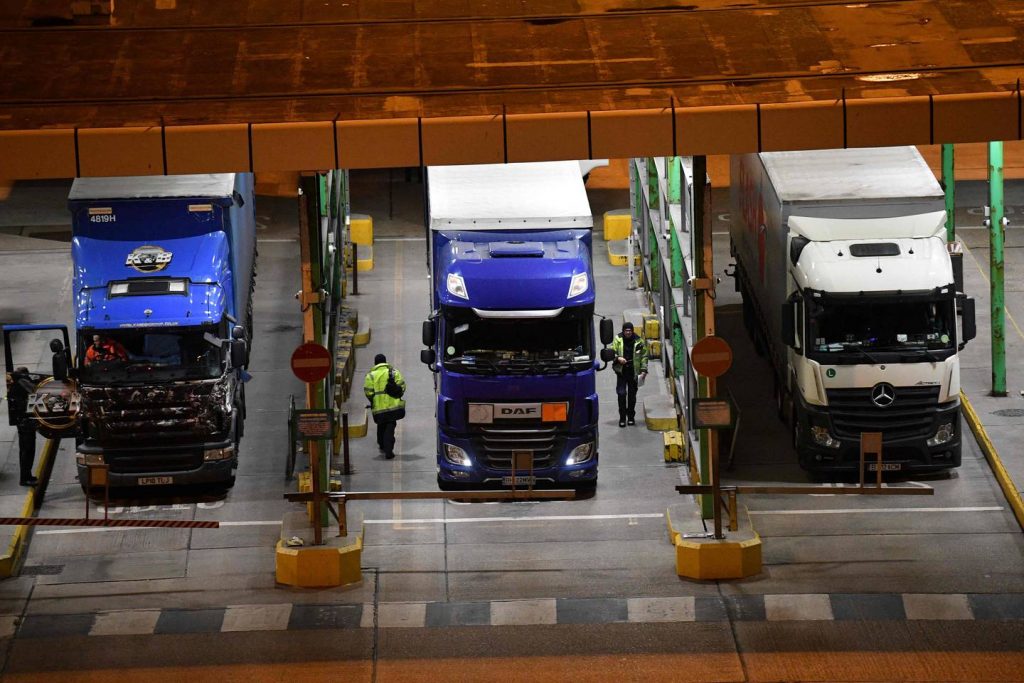 Europe faces a shortage of 400,000 truck drivers and transport companies are finding it difficult to hire due to low wages and difficult working conditions.

The shortage was felt before the pandemic but was exacerbated by the post-pandemic economic recovery, particularly in the UK where, combined with the effects of Brexit, it triggered a crisis.

But all countries will be affected: Poland has a shortfall of more than 120,000 truck drivers, Germany about 60,000, and Spain 15,000, according to a study by British transport consultancy TI.

“The reasons are multiple,” Violeta Kikarovska, who prepared the study for Transparency International, told AFP.

“The number of drivers is getting old, young people are not attracted to the trade, working conditions are not good, and wages are low,” he explained.

In some countries, the end of compulsory military service has left companies in the sector deprived of trained drivers.

At the large Solutrans logistics hall, which opened near Lyon on Tuesday, various training institutes are trying to lure candidates by having them drive a large truck in a simulator.

“It’s a profession with enormous responsibilities” said Regis Garcia, of Afterral Training Center, which has developed a lot in recent years.

“It’s not necessarily simpler, but it’s less mechanical and physical, and with more electronic assistance,” he added, “and drivers travel shorter distances than before.”

Technological innovation may change the situation, too: Dyn’Acces has succeeded in Solutrans with a telescopic platform that allows a driver in a wheelchair to sit behind the wheel of a large truck.

In France, companies are short of 40,000-50,000 drivers, double what it was in 2017, through the National Road Transport Union, which has doubled down on its communications efforts.

In the Rhône-Alpes region, drivers rank first in the five most in-demand jobs. The French agency Paul Employe is searching in the region for 6000 long-distance drivers and 3,000 short-distance drivers.

“We tell companies that they should think about their brand, the well-being at work, that rewards, and mentoring are needed. Knowing how to hire also means knowing how to take care of their paycheck,” said Marina Verbier-Gruebel, of Paul Employ.

The research includes young people, wage workers in re-conversion and the unemployed. Women, who make up a small part of the drivers, are also “in great demand.”

Training costs range from $5,400 to $8,400, sometimes paid by your employer or public assistance. Vocational training has developed a lot, and a big truck license can be obtained from the age of 21.

Some young people are attracted and are seeking a license. “You don’t have your boss by your side and I’d rather walk outside than downtown,” said Pierre Nguembo, 29, a former delivery worker in Toulouse.

The future driver has extra hours to improve his income.

Part of the solution is currently being decided between carriers and unions.

In their negotiations, employee representatives are demanding measures to improve the health and well-being of truck drivers and a reassessment of 10% of salaries, starting at minimum wage.

Employers’ organizations were in favor of the increase from 3.5% to 4.5%, according to the CFTC. The CGT and CGT-FO unions have pulled out of the negotiating table and can plan to mobilize before Christmas.

CFTC Thierry Doyen warned: “The pyramid of ages is very, very strong in transport (…) we will run into difficulties, as seen with Brexit.”

We demand a balance between professional and private life. Nobody wants to work every weekend, every night, every vacation. “We want to rotate so that people have a quality of life at work,” Doyen told AFP.