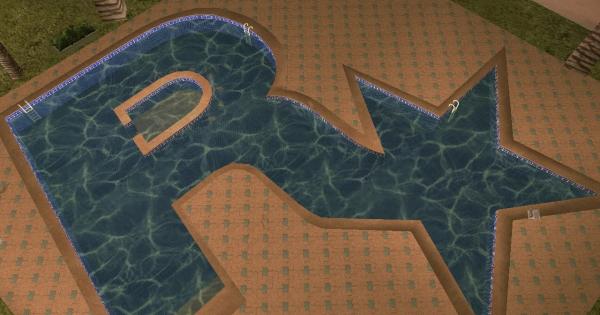 Grand Theft Auto: The Trilogy – Ultimate Edition It promised to bring the glory of the franchise’s first 3D installments to modernity. Unfortunately, the reality turned out to be different, as this group hit the stores with a lot of errors, visual problems and, in general, work of re-mastering Leave much to be desired. Now, fans have found yet another detail that will no doubt do nothing more than anger the community.

Specifically, two players found the Rockstar Games logo to be different in one section of the game. Of course, it’s a minor detail, but it reveals the poor workmanship and lack of attention to detail that the studio responsible for this redesigned set had.

Discover: GTA: The Rain in The Trilogy Definitive Edition is awful, so modders fixed it

GTA: The Trilogy turns the Rockstar Games logo into a Star of David

The error can be found in the question Grand Theft Auto Vice City. In one part of the city we can find a mansion that has in its backyard a huge swimming pool in the form of the company’s logo.

While the logo is correct in the game, its representation in the mini-map is noticeably wrong. It should be remembered that the Rockstar Games logo is an “R” accompanied by a small five-point star, although one of them is directly related to the letter, which creates an optical illusion that there are only 4 points.

In case you missed it: Poor fans of GTA: Vice City remaster appear with an unofficial PS Vita port

Thus, in the mini-map, we can see that the star has its 5 visible points, making it appear that it actually has 6 points in total. The result is clearly reminiscent of a David star rather than the Rockstar Games logo.

After this discovery, dozens of players did not miss the opportunity to mock the group and express their anger by the way. We hope that complaints from the community will cause Rockstar Games and Grove Street Games to improve the title through updates.

But tell us, have you already tried the title? What do you think that? Let’s read to you in the comments.

Find out the space picture taken on your birthday – FireWire