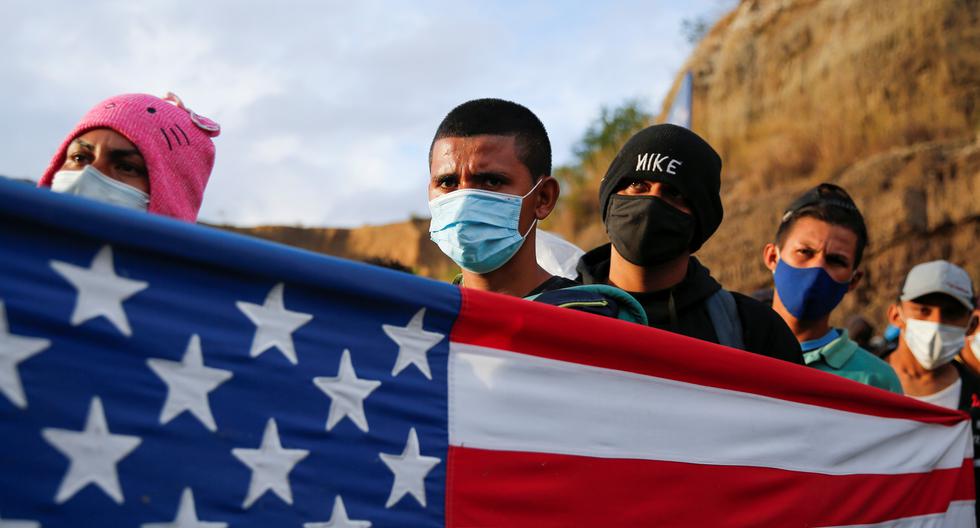 Some of them are billionaires who have funded Republican campaigns and reached conservative members of Congress with a simple phone call. Others have difficulty finding employees in the agriculture, construction, or technology field.

There are hundreds of businessmen from around the world United State who have raised their voices to pressure conservative members of Congress who are reluctant to embark on immigration reform.

The vast majority does not support opening borders or amnestying the nearly 11 million immigrants living illegally in the United States, but they do support changes to immigration laws that have not been updated in decades.

Its main goal: to approve regulations that give legal status and allow millions of foreigners living in the country without a work permit, and that facilitate entry on visas for immigrants trained or willing to do tasks locals do not want to do..

“If we can give a path to legalizing those who are undocumented, our workforce will grow, and our employees will be more productive,” said Woody Hunt, a billionaire from Texas, a construction and finance entrepreneur. He contributed money to Republican campaigns and became one of the business leaders lobbying conservative lawmakers.

For many of them, priority in laws, such as those approved in March in the House of Representatives, regulate the legal status of young dreamers who arrived as children with their parents and allow them to legally work in the agricultural sector. People who have lived in the country illegally for decades.

The ruling Democratic Party has a slim majority in the House and Senate. For bills passed in the House of Representatives to become law, they need the support of at least 60 of the 100 Senators.

Immigrants are a vital part of the American economy. According to the Ministry of Labor, foreigners account for about 17% of the workforce, and work primarily in the service sector, natural resources, construction, maintenance, and transportation.

About 10.5 million immigrants live in the United States without a legal permit, according to the Pew Research Center, a Washington think tank. About 7.6 million of them work and contribute billions of tax dollars each year, even though they do not receive benefits like US citizens, according to the Institute for Tax and Economic Policy.

Many entrepreneurs, such as Hunt or fellow Chicago electrician John Roe, have been pushing for changes to immigration laws for years. Others, like Marty Kotis, a Republican developer from North Carolina with investments in restaurants, joined the lobbying campaign recently.

Among them there is a wide political spectrum, but some experts argue that it is possible with the change of government that some Republican businessmen did not fully agree with the harsh policies implemented by the previous administration of the president Donald Trump You now feel more comfortable speaking.

Even businesses and companies themselves have ramped up their efforts in recent months.

One, for example, is the American Business Immigration Alliance – better known as ABIC – has expanded its local chapters from a few states such as Florida and Texas to more than a dozen states, including conservative areas such as South Carolina, North Carolina. , Indiana, Utah and Idaho, thereby adding hundreds of entrepreneurs.

“Business priorities have not changed,” said Daniel Costa, director of immigration policy and research at the Economic Policy Institute at Washington. He explained, “The main difference is that under Trump, most people knew there was no way immigration reform could be passed…but now there is a president willing to sign the immigration bill and sign it into law.”

One of President Joe Biden’s first tasks after taking office in late January was to send a sweeping immigration reform bill to Congress and reverse the anti-immigration rhetoric of the Trump administration, which has on several occasions labeled immigrants as criminals. They took jobs from the Americans.

Biden, whose bill would need the support of both parties to pass, has promised more humane immigration policies, and while he has warned Central American immigrants not to come into the country, he is facing what some have described as a border crisis due to the arrival of thousands of asylum seekers. to the border.

This border situation could have become one of the main obstacles to immigration reform.

The more conservative Republicans have accused Biden To encourage the arrival of immigrants, even senators like Lindsey Graham, who was one of those who introduced the DREAM Act with fellow Democrat Dick Durbin, recently said he does not support legalizing anyone until the border situation is under control.

“There are certainly concerns that the increase in asylum seekers at the southern border is really complicating the debate,” Hunt said.

In a recent virtual forum organized by ABIC, the same more moderate Republican lawmakers, who support changes to immigration laws, acknowledged the challenges created by the situation at the border.

After emphasizing that approval of changes to agricultural worker immigration laws “is the highest priority,” Idaho Republican Representative Mike Simpson explained that the main difficulty lay in the situation at the border.

“The crisis has made it difficult and almost toxic to even mention the word immigration,” the congressman said.

To impress the Republicans, businessmen collaborated with a range of people and organizations, from Democratic lawmakers, immigration activists, union and religious leaders, to university presidents and young dreamers. They talk on the phone with lawmakers, participate in virtual forums and conferences, send letters to Congress, and organize events on the importance of changing the immigration system.

Some do it independently. Others are ABIC, the New American Economy, the National Immigration Forum or the US Chamber of Commerce, which recently launched a campaign to increase work visa quotas and implement immigration reforms that help expand the hand of local business.

Their role: To act as a bridge between these sectors and conservative legislators, providing a message of support for immigrants.

John Rowe, a Republican businessman from Chicago He was asked by Democratic Senator Dick Durbin to muster the support of ten Republican senators.

For Shay Myers, the Oregon businessman who donated 40,000 kilograms of asparagus at the end of April because he did not have the employees to harvest it on his farm, immigration laws that allow more flexibility in hiring temporary workers from Central America or Mexico, or legalize those already in the United States.

“We need them,” Myers said at a virtual conference with lawmakers from both parties and business. “We need it to be able to provide food to consumers, and we need it to keep our operations active and profitable.”