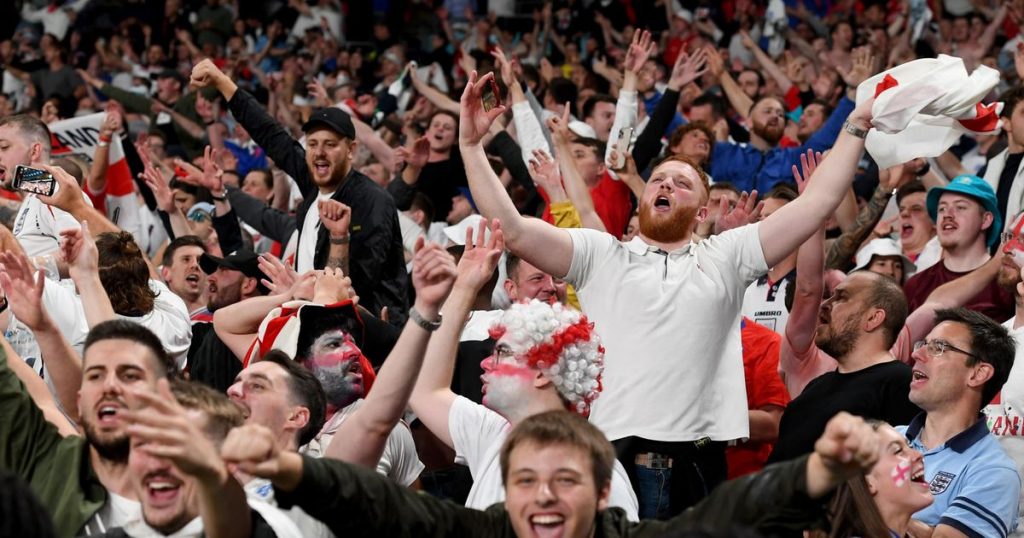 The researchers said the coexistence of people from different countries during the European Cup may cause COVID-19 infections among English men to be higher than among women.

According to a study led by scientists at Imperial College London, English men were 30 percent more likely to test positive than women between June 24 and July 5.

However, the researchers said at a press conference that the risk of contracting the virus is usually more or less equal, and the difference may be related to meetings to watch the sporting event.

“There is a lot of evidence that a gathering indoors is more likely to lead to transmission than an outdoor gathering,” Stephen Riley, professor of infectious disease dynamics at Imperial, said at the press conference. “Football could be the reason why more men are having more social activity than usual.”

last week, German Chancellor Angela Merkel has suggested limiting the size of European Cup fans at London’s Wembley Stadium, saying it could contribute to the spread of the virus. Pubs and bars in the UK are also filling up with fans as England has moved into the later stages of the competition.

Riley stressed that the study did not directly investigate the reasons for the differences in rates, and that the relationship with the football championship is speculative.

“My first thought would not be immediately about the stadium and its immediate surroundings, but rather it would be about the general behavior of the residents,” he said.

Infection rates in England have quadrupled to 1 in 170 people compared to the group’s most recent research round, which looked from May 20 to June 7.

Significant increases are found in London and in younger age groups, who are least likely to receive full vaccinations. According to the report, the number of new cases is now doubling every six days.

Despite this, the UK government is preparing to ease most of its pandemic-related restrictions from July 19, with more than two-thirds of the population having received full vaccinations.

Prime Minister Boris Johnson is working to bring life back to normal in society and encourage the public to “learn how to live with this virus”.

The data in the report showed that vaccines, especially complete two-vaccine regimens, work to reduce COVID. According to the report, infection rates for fully vaccinated people under the age of 65 are three times lower than for unvaccinated people of the same age.