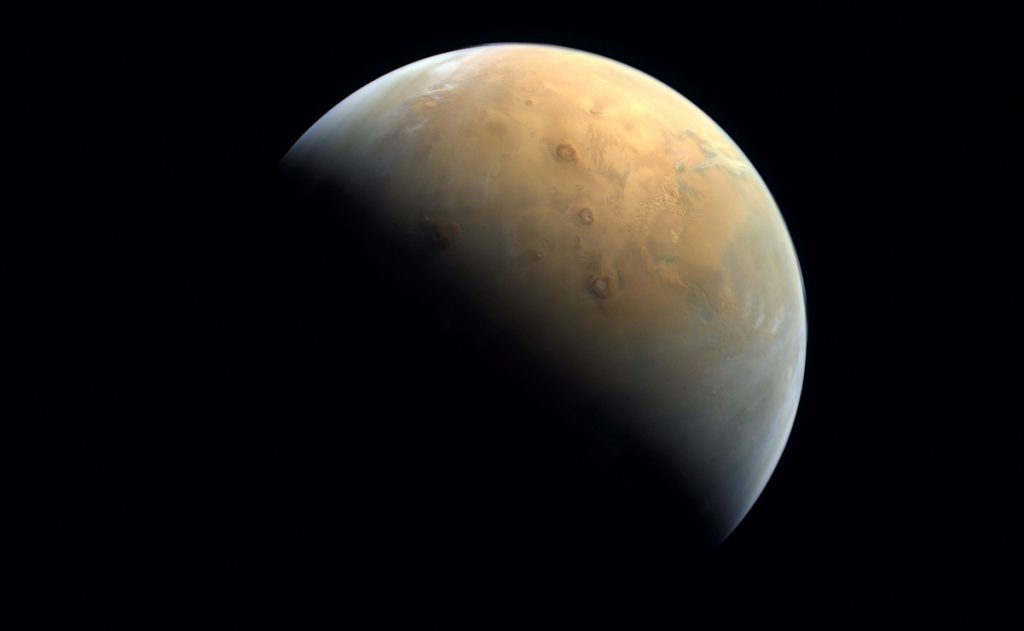 The Emirati Hope Probe (Amal) Today took the first photo of Mars After entering successfully managed Red planetHe plans to study the climate and atmosphere to answer questions that have not yet been answered.

“The first image of Mars taken by the first Arab probe in history, 25,000 kilometers above the surface of the red planet,” tweeted the vice president The United Arab Emirates (Emirates) and a ruler Dubai, Mohamed bin RashidPromoting this mission is pioneering.

The first image of Mars taken by the first Arab probe in history, at an altitude of 25,000 km above the surface of the Red Planet pic.twitter.com/Qgh2Cn3JPF


The image taken by the Emirati mission was taken by one of the exploration cameras, with a “multi-wavelength camera to carry radiation that can capture 12-megapixel images”, from a height of about 25 thousand kilometers above the surface of Mars. According to the official Emirati news. Agency You are.

The agency notes that “the North Pole of Mars is in the upper left of the image. The Emirati mission to Mars captured the largest volcano in the solar system, Olympus Mons (in the middle), which appeared in the light of the morning sun.”

“We hope that this mission will lead to new discoveries about Mars that benefit humanity,” the Crown Prince of the United Arab Emirates tweeted, Sheikh Mohammed bin Zayed.

Sending the first image of Mars with the lens of the “Hope Probe” … Good news, new joy … and a defining moment in our history, inaugurating the UAE’s accession to the elite of the world’s advanced countries in space exploration .. God willing, this mission will open new horizons in the process of planet discovery. Red brings good for humanity, science and the future. pic.twitter.com/Gr24bgel0q


The United Arab Emirates, which has a population of only 9.8 million but large oil reserves, this month joined the few countries that have managed to place a probe in Mars orbit after the United States, Russia, the European Union and India, far ahead. China, and the first in the Arab world.