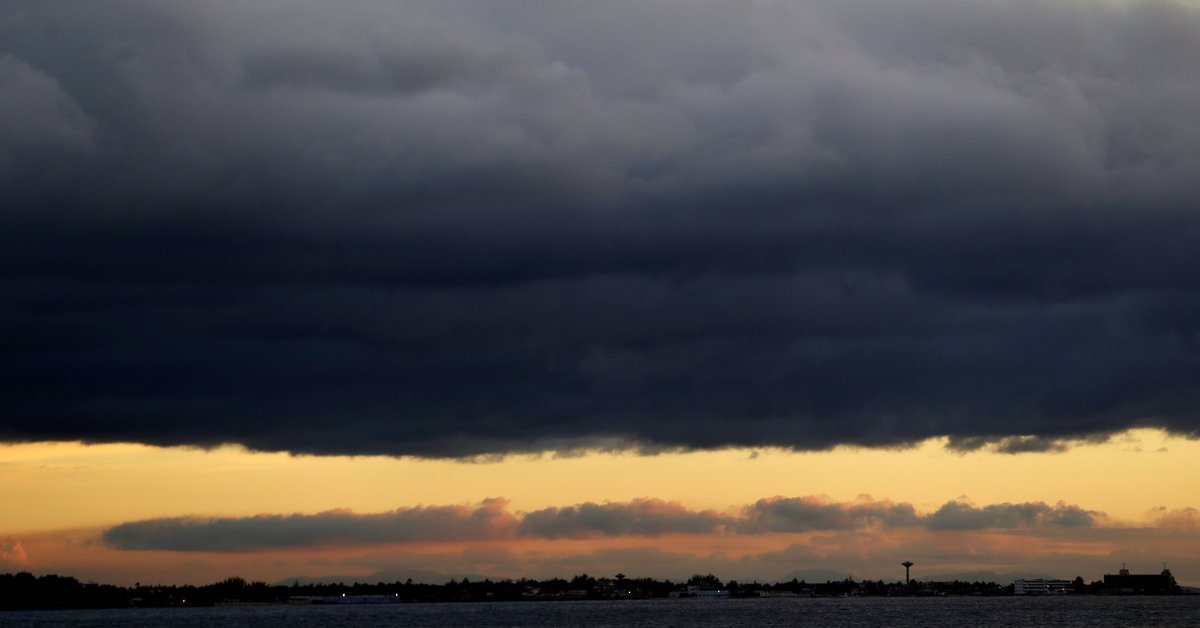 MIAMI, July 6 (EFE) — Tropical Storm Elsa is leaving Cuba behind and approaching the westernmost part of the Florida Keys before entering the Gulf of Mexico and moving north near Florida’s west coast, where It is expected to make landfall on Wednesday.
According to United’s National Hurricane Center (NHC), at 8 a.m. Miami time, Elsa was about 50 miles (90 km) west of Key West and 240 miles (385 km) from Tampa on Florida’s central west coast. State.
Elsa has maximum sustained winds of 60 mph (95 km/h), but a strengthening occurs when it occurs over the warm waters of the Gulf of Mexico and especially before it can reach another hurricane category. is expected.
The NHC has, among other alerts, issued a Hurricane Watch for an area of ​​the Florida coast between Egmont Key and the Steinhachy River in the north of the state, the area where land impacts could occur.
The storm is moving to the north-northwest at 12 mph (19 km/h) and will maintain that direction until tonight, when it turns to the north.
According to the forecast track, Elsa will pass near most westerly keys this morning and will pass near or over parts of Florida’s west coast for the rest of the day.
It will make landfall on Wednesday morning and then weaken, turn northeast and cross Georgia and South Carolina on Thursday in search of an outlet to the Atlantic.
Tropical storm force winds extend up to 70 miles (110 km) from the center of Elsa.
The entire portion of Florida involved in the trajectory has been declared a state of emergency by Governor Ron DeSantis, who this morning urged the population to be prepared for the storm and stay informed of the situation should changes occur.
He said that there are about 250 National Guardsmen (reserves) from Florida who have been called to help in this emergency.
In Miami-Dade, Florida’s southeast coast, Elsa’s passing along the west coast is expected to result in a rainy day, but will have no direct impact.
It is expected that search and rescue for victims can continue in the Miami-Dade site where a partial collapse of a building occurred on June 24, which was completely demolished to avoid a fall on rescuers on Sunday. I went.
So far 28 people have been confirmed dead and more than 120 are missing.
In addition to wind gusts, the region of Elsa’s trajectory may experience sea level rise as a result of a combination of hurricane wave and tidal, rain-induced floods, river overflows and tornadoes.
Elsa isn’t the first tropical storm to hit the US this year. Already in Claudette, Alabama, and in Danny, South Carolina.
The fifth tropical storm of 2021 in the Atlantic, Elsa also became the first hurricane in the Atlantic basin this year when it passed through the eastern Caribbean until reaching Cuba on Monday.