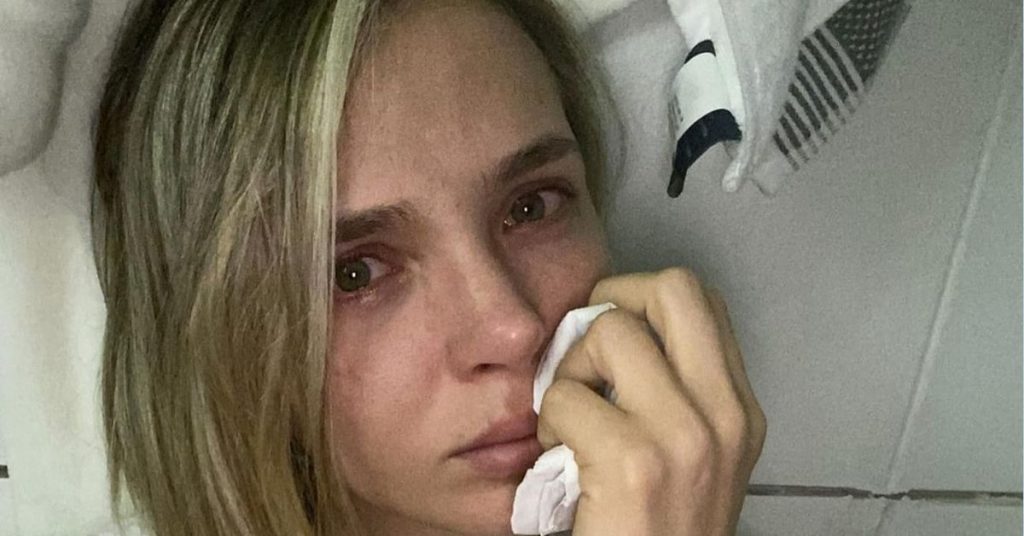 past weeks Elizabeth Louisa He is going through a rough time after several interventions after being a victim of biopolymers. The model has remained very active in her social networks, sharing with her followers the process of her recovery and putting them on alert so that they do not enter this world.

However, this weekend the Cali woman took to Instagram to denounce a sensitive situation that made her, once again, the victim of a millionaire heist. Through a video clip of more than five minutes, Louisa shared with his followers the call he is making to the bank with a picture of his reserve account movements.

According to Waisa, this wouldn’t be the first time he went through this with the bank he mentioned in their networks, several months ago he would be reporting the same thing with another account.

“They stole two Bancolombia accounts from me and this is not the first time. I told them a few months ago that 13 million pesos had been stolen from my Bancolombia business account, but after 4 days the bank returned it to me.”

Although the bank responded the first time about the lost money, this time Louisa informed the institution in order to respond, it replied that it would not be responsible for the lost money.

This time they entered two personal accounts where they managed the resources of two companies and stole more than 8 million pesos. Both accounts are entered with the same username and password. I called the bank and they told me that they have already given me an answer through that letter that they are reading it in the post and that they will not answer for the money. So there I don’t know what to do. To collect this money, many products have to be sold which is hard work from day to day. It’s unbelievable that their response is to change the password and username so they don’t steal from me again, but who will give it back to me? “Luisa wrote in the publication which has more than 100,000 copies.

This will not be the first time that Luisa has been exposed to such a situation, because at the beginning of the year, the model, through several posts on her personal Instagram account, denounced that she was the victim of a case of extortion and robbery during her trip to La Guajira.

“They extorted money from us, asking us to give them a motorbike that cost 200 million pesos. At night they did not allow us to leave the hotel, they were practically kidnapped ”, As the former candidate for the Council of Bogotá said in a first set of photos. According to the account, the events took place on the third day of a stay in a hotel in Cabo de la Villa.

According to a video posted hours later, the celebrity referred to two brothers who were allegedly guilty of the act. Lenny Palacios Bernier and Benny Palacios Bernier, who came to ask her, his traveling companions – an expedition organized by Columbia Off Road – a car and up to 15 million pesos.

“We ended up giving them 6 million pesos in cash. Corregidora and the district police were aware of the case but they did nothing”, handle.

Louaizeh explained that the events took place during the mission’s personnel, No less than 60 vehicles between 4×4 and UTV, boarded the lighthouse strip. “When we all got off, there was one of us because the organization had a photographer. It turns out that three trucks went up, they parked, and the UTV next to them got in and an angry man came with two stones in his hand screaming that they couldn’t stand there,” said Luisa, acknowledging that she wasn’t metropolis.

It was about a member of the Wayu ethnic group who was protesting because, apparently, they crossed his territory, causing him to damage the car and even give the said photographer a stone in the head, according to what was posted with the model.

Although there were clashes between different members of the parties, the situation did not escalate at that time and the whole group was able to return to the hotel where the extortion took place.

“When we leave the hotel they ask us to come in, and we can’t leave the hotel because there are people”, continuous. “When we got out, in the little shop next door there was a corregidora and there was a policeman. So we went to talk to them and they told us we can’t take the cars out, we can’t go out, and we have to organize with them.”.

Apparently, one of the leaders of the Wayuu group was dealt a severe blow during the confrontation, but according to the model: “We didn’t see the one who opened his head”, But due to this alleged infection, the residents of the area prevented the group from leaving and demanded to pay a very large sum.

“We ended up installing six million because no one had more money, that is, we met many people, the organization allocated two million pesos, and we put four million pesos to allow us to leave the hotel,” Caleña concluded.

After the draw with Paraguay, this is how Colombia remained in the qualifying place table
Rumors are growing about the engagement between Andrea Valderi and Felipe Saruma
See also  This is how you protect yourself from COVID-19 mutations