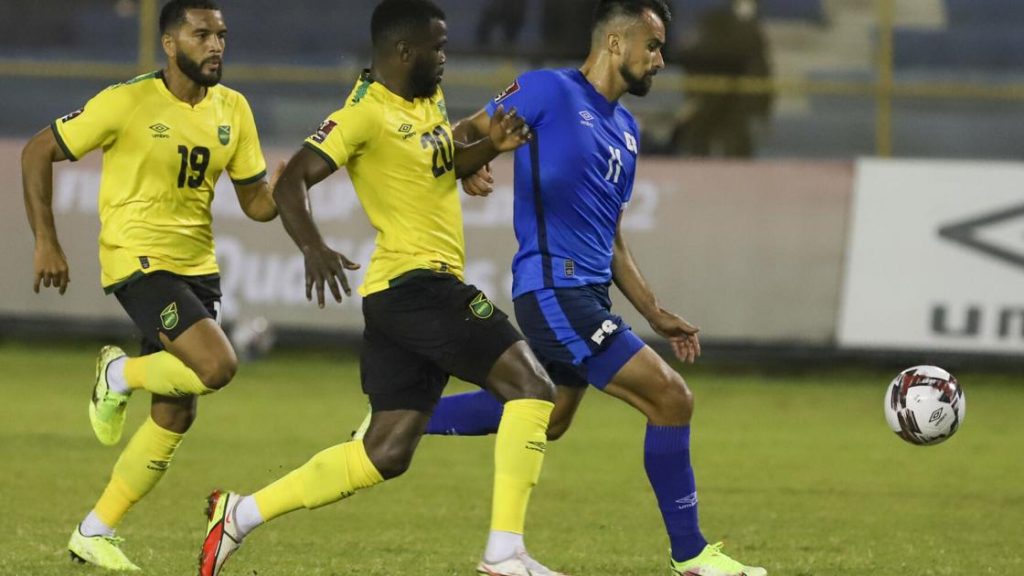 San Salvador (AFP) – An agonizing goal from Alex Roldan saved El Salvador a 1-1 draw against Jamaica on Friday, in a result that served both teams little in the final eight round of the CONCACAF World Cup qualifiers.

In the 81st minute, in a singles match that mocked the mark of two defenders, Caribbean striker Michael Antonio silenced the audience at the Cuscatlan stadium, by sending the ball into the net on the body of goalkeeper Mario Gonzalez.

The Jamaican striker from West Ham, entering in the last half, stood in front of the attack with balls when El Salvador was in a better position and looking to open the scoring.

Already at a disadvantage, Salvadoran coach Hugo Perez changed his team’s halt and sent more legs to the attack. The goal came with a high ball that reached between the pillars of Jamaica, where midfielder Roldan entered, who headed home goalkeeper Andre Blake.

Despite the painful situation, El Salvador cannot raise its head. It shares with Costa Rica and Jamaica the penultimate spot after adding only six units, five units behind Panama, which currently has a ticket for the Intercontinental Qualifiers.

“The expectations are complicated for us because Panama won and always remains in fourth place,” said Perez, who was nevertheless satisfied with his team’s performance.

The first stage of the game was perfectly even. Jamaica sought to break the lines with balls in the back of the Salvadoran defenders, but all their attempts were unsuccessful without even firing a direct shot at Mario Gonzalez’s goal.

The Caribs sought to create a danger with Leon Bailey, who plays for Aston Villa in the Premier League, but he never managed to overtake the Salvadorans’ marks.

Well, he stopped the Salvadoran team, started hitting the ball on the ground and was about to open the scoring. Within a minute he hit the ball off the crossbar twice, when Blake was hit.

El Salvador harassed Jamaica, but was unable to clear the match. He was better for most of the match, but had yet to establish territorial control and almost fell at home.

“If today is my last game with the national team, I will keep calm because we have done everything possible,” Perez said.

On Tuesday, El Salvador will visit surprising Panama, which beat Honduras 3-2 to reverse its 2-0 deficit, and Jamaica will host the United States, which beat Mexico 2-0.

Despite scoring points in the final minutes, Jamaica coach Theodore Whitmore said he was calm.

“I wasn’t disappointed because we got an important point but the match was over. We were a little bit upset because we were on the verge of victory.” “We have to absorb first this match we played against El Salvador before preparing for the match with the United States on Tuesday.”