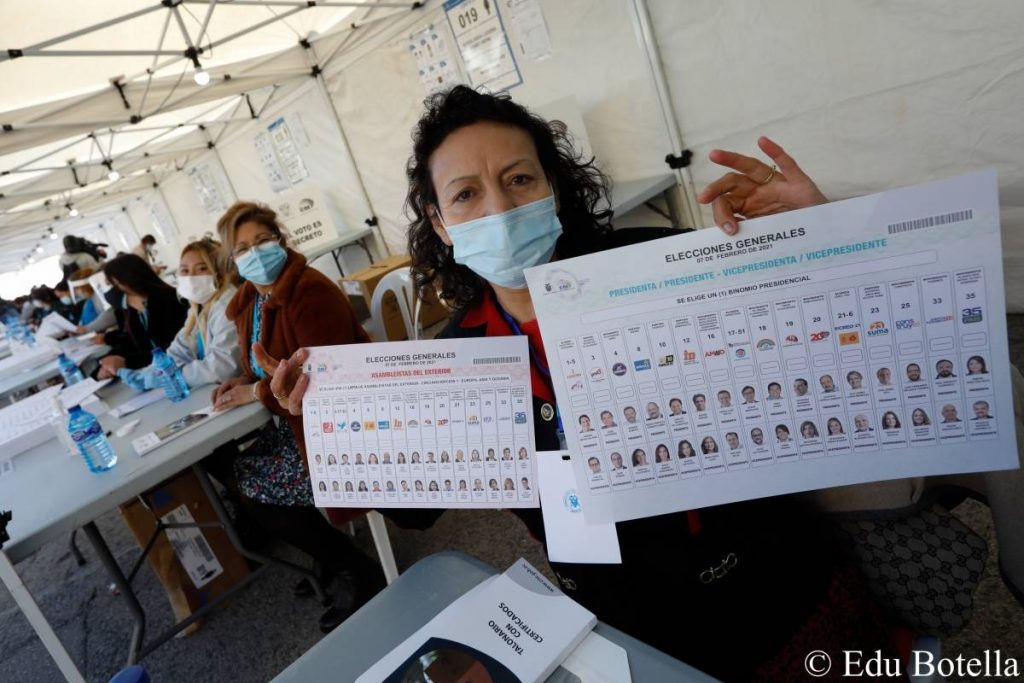 The nearly 68,000 Ecuadorians registered with the Consulate General of Madrid have begun to vote in the presidential and legislative elections to be held on Sunday.

“Democracy means respecting the opinion of others. Democracy requires its victory with humility and defeat with surrender and transcendence. If defeat is not accepted, it is impossible to have democracy,” as Ecuador’s ambassador to Spain, Cristóbal Roldán, explained in working with the press after the polls opened.

In Madrid, voters are distributed in 134 polling stations, divided into 58 men’s and 76 women’s tables. “We have already started the electoral process,” confirmed the Consul General of Ecuador in Madrid, Daniel Piñaranda.

There are more than 400 members at the table with 150 volunteers. “There is a large structure of Ecuadorians coming together and putting this civic festival on their shoulders,” said Piñaranda, who also requested the vote “in peace and healthy friendship.”

A voter in Madrid emphasized in a statement to Europa Press, which recognized the importance of measures to avoid infection with the Coronavirus.

Voters elect the country’s president along with Andres Arouz, stepson of former President Rafael Correa; Conservative Guillermo Lasso and original leader Yaku Pérez are the favorites. In the event that no one wins more than 40 percent of the vote with a 10 percentage point advantage, on April 11th, the candidates will go to a second round.

In addition, 137 deputies make up the National Assembly – six of whom represent the Ecuadorian community abroad – and five representatives of Ecuador are elected to the Andean Parliament.