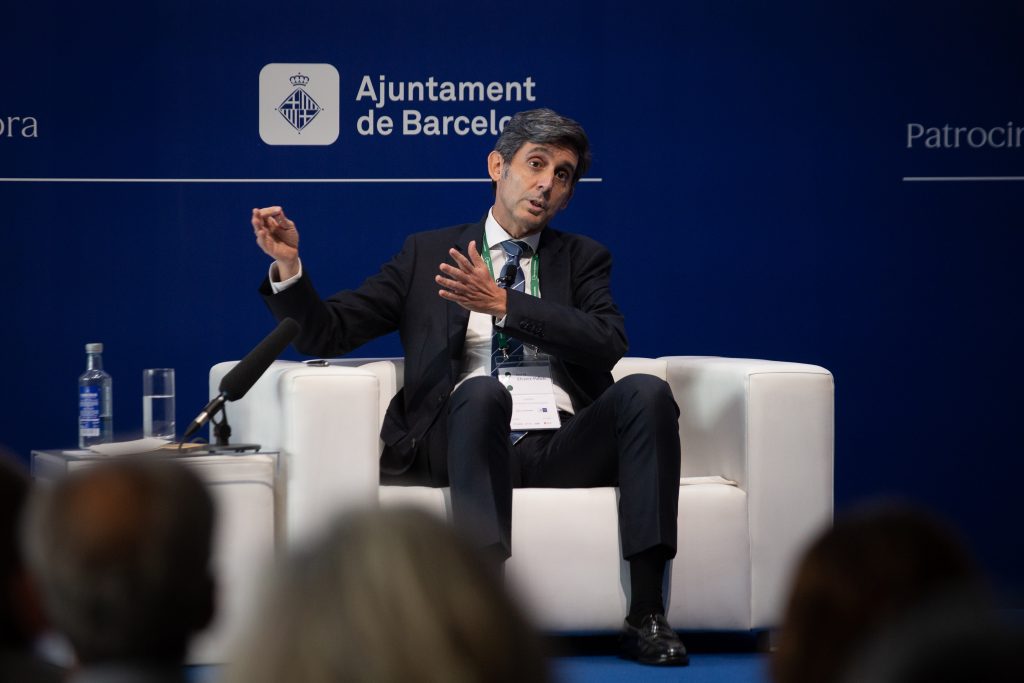 At the beginning of the month, Telefónica finalized its merger with Virgin Media in the UK and the sale of Telxius Towers, two transactions that will allow it to reduce 9,000 million in debt, the big slab that has hurt the operator’s performance in the markets in recent times.

With this reduction, Telefónica’s debt will remain at 26,000 million euros, at about 2.3 times its gross operating profit (Ebitda), and an amount that could drop further with some divestitures such as the submarine cable business of Telxius or a subsidiary in Latin America, he said. Income 4 analyst Ivan San Felix for Europa Press.

After this process, “the investor’s anxiety should ease a lot,” San Felix says.

Conditional on the overall performance of Ibex 35, which has fallen in this period, Telefónica’s share has rebounded by only 2% since the closure of these operations, to €3.94, yet it has accumulated more than 28% of revaluations since the beginning of the year.

In this sense, San Félix also indicated, as another alternative to segmentation in the fiber-optic network, a key asset for which the company admitted it was studying “alternatives” and which has already carried out operations with partners in Brazil, Germany and Chile.

Along the same lines, Victoria Toure, head of digital offering for Singular Bank, points out that Ibero-America is the source of future divestitures that will allow the company to “continue to reduce debt and focus more clearly on the markets.”

Toure highlights that the debt reduction will allow “to face more dilutive investments,” something he considers “essential to future growth” for the operator.

In the same way, it considers that these movements will give “greater visibility to its profits” and will allow it to “reduce financial costs”.

Toure concludes, “His current assessment is attractive and can be used in a SHS scenario.”

Implementation of the strategic plan

With planned operations, Telefónica’s president, José María Alvarez Ballet, will have halved the debt he inherited when he took office in 2016.

The head of digital display at Singular Bank remembers that the road has not been easy, with some operations paralyzed due to various reasons such as the pandemic crisis, regulatory issues or Brexit.

The company’s strategic plan, launched in 2019, focused primarily on the United Kingdom, Brazil, Germany and Spain and the creation of Infra, Tech and Hispam subsidiaries, which positions the subsidiary’s Latin American assets as future divestitures when considered non-strategic.