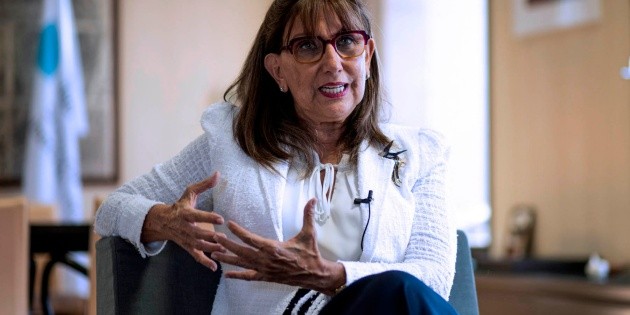 Costa Rican economist Rebecca Greenspan has taken over as Secretary-General of the United Nations Trade and Development Agency (UNCTAD), a Geneva-based body that works to advance the integration of developing countries into the global economy.

Greenspan is the first woman to lead UNCTAD, a task she will perform over the next four years that the United Nations Secretary-General, Antonio Guterres, has proposed for her.

The OIC General Assembly endorsed this candidacy for those who held the position of Ibero-American Secretary-General for eight years until last week.

The new head of this entity created in 1964 said: “I am honored to begin work in UNCTAD at a critical time for the world. Covid-19 has exposed large-scale inequalities and vulnerabilities in the world and in the development paradigm.”

In a statement, he noted, countries have the opportunity to “rebalance the global economy, enhance resilience and ensure shared prosperity” as they recover from the impact of the pandemic.

Greenspan takes the reins of UNCTAD a few weeks before the celebration of its fifteenth quadrennial conference, to be held from 3-7 October, which constitutes its most important decision-making body with the participation of 195 member states.

In her remarks, the new Secretary-General said the meeting would be an opportunity to take “bold decisions to address the huge unmet trade, financial, investment and technical needs of developing countries” as they struggle to meet the challenges. The economic consequences of COVID-19 and challenges related to sustainable development.

Prior to joining the United Nations, she was Vice President of Costa Rica from 1994 to 1998 and a former Minister of Housing and Minister for Coordination of Economic and Social Affairs.

See also  Americans' view of the economy is getting worse