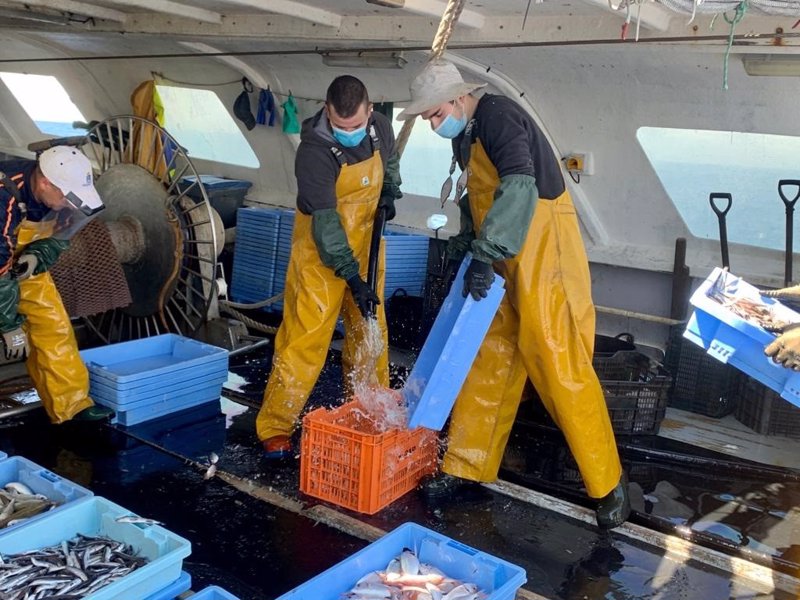 EU fisheries ministers are holding a videoconference on Monday at which they will try to provide general guidance to the European Commission on what contacts it should have with the UK to agree on final catch quotas for the 100 stocks both parties share.

On behalf of the Spanish government, the Minister of Agriculture, Fisheries and Food, Luis Planas, who last week called for “certainty and speed” “will participate in these negotiations and submitted that he will ask Brussels to proceed” as soon as possible “in contacts with London.

In the absence of a trade agreement with the UK at the time, the 27 in December agreed to set the total temporary permitted catches (TACs) to 119 “stocks” under joint management, but this interim decision only covers the first quarter of 2021.

Now, with the agreement already in place, Brussels and London should begin consultations and final quotas for these stocks for 2021, including some of the “high importance” for Spain, such as northern hake, Celtic sea roosters, mackerel or bluegrass. To diplomatic sources reported. It must also agree on fishing opportunities for some species in the deep sea, such as gilthead seabream.

In this context, the aim of the meeting is for the fisheries ministers to transmit to the European Commission “general guidelines” on how to conduct formal negotiations with the United Kingdom in the coming weeks and months, although European sources state that Brussels and London “have already begun exploratory contacts.” .

The chances of catching fish stocks shared with the United Kingdom will not be the only issue that the 27 heads of agriculture and fisheries are discussing at their first meeting this year.

Initially planned to be face-to-face, it has been replaced by a remote meeting in light of the latest data on coronavirus infections, and it will also serve to advance Portugal its priorities as the European Union’s rotating presidency until July.

These six months will be marked by negotiations with the European Parliament to agree on the three new regulations for the Common Agricultural Policy (CAP), which Lisbon wants to close at the end of May. The goal is that after the agreement, there is enough time for the new CAP to come into effect in 2023.

In addition, the 27th meeting will discuss the state of agricultural markets and the impact of trademark negotiations on the agri-food sector, among other issues.