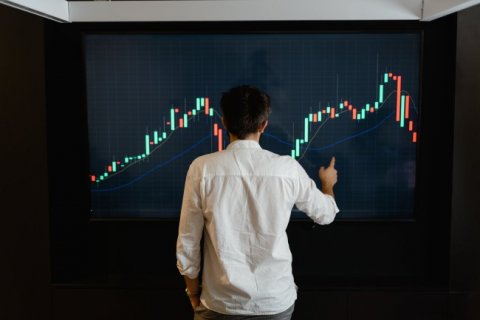 2021 failed to restore the growth lost during the pandemic year.

In its latest edition of the year, the Citibanamex forecast survey reported that year-end economic growth forecasts decreased to 5.7%A level similar to what it was in the second half of May when analysts estimated economic growth of 5.9%.

Despite the fact that the economic outlook for 2021 opened the year at about 3.5%, the approval of the massive fiscal package in the United States, the initiation and development of the national vaccination plan and the sum of the base effect in the annual comparison, the economy raised the new estimates rapidly, especially as health restrictions in the service sector It started lifting from April to May.

But soon after the start of the second half of the year, the initial optimism faded as the quarterly growth of the economy disappointed, due first to lower-than-expected growth in the second quarter (1.5% removed vs. 1.7%), followed by the third quarter of contraction (- 0.4%), an unexpected stumbling block to recovery.

The National Institute of Statistics (INEGI) released details of GDP on the spending side for the third quarter. It is clear that the decline in GDP by -0.4% It is explained by lower private consumption and public consumption of -0.4% and -2.3%, respectively,” Bank of Mexico Deputy Governor Jonathan Heath commented on Twitter.

A few days before the end of 2021, analysts estimate that the economy will see a modest quarterly recovery, as the elements that contributed to the decline in the third quarter – such as the third wave of COVID – will be eliminated and significant seasonality. Promotion by the end of the general shopping season will support the economy.

according to him Timing indicator of economic activity (IOAE), an advanced version of monthly GDP, in October it is estimated that the economy would have rebounded 0.9% in October compared to September, while in November activity could have grown by 0.5%, which is still positive but lower . growth over the previous month.

The current estimate for November is serious, as it expects a new disappointing quarterly growth as it was expected that with the week of El Buen Fin offers, the third sector economy – the most important for the country – will give a strong boost to the fourth quarter but on the contrary, it has It only grew 0.5%, which is slower than that introduced even at the beginning of the year.

The lower growth of the third sector also contrasts with the official announcement by Concanaco that it was able, in the midst of an international logistical crisis, to exceed the sales value of the previous two-week edition of Good End.

It will be until January when Inegi publishes the appropriate results for the GDP for the fourth quarter of the year and the annual estimate is known, however, despite being a slight increase, the fourth quarter will save the economy from entering a technical recession, a scenario analysts fear after the fall of the previous quarter.

There is talk of a technical recession when the economy declines for two consecutive quarters, a scenario that in the current inflationary context would have created the scenario of stagflation, i.e. zero growth and high inflation.

Citibanamex edged out forecasts at 5% and financial groups Monex and Invex at 6%, on the other side.

Citibanamex maintained the most pessimistic attitude among respondents for most previous editions. As explained by Adrián de la Garza, chief economist at the bank, investment and consumption data, which are still at a level well below the pre-pandemic figures, do not allow us to envisage a very favorable scenario for the Mexican economy. Even if the third wave of COVID or the semiconductor crisis has not passed.

The bank’s economists aren’t the only ones who think growth will be low, commented Alfredo Coutinho, chief Latin American economist at Moody’s Analytics, who thinks current data already points to growth closer to 5% from 6%.

INEGI expects annual IGAE growth of 1.2% for October and November, according to Nowcast. If so, the economy will end 2021 with annual growth of around 5%, if historical numbers are not corrected.” The analyst commented on Twitter.