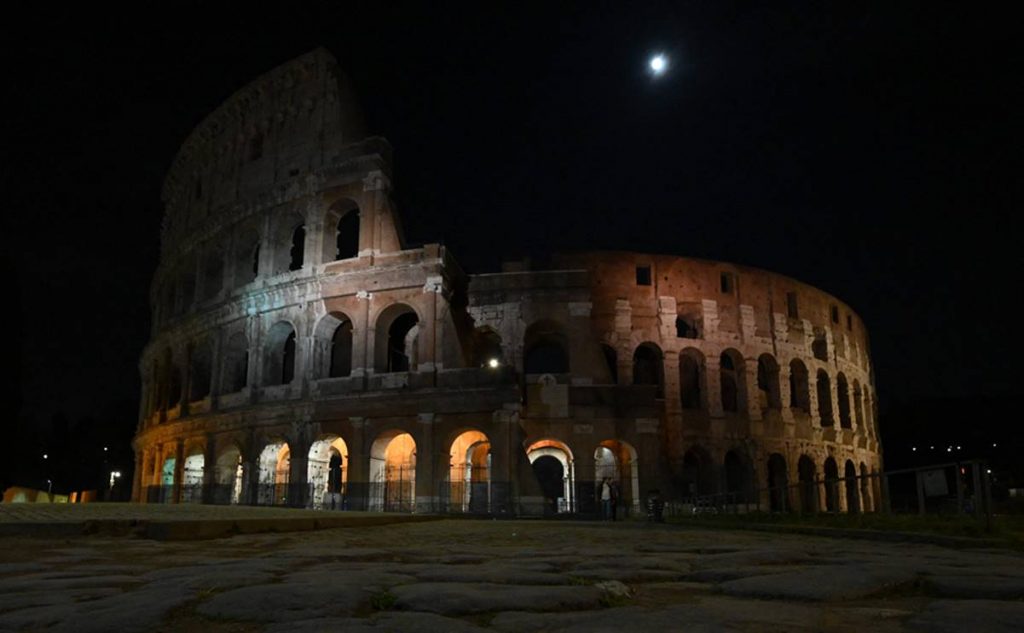 Madrid. – Famous buildings from all over the world, from Eiffel tower For opera SydneyI have loaned out this Saturday Earth HourThey switched off their lights for 60 minutes, symbolically, with the goal of fighting Climate change Loss of biodiversity.

Earth Hour was born in 2007 in Sydney as a sign of sustainability, and today Earth Hour is a classic in the calendar of environmental related dates every last Saturday in March of the year.

“Earth Hour is a symbol that we want to remember that nature is the life support system that provides us with everything we need, from the air we breathe to the water we drink and the food we eat, and we must defend it now in order to protect the health of our planet and, accordingly, our health and well-being.” They confirm who WWF (WWF) is the driving force behind this iconic global initiative.

In this thirteenth edition, Paris was added again by turning off the lighting on the Eiffel Tower, as did the Sydney Opera House (Australia), while in Rome the façade of the Palace of Senatorio del Campidoglio, the seat of the city council, has it left in the dark. From the Italian capital, as “a simple but important gesture to remind us that the fight to prevent biodiversity loss and protect nature is essential to the fight against Climate changeMayor Virginia Raggie said.

Read also: Biden is calling 40 countries, including Russia and China, to a summit on climate change

In Moscow, the Kremlin and the entire architectural complex that makes up Red Square have turned the lights off: the Historical Museum, GUM luxury stores, St. Basil’s Cathedral and Alexander Gardens, as well as the Cathedral of Christ the Savior, the Ostankino TV Tower and the Seven Skyscrapers erected in Stalin’s time.

Earth Hour has had very limited follow-up in Turkey as a result of the restrictions imposed by the epidemic, and only two large companies that have their own tower in Istanbul announced that they will turn off the lights, in addition to a series of private schools and many city councils in provincial capitals, such as Gaziantep in the southeast of the country. Or Çanakkale in the Dardanelles, which toppled urban centers or important monuments.

In Spain, power cuts were supported by major institutions, political parties, companies, hotels, shopping centers and organizations of all kinds, which during that period left their headquarters and official bodies in the dark in a solidarity call for the protection of the environment and nature to which symbolic monuments such as the Puerta de Alcalá have again joined. In Madrid or the Alhambra in Granada or the Giralda in Seville.

Read also: According to UNICEF, one in five children in the world lives without adequate water

Therefore, the programmed activities consisted of “a journey of the senses with proposals to enjoy from home,” according to WWF, in which documentaries, recipes, illustrations or song playlists were published, among other digital options. a celebration.

For the organizers, Earth Hour “2021 is a crucial year for protecting nature”, as the major political decisions will be made at the 15th Kunming Biodiversity Summit (China) or at COP26 in Glasgow (UK), two key moments for an ambitious global plan to transform the relationship. Society for biodiversity and ensuring the achievement of the common vision of living in harmony with nature by the year 2050. ”

See also  Can you find the hidden panda? - Televisa news

Read also: The ‘new normal’: Summer will last six months in the year 2100 due to climate change

From the WWF, its Secretary General in Spain, Juan Carlos Del Olmo, assured Efe that “there is a very strong international movement of individuals, companies and organizations” ready to work together in the face of the consequences of the climate crisis and has ensured that the participation of these entities in Earth Hour is “ Way to reaffirm it. “

look at me Pictures: