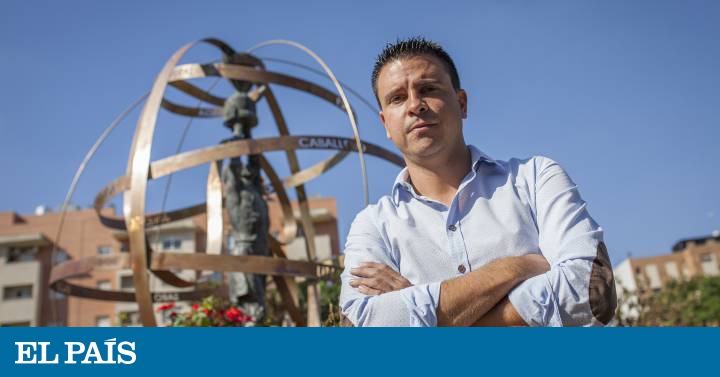 Gary Udhwani moved to New Delhi in 2017 from his native Tenerife to travel in the opposite direction to his father, an Indian immigrant who arrived on the islands in 1987, and thrived like many other citizens by running an electronics store. Udwani has visited India’s most populous city and the fourth most populous in the world as a tourist many times. And although it has always been said that “I can never live in the middle of this mess,” the present mission was attractive enough to change continents. This graduate in commerce, now 29 years old, who already worked in the sports sector, joined the office just opened by LaLiga in India and has amplified the list of the growing number of Spaniards who have arrived in and out of the game field the second largest country in the world by population To popularize and professionalize the beautiful game.

The main mission of the LaLiga delegate in India has focused on expanding the reach of LaLiga Santander and LaLiga SmartBank in a region where cricket is “a religion that cripples everything,” he says, and where the Premier League, due to its shared history with the UK, has greater roots. The numbers, for now, support the work at this time. “We went from 800,000 followers on Facebook in 2017 to more than five million today. We are the most followed European super league in networks,” explains a representative of a competition that began airing publicly on social networks in Indian lands in 2018.

To achieve the results indicated, O’Dwani talks about hyperactivity that before the pandemic allowed them to gather 20,000 people to watch a duel between FC Barcelona and Real Madrid, or to gain support as an ambassador for the legendary cricketer Rohit Sharma competition. Or Bollywood star Isha Gupta. In a context like the current one, where interaction with fans is limited, his latest project consists of the certified mask vending machine they placed in the Bandra neighborhood of Bombay, “a strategic point,” as the young Canary explains. In the second country worst affected by the Coronavirus, where more than 10 million people have been infected, the agency wanted to provide this essential tool to combat infection by distributing 2,000 masks free of charge over four days.

“One of our hubs is to find relationships with the locals. LaLiga has gone further than any other international league. For example, we are the only ones who brought a club, Girona, to play here in 2018,” adds Jose Antonio Cachaza, LaLiga India bureau chief.

Parallel to the increasing influx of street football, Spain’s status as a leading football power has resulted in its ability to export soccer players, coaches, coaches and coaches to five continents, especially India. At the start of this tournament, seven of the eleven teams that make up the Indian Premier League were led by a Spaniard, the highest number in the whole world before major competitions in Andorra, Gibraltar or Japan.

In the competition, years ago, more than a dozen Spanish players coincided, among them first-class names such as former athlete Joan Capdevila, winner of the World Cup and European Championships, or Luis Garcia, European extreme champion. Club competition after passing through FC Barcelona and the League’s ambassador. In 2020, FC Goa became the first Indian team to qualify for the main continental club competition in Asia, led by a longtime LaLiga acquaintance, ex-Barcelona FC player Ferran Corominas.

On the other hand, there are already eight LaLiga clubs that have or are cooperating with a sports project in a region with few footballing traditions, but with the potential to have the third highest under-15 population of 36 countries in the Organization for Economic Cooperation and Development (OECD). Cádiz CF Scouts work in search of new talent, Atlético de Madrid collaborates for Jamshedpur FC and Sevilla FC with FC Bengaluru United or sponsorship of Training Schools by Real Betis or RC Celta. The most prominent examples. “Domestic football must grow in order to grow,” says Oudwani, who highlights the work of LaLiga and the “Indian Football Schools” project LaLiga, a sports training program that has benefited more than 12,000 students in 40 centers in 14 cities.

But it’s not just sport that is fueling the expansion of LaLiga. A recent agreement with the Instituto Cervantes in New Delhi, the Indian capital, has led to the creation of weekly content that will be published on social networks starting in February, where fans can learn Spanish through the jingles of LaLiga clubs or the famous phrases of Spanish football heroes. Some of the videos also feature Oscar Prozon or Sergio Lopera, two Spanish coaches in the Hindu state.

What is clear is that the growth of Spanish football in India does not stop, not until this moment, the unexpected experience that occurred in Udwani’s life. “It was a special adventure. I thought I was only going to leave for one year, to try the experience and I was four years old. I love work and I think football has great potential for growth.”