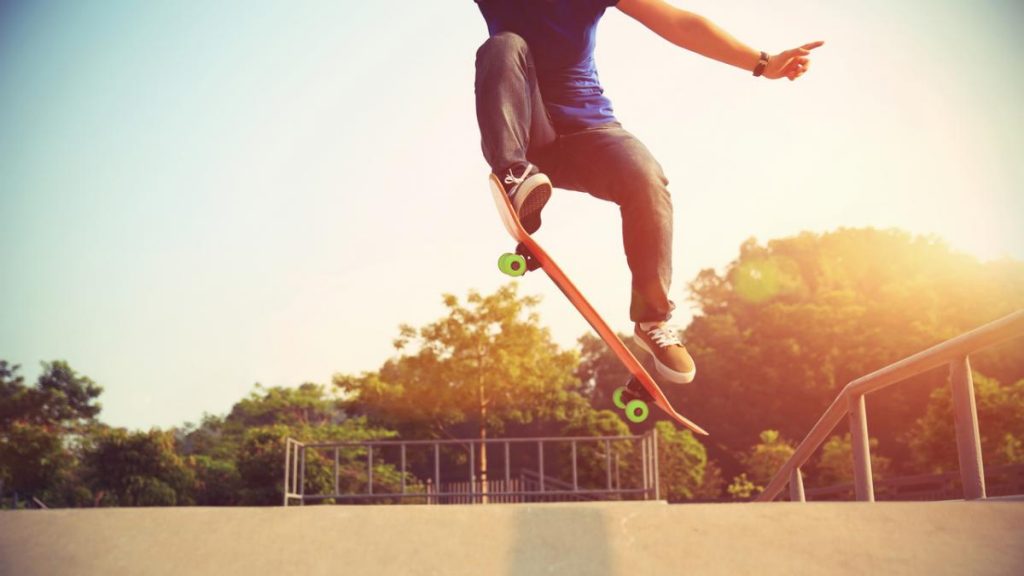 The long-awaited Olympics will once again be held, but this year they will have an unexpected premiere, an urban sport on wheels that began to conquer the streets of every city in the world a few years ago: skateboarding.

Hip-hop culture has permeated our history since the early 1970s. One of the most important symbols of this tradition is skateboarding, and more and more cities are creating spaces to enjoy this type of event. Sports, where young people exercise their great passion and perform exciting acrobatic tricks on a skateboard.

The IOC did not want to give less importance to this physical activity, so it decided to incorporate it as an Olympic sport in the international competition in Tokyo. Spain has 3 participants – one of them female -, Giulia Benedetti, Dani Leon and Jaime Mathieu, who passed the test at the Dew Tour event, which took place in December last year.

To find out more about this new Olympic sport, here is a list of the best enabled spaces in the world for skateboarding or BMX training.. Places that you cannot miss if you are a fan of this system.

The Cayman Islands are a laid-back Caribbean place, and a great destination for a relaxing vacation. Its desert beaches and landscape are so impressive that it looks like it’s out of a movie, but no one would expect, when traveling the corners of the island, to find its huge ski-enabled park, and this has, for now, become an emblematic area of ​​the territory.

In 2005, Tony Hawk, the best professional skater in the world, decided to officially open a skate park called Black Pearl, and today, it is considered the largest residency of the sport in the Western Hemisphere. It covers an area of ​​5760 square meters and offers different spaces from high to low difficulty, for beginners and professionals alike. Enjoy the tubes, ladders, or bowls that many big-name skaters have enjoyed.

It also distinguishes it from any other country skate park The blue wave pool, where you can try surfing or relax after an exhausting effort.

Catholic and skateboard lovers? Feel free to visit one of the most original places in the world. Skate Church, located in the town of Llanera -Asturias- has become a temple for ski lovers. In 2007, businessman Ernesto Fernandez bought Santa Barbara Church after it had been abandoned for many years, and the young Asturian decided to rebuild it, but turned it into an enabling space for what he was passionate about: skateboarding.

It is not only an original setting for being a church, but also a place for the street art touches it gives to this urban sport. A room with a variety of bands and colors flanking the walls, was painted by artist Okuda San Miguel, who chose to leave his personal fingerprints on every corner of the skate temple, crediting his work as the Kaos Temple.

London Waterloo tube station is special because it saves space skate park Under tunnels extending up to 30 thousand square meters. It provides the infrastructure of the place adapted to this type of urban sports such as PlateA small ramp and a parking area Street Spread throughout the enclosure, with different rooms with levels ranging from least difficulty to greater difficulty.

In addition, a high-profile park such as the House of Vans offers other types of services apart from great facilities that a skateboarder, BMX enthusiast or expert can have. For example, a skating school, a movie theater, a bar and even a concert hall where world-famous groups such as Metallica or Foo Fighters performed.

It is not enough that China is the most populous country in the world and has the second tallest statue, but it also has skate park The largest in the world. slopes, skating rink, full tubes And many facilities for the tricks and acrobatics of these athletes, especially with items for beginners, because skateboarding has never been the preferred discipline of the Chinese.

The GMP has an area of ​​16,900 square meters divided into the interior – 1,000 square meters – and the exterior. The designer and author of this park, skateboard lover Brad Shaw, chose to locate this space in a sports complex where there are facilities of all kinds, from football fields to athletics tracks, as well as being located in about 10 universities for all those young people who leave class and decide Complete the rest of the day there.

How comfortable it would be for skaters to be able to skate without leaving their house and to practice various tricks while watching TV! Austrian skater Philip Schuster came up with this idea and did not hesitate to implement it. The Salzburg house offers ramps and plots for you to practice this sport in every room, and manages to turn an old abandoned fishing spot into skate park Interior, reusing all the furniture in the house.

Venice Beach, the most famous beach in Los Angeles, attracts many tourists and even celebrities every day. It is particularly famous for its promenade, distinctive American food stalls, bike rental area, or a skate park One of the most exciting beaches among the sands of the beach, with an area of ​​1480 square meters, for fans of this sport.

On the beach where surfers abound, the dream of all those athletes who prefer surfing on land has also been fulfilled, with an area of bowlsOr the most amazing rails, stairs or slopes that no professional skier has ever hesitated to use.

In addition, for those who need refreshment in the heat of the Pacific coast, they are lucky to be just a few meters from the sea and therefore can swim.

One skate park Located in the Swedish city of Malmö established by Stefan Hauser and his company Placed To Ride completed in 2005, it has become the largest skate park in Europe. This enclosure wanted from the beginning to create a social center for young people while preserving the urban core.

The venue is about 3000 square metres, some ultra-modern metal sculptures for skateboarding, and a series of granite benches. The city itself is so impressed with the great result of the venue as it presents a place of real joy for the big fans of skateboarding to perform their acrobatic tricks with the board.

“Only skateboards are allowed”, “Young people under 16 must wear a helmet”, are some of the rules they apply skate park From Lincoln, USA. A hillside space that takes advantage of landings to create trails and items for ski pros, as well as being incredible bowls and slopes.

The park, surrounded by green areas, has different levels including for beginners or novices and has a special charm as it offers a path in the middle of nature. In addition, it is designed for those skiers who play and enjoy the sport on rainy days as the garden offers a small covered area in the form of a house, with a green roof camouflaged by the wonderful plants that surround the space.

When we talk about Australia, we combine it with surfing, but what the vast majority do not know is that in the famous city of Sydney there is Bondi Skatepark, an outdoor skate park established in 1991, located a short distance from Bondi paradise. Beach.

It is considered one of the best skate parks Worldwide for its impressive facilities, it has an iconic 3-meter-deep skating bowl and has frequently hosted major national competitions, such as Bowl-A-Ram.

In southern Denmark is Haderslev, a city on the Jutland peninsula with a very interesting port to visit, especially for sports fans. It offers various urban activity parks such as the famous StreetDome, a courtyard of more than 4,500 square meters where you can enjoy games for all ages and levels.

It has an original yet functional design for a Nordic country like Denmark. Architectural studios CEBRA and Glifberg-Lykke, in collaboration with athlete Morten Hansen, designed the igloo-shaped garden for indoor and outdoor exercise. The dome has glass windows and walls intended for those who, in addition to skateboarding, are passionate about climbing – another new Olympic sport.

Morten designed this park with the intention of creating a cultural center that integrates a specific space for social gatherings and great fun among young people.

More and more cities are opening up areas to enjoy skateboarding