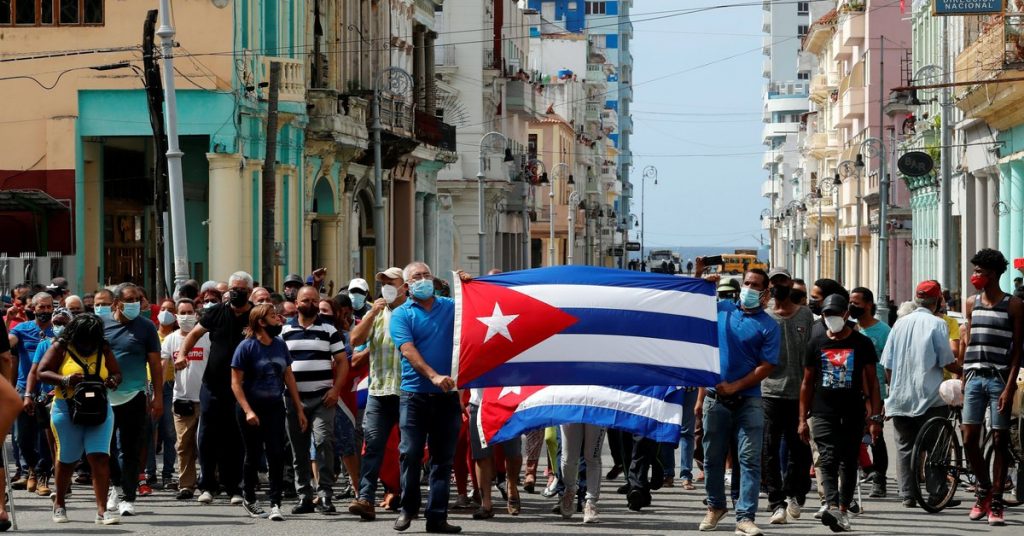 For the first time since 1968, the system will allow small and medium-sized businesses to exist (Photo: EFE)

Thousands of small and medium Cuban companies, both private and state, will be established in the coming months to One of the most important reforms of the local economy Soviet-style, after being closed since the late 1960s.

The fix, details of which emerged this week, SMEs will be allowed for the first time since 1968, to end the legal oblivion they have been in for years in the Soviet-style economy.

The law will allow state-owned enterprises to operate as small and medium-sized enterprises, which means Significant decentralization of some activities will force them to make the supported operations profitable or destined to closeAccording to Cuban economists.

In the gastronomic services sector, Thousands of subsidized restaurants will have to close, becoming cooperatives or small businesses, according to a mid-level manager involved in the operation and spoke on condition of anonymity. If maintained, they would become small and medium-sized state-owned enterprises competing with each other.

The new measures are an essential part of your economic reforms Cuban dictator Miguel Diaz-Canel, who signed the law into law in 2020, when the pandemic and US sanctions pushed the already precarious domestic economy into a state of collapse.Amidst shortages of food, medicine and other basic commodities, they have reached alarming proportions.

It is a starting point for a new stage in the diversification and development of the economy“To make the most of its potential,” Economy Minister Alejandro Gil said on Wednesday.

The construction of MIPYMES accelerated after approval by the Cuban Cabinet in May (Image: EFE)

Caribbean nation Relies heavily on tourism and imports. Gill said the measure is aimed at increasing employment and the use of local inputs in times of crisis, but especially recovery.

The Minister of Economy spoke on TV about the new regulations for establishing Micro, Small and Medium Enterprises (MIPYMES) for the first time since the 1959 revolution and Also on the promotion of cooperatives.

This measure puts all companies, government and private, on an equal footing to compete and work together and create joint venturesAs in capitalist countries, though it is limited to no more than 100 employees and owners of one company, Gill said.

The process of creating MIPYMES accelerated after approval by the Cuban Council of Ministers in May. Among the new rules, companies can access the government’s wholesale system, import and export, set prices and attract foreign investment, but only within a business environment that remains state-controlled, where these activities remain heavily regulated.

However, many businessmen and economists have long demanded reform. “Cuba is moving towards a mixed economic model, at least in terms of employment”said Pavel Vidal, a former Cuban Central Bank economist who teaches classes at Pontificia Universidad Javeriana Cali in Colombia.

Thousands of people in cities across the Caribbean island took to the streets on July 11 to protest living conditions in the largest demonstrations after the 1959 revolution (Photo: EFE)

“I have no doubt that with this opening in a few years, the non-governmental sector will represent more than 50% of the total employment in the economy,” Vidal said. . added “There is still a lot to do.”

The Cuban economy, which has been in recession for years, contracted in 2020 to 10.9% and fell by another 2% in the six months to June.Compared to the first six months of last year. The economy is still highly dependent on tourism and imports.

Thousands of people in cities across the Caribbean island took to the streets on July 11 To protest the living conditions in the largest demonstrations after the 1959 revolution. Dictator Diaz-Canel blamed the United States for the events, stating that the protesters were manipulated through social media campaigns organized by the United States.

While there have always been private farms and agricultural cooperatives in Cuba, so has the rest of the economy In the hands of the state until the nineties, When they allowed heavily regulated small businesses in some areas under the title of self-employed, which limited their legitimacy and legal standing.

The private sector has gradually expanded since then to include more than 600,000 independent workers. Licensees in many sectors include entrepreneurs and their employees, merchants and taxi drivers.

The so-called non-governmental sector, including agriculture, provides employment for a third of the 4.9 million formal workersThe rest works for the state.

(With information from Reuters)

Changes after protests in Cuba: the regime allowed small and medium-sized businesses to operate
The Cuban dictatorship suppressed and detained protesters during mass protests on the island
Dina Stars, Successful Cuban YouTuber: “The complaints didn’t stop for a day on social media, people opened their eyes”
Amnesty International called on the Cuban regime to allow him to enter the country to verify the conditions of detainees