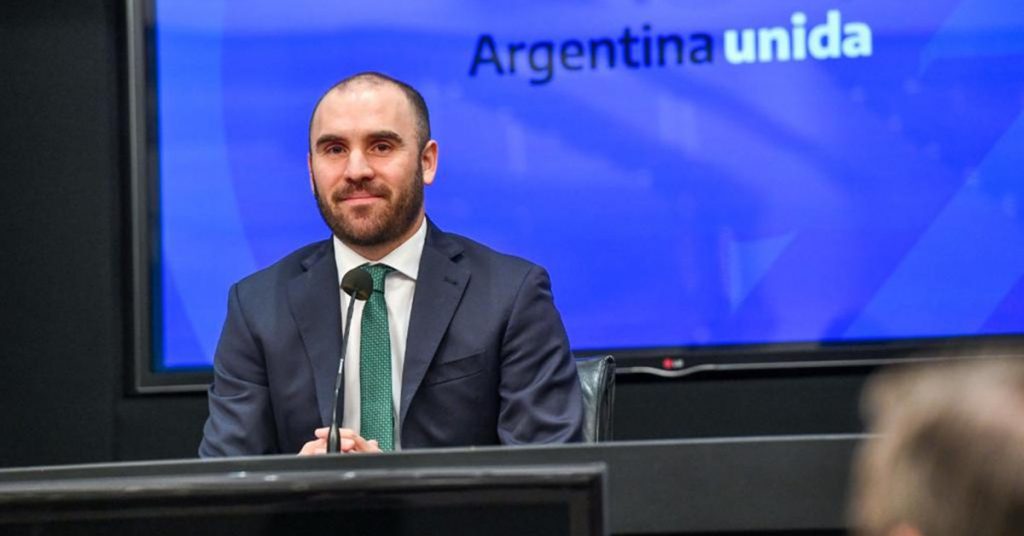 Minister of Economy Martin Guzman has ruled out sending an IMF mission to conduct the annual review of the Argentine economy, known as the Article IV review, He argued that the agency had suspended its visits due to the health crisis caused by the pandemic. Despite what the official said, The International Monetary Fund has not stopped holding virtual meetings with the authorities of member states.

Regarding the end of the press conference in which he announced the understanding with the Paris Club, he wondered whether the Argentine economy would be reviewed by the International Monetary Fund within the framework of Article IV. Guzmán said those negotiations are “on hold until further notice” due to the pandemic, something he attributed to the fund’s “internal policies”..

IMF technical staff Continuing in recent months with the performance of evaluations and reports approved by the Board of Directors. The only thing he stuck with was the way he dealt face-to-face in these missions and focused his work at a distance, as he had already done in other moments of negotiations with Argentina.

In recent weeks, as recorded on its website, the international body has completed Article IV reviews with countries such as Slovakia, Switzerland, Azerbaijan, Kosovo, Zimbabwe, Cyprus, Panama, Bolivia, Austria, Latvia, Denmark, Lithuania, Turkey, Guatemala, Ivory Coast, Andorra, Norway, Iceland, Kyrgyzstan, Belize, Thailand, Italy, Botswana and Greece. This full list of 24 countries belongs only to the technical work that the agency completed during June, after maintaining contacts with the authorities of those countries throughout April and May.

In recent months, the IMF’s technical staff has continued to conduct assessments and reports approved by the Board of Directors. The only thing he stuck with was the way he dealt face-to-face in these missions and focused his work at a distance, as he had already done in other moments of negotiations with Argentina.

The IMF has resumed its relationship with Argentina since 2016, when it again made Article IV technical visits to conduct an assessment of the economy, which Kirschnerzm halted after canceling debt with the organization in 2006. The IMF last of these annual reviews was in 2017. , which was later replaced by already quarterly reviews with the 2018 fiscal agreement signed between Washington and the government of Mauricio Macri.

Official sources are considered by Infobae what or what The meaning of what Guzmán wanted to explain was that there would be no direct, face-to-face trip by IMF officials to Buenos Aires. Because in a context in which maturities have been liquidated with the Paris Club and by the decision of a restructuring agreement that does not appear in the short term, the Fund’s visit is “not urgent”.

The understanding with the union of creditor countries indicates an end date of March 31, which Guzmán was quick to clarify does not mean a goal to close negotiations with the IMF. This horizon with the Paris Club gives us certainty, it is not a target date according to the International Monetary Fund. The minister stressed that our goal is to reach a good agreement.

Guzmán in his recent meeting with the Managing Director of the International Monetary Fund, Kristalina Georgieva

Guzmán confirmed that next week he will resume personal contact with IMF officials. The occasion will be the G20 Summit of Finance Ministers and Central Bank Governors that will be held in Italy on the last day of June and the first of July.

This Tuesday, in fact, he held his first preparatory meeting for the event. in the Ministry of Economy Meet with ambassadors and trade representatives from 10 countries To talk about what will come within the framework of that ministerial summit of the Group of Twenty, as well as about the understanding announced by the government with the Paris Club, which will prevent it from defaulting on July 30.

According to Economia, “Guzman confirmed Argentina’s readiness to continue constructive work with representatives of the International Monetary Fund (IMF) and expected to travel with his team to the G20 meeting that will be held next July.”

The meeting was attended by ambassadors from the main countries that make up the IMF’s board of directors and the main creditors of the Paris Club. The list was drawn up, among other things, by Ulrich Sante (Germany); Javier Sandomingo Nunez (Spain); Michelle Riebling / Leah Severino (US); Claudia Scherer – Evos (France); Takahiro Nakami (Japan); Mirta Gentile (Italy) and Elizabeth Green (UK).

China and “similar treatment” between creditors

Another key point in the prior agreement with the Paris Club concerns what Guzmán calls “similar treatment” between creditors. This means that in order to achieve this “time bridge” with the club, the government had to undertake to pay part of the amount owed.

This is related to one of the allegations that the agency has allowed to cross over to Argentina: It does not interrupt the flow of payments to the club while it continues to meet its obligations with other bilateral creditors. Although diplomatic officials have never wanted to give names, the reference is China, with which the country does not interact. The Paris Club would not have accepted that the country would continue to pay its debts to China while at the same time stopping its debts to members of this consortium.

Three decades China Development Bank (CDB) With Argentina’s Ministry of Economy – citing a study by a team led by sovereign-debt expert Anna Gilburn – containing clauses preventing this debt from being treated in the same way as the Paris Club.

See also  After the NFTs, Manchester City reached the metaverse

“The debtor will not under any circumstances subject the obligations of these financial documents or subject them to any restructuring with the Paris Club or any debt reduction scheme with the International Monetary Fund, the World Bank or any other multilateral financial institution of which the country (the debtor) is a part,” He mentions one of his paragraphs.

Negotiations with the Paris Club in advance: Argentina will make partial payment and there will be no default in July
With debt payments spending more than pensions, the government has accumulated a fiscal deficit of 0.7% of GDP since January
On Wall Street, investors are dealing hard with Argentina: ‘They have fallen off the map and won’t come back easily’