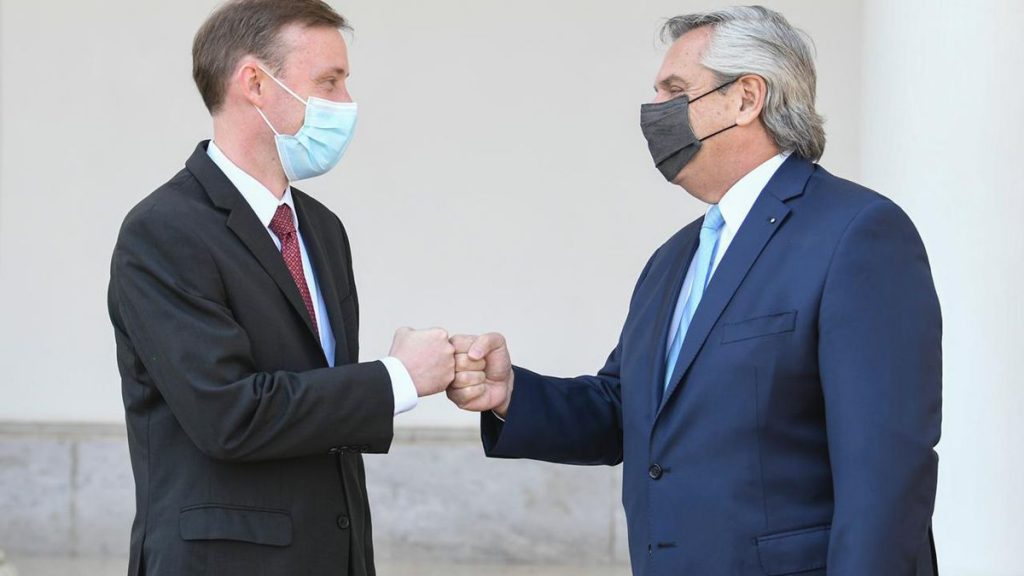 During his conversation with Sullivan – who is the principal adviser on international policy and responsible for coordinating US foreign policy – various issues of bilateral interest were addressed, such as Paying attention to the environment and climate change, reviewing financial institutions, and combating the epidemic.

US Embassy in Argentina

The meeting also discussed the importance of strengthening response capabilities in the fight against Covid-19, as well as Argentina’s potential to produce and distribute vaccines.

And the president gave the American official a letter to President Biden in which he thanked him for the donation he received from the United States of 3.5 million doses of the Moderna vaccine, and conveyed the impact of this on the vaccination campaign, and Argentina is in progress.

Another topic discussed was the need to promote A new global tax and financial architecture According to the challenges and requirements of sustainable, comprehensive and supportive human development. 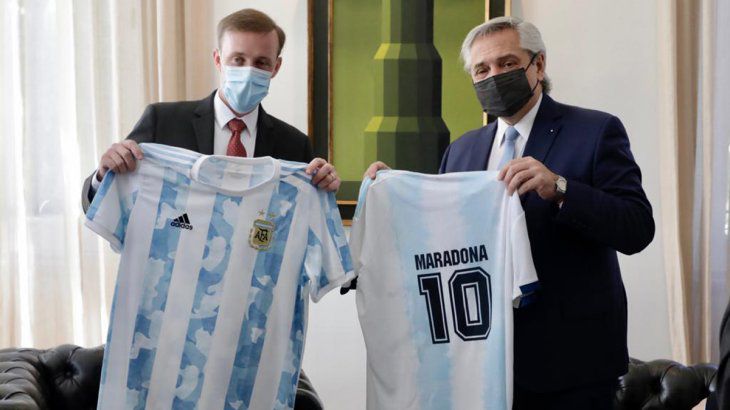 US Embassy in Argentina

During the morning, Sullivan held a meeting at Government House with several national ministers, including the Minister of Strategic Affairs Gustavo Belize. This meeting addressed issues such as the productive, technological and commercial agenda, electric mobility, defense cooperation agreements, the financing agenda on environmental issues, and the knowledge economy agenda to be developed between the two countries.

.@JakeSullivan46 Talk to again. Belize on the joint commitment of Argentina and the United States to defend democracy, human rights and regional security, making our two countries natural partners at the bilateral and multilateral levels. pic.twitter.com/ALz8Htn3r1

Jake Sullivan Arrived in Buenos Aires last night on a tour that she had previously made stops in Brazil yesterday. There he held meetings with the rulers of the Amazon and with Jair Bolsonaro.