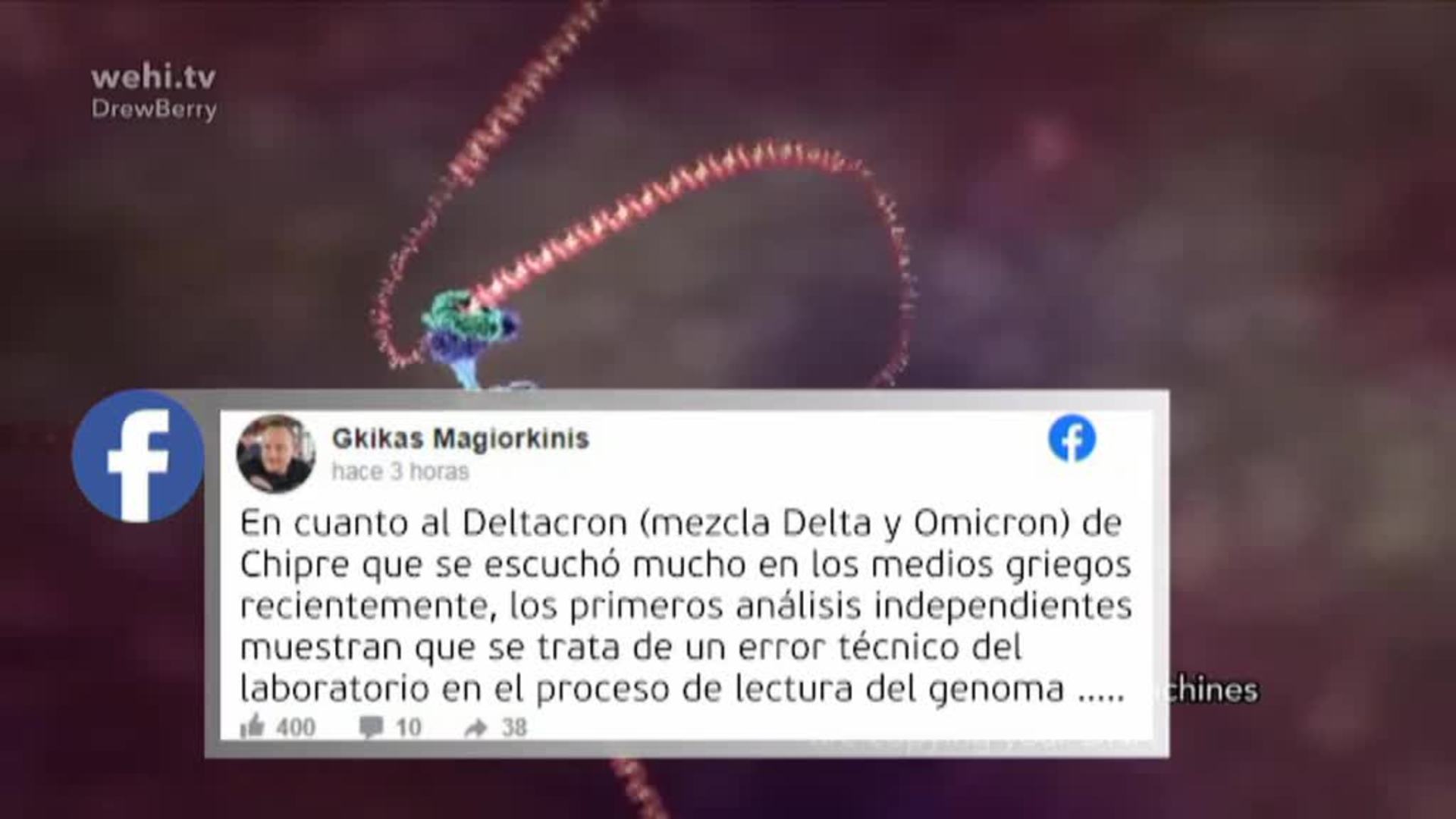 The alleged discovery of a combined variant of the pandemic coronavirus between Delta and Omicron variants was announced this Saturday. Leondios Kostridis, director of the Cyprus Molecular Biotechnology and Virology Laboratory, claims to have identified 25 infections for what he calls DeltaCron. More common, according to their report, in hospitalized patients. Still pending an in-depth study on its virulence and infection incidence, the finding suggests that it will not dominate the dominant forms. But what hints from Greece and the United Kingdom in the first hours of its discovery cast doubt on it. According to Gkikas Magiorkinis, a member of the committee of experts in Athens, “the first independent analysis suggests that this is a technical error of the Cyprus laboratory in the process of reading the genome.” Something that has also been pointed out by virologists such as Tom Peacock of Imperial College London, who speak of “contamination” in virus identification. The type that monitors, for the time being, the WHO is the so-called IHU, which has been based in Cameroon since September, but they believe may have been swept away by a massive infection with Omicron. The key to overcoming the pandemic in 2022, they highlight, is not leaving any country behind in vaccination to reduce the risk of new variants, while implementing measures to contain the virus with ventilation and masks. continue.

See also  study for free!! With Chevening Scholarship in UK!!