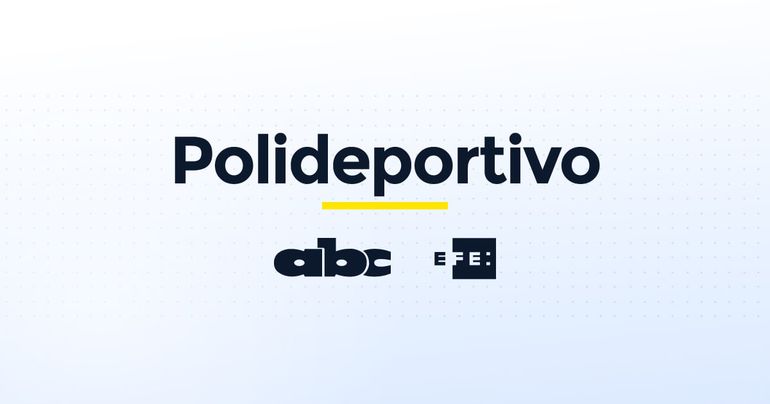 Havana, June 17 (EFE). – Yordani Fernandez, the poor visual of Cuban judo, will claim his classification to the Paralympic Games in Tokyo with his participation on June 20 in the Parajudo Grand Prix in Warwick/Birmingham, UK, this Thursday. Al Jazeera Sports Media.

Fernandez, who won bronze in the previous event of that level, in Baku, climbed to ninth in the +100 kg class standings and collected 380 points.

At the moment he is in the immediate access area to be granted by the International Blind Sports Association (IBSA).

In addition, he is the only Parajudoka in the Cuban men’s team to earn a spot in Tokyo, and he hopes to attend his second Paralympic Games after winning the bronze medal in the 100kg class in Rio de Janeiro 2016.

His rating is B3 visually impaired and aspiring to be among his first weightlifters, and only eight tickets were awarded for each rating, six of them between athletes B2 (severely visually impaired) and B3, and two for B1 (blind).

His biggest competitor in the UK competition has a B2 and B3 rating, but one of them, Japan’s Kento Masaki (8th with 470 points), does not count when entering the 13 ballot papers assigned to the Paralympic host nation.

Cuban representation will be complemented by Isao Cruz, two-time Paralympic champion and world silver medalist, in category B2, who is 11th with 322 units in the 100kg category, and Sheila Hernandez in the 70kg category.

Next June 21, the deadline for ticket delivery ends directly by arrangement for 112 athletes, and another 13 will be added through invitations and in the same amount by the host country of the Paralympic competition.

The island’s athletes collected 39 gold, 19 silver and 27 bronze medals from their Paralympic performances, for a total of 85 medals.

“He will not play anymore”; They prevented Leganes player from going to a wedding! 2 min read

“He will not play anymore”; They prevented Leganes player from going to a wedding!