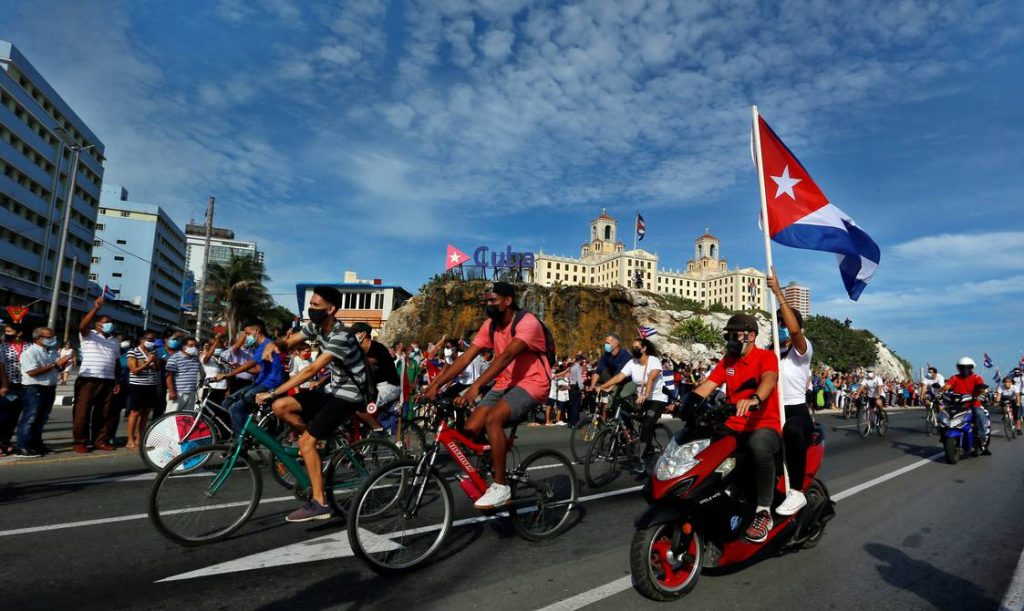 The expected reopening coincides with the 502nd anniversary celebrations of Havana.

Cuba reopened its doors to international tourism on Monday, heading toward the new normal, seeking to supply oxygen to its battered economy, which is undergoing its most serious crisis in three decades due to the impact of the pandemic, the tightening of the US blockade, and ineffective management.

The long-awaited reopening coincides with celebrations of Havana’s 502nd anniversary, the return of primary school students to classrooms, and the archipelago’s opposition platform calling for a civic protest march seeking political change on the island.

The easing of the most restrictive measures applied in the country for the epidemiological scenario caused by the Coronavirus by its authorities is due to the massive vaccination program against COVID-19 that provides for the immunization of 90% of the Cuban population by the end of the month.

With the current ongoing trend to reduce infections and deaths from the disease after a strong outbreak since the beginning of the year, the country in recent weeks has resumed public transportation, hospitality, gastronomy, most cultural activities and private housing rental. In addition, students gradually return to the classroom.

Cuba reached a full reopening of its borders on November 15 with the easing of measures set for the more complex epidemiological scenario of the epidemic and the goal of reversing the deterioration in the tourism sector, the second source of foreign currency income for its impoverished economy.

From Monday, all passengers who have received a vaccine recognized by health authorities in their home country and children under 12 years old will be able to enter the country without a negative test or quarantine.

Unvaccinated travelers will be required to submit a negative PCR sample or antigen test from an approved laboratory in the country of origin issued within 72 hours prior to arrival in Cuba.

Cuban health authorities explained that if an international traveler showed “signs and symptoms of COVID-19 or any other infectious disease”, he would be referred to a health institution where a diagnostic test would be carried out.

Health provisions for reopening exempt children under the age of 12, regardless of nationality, from showing a vaccination schedule or a PCR test upon arrival.

They are also maintaining measures such as taking the temperature of all travelers when entering and leaving the country, mandatory use of a mask and hand sanitizer solutions, as well as offering COVID-19 medical insurance.

At the same time, a gradual increase in air operations is expected at the island’s 10 international airports, from the current 63 flights a week to more than 400 by the end of the month, according to Department of Transportation estimates.

At this time, 147 flights from the United States are expected to arrive in various Cuban cities, where the largest community of Cuban immigrants live abroad, and of this number 77 will be directed to Jose Martí International Airport in Havana.

The archipelago’s maritime borders also decided to rehabilitate its ports to resume visits by cruise ships next December.

The Caribbean country suspended commercial and charter flights in April 2020 to stem the expansion of the coronavirus and in October of that year it reopened airports, but with a significant drop in flights, limiting them to those from the United States, Mexico and Panama. , the Bahamas, Haiti, the Dominican Republic and Colombia.

See also  Covid in Colombia: They are asking for home tests and free sale | government | Economie

Cuban tourism authorities expect to receive more than 100,000 international tourists by the end of the year.

Prior to the arrival of Covid in Cuba in March 2020, tourism contributed about 10% of the GDP and ranked second in importance to the economy, after only professional services.

Expectations to welcome about 4.5 million international visitors in 2020 and reverse the 9.3% drop in 2019, when 4.2 million tourists traveled to the country, have disappeared with the pandemic. In the first half of 2021, only 114,460 international travelers arrived in the country, 88% less than in the same period the previous year.

At this last stage, Russian tourism was at the forefront of visits, followed by the visit of Cubans residing in other countries, Germans, Spaniards and Canadians.

The sector’s contraction for more than a year and a half has led to the revival and redesign of facilities, as well as to the construction of new hotels in Havana, the eastern province of Holguín and Varadero, Cuba’s main beach and sun resort.