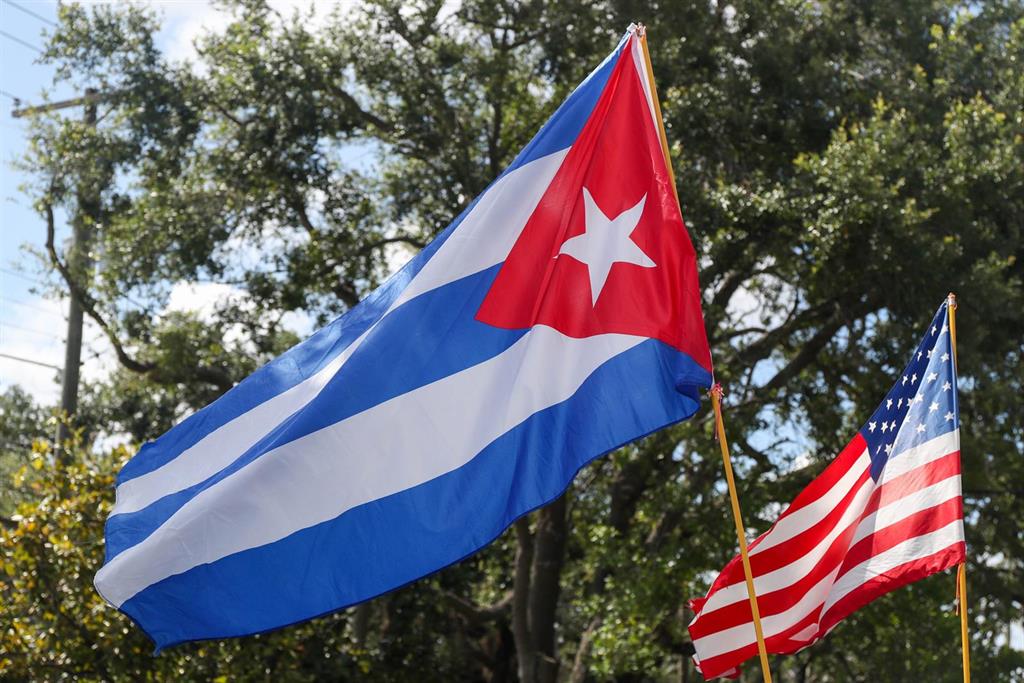 Cuban Foreign Minister Bruno Rodriguez denounced, on Wednesday, the United States exerting “harsh pressure” on the governments of a group of countries of the Organization of American States to join a statement that stands against the executive authority of the island.

“I condemn that the US State Department is putting brutal pressure on the governments of a group of OAS countries, forcing them to accede to this statement or issue a similar statement,” Rodriguez said in a message on his Twitter account. Through a picture of what appears to be a model rejecting the Cuban government’s position in the face of protests recorded more than a week ago.

Rodriguez shared the alleged statement in both English and Spanish. Titled “Joint Declaration on Cuba”, it begins with the phrase “We, Ministers of Foreign Affairs (blank space with dotted line) condemn the mass arrests and detention of protesters in Cuba, and call on the government to respect the rights and freedoms of the Cuban people and the freedom of information of all Cubans.”

The text defends the right of Cubans to demonstrate “due to deteriorating living conditions and to demand change” and demands the Cuban government “to respect the rights and freedoms legally guaranteed to the Cuban people without fear of arrest or detention.” Likewise, it urges the executive branch to release detainees, freedom of the press and full restoration of internet access.

“I call on the Secretary of State of the United States, Anthony Blinken, to acknowledge or deny the credibility of this State Department transcript,” Rodriguez concluded.

On the other hand, in a separate letter, the Cuban foreign minister suggested to Joe Biden’s government that “if it wishes to help the Cuban people”, it eliminate “the remittance limit at $1,000 (about 900 euros) per quarter…” and “suspend membership from outside the family.” Likewise, he also raised “the ban on shipments from other countries via Western Union and the impossibility of processing them via Fincimex and AIS”.

Biden raised the possibility of forming a working group to review sending remittances to Cuban families from US soil and make them “directly reach the Cuban people.”

Biden pledged during his campaign for the White House to remove restrictions on sending remittances and travel to Cuba, which were imposed during the rule of Donald Trump. The Democratic politician has a “strong humanitarian case” for removing restrictions on remittances and travel to Cuba, said Juan Gonzalez, Western Hemisphere director at the US National Security Council.

Cuban-American Senator Marco Rubio has warned that current restrictions on remittances to Cuba are due to the “communist government’s reluctance” to accept direct shipments to families.

Thus, he confirmed that with the Working Group on Remittances, the Biden administration will facilitate a “trap” that the Cuban government will exploit to deceive the United States, according to Radio Televisión Martí.