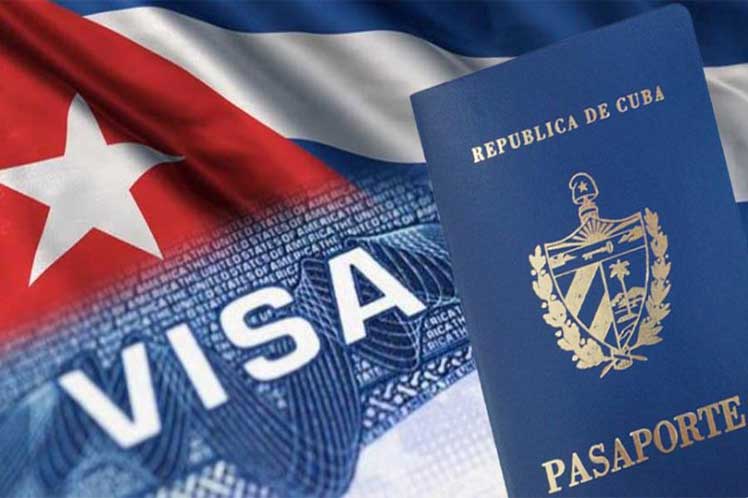 In this, the authorities of the Caribbean state coincided the day before in a round table of radio and television space, in which they explained that Washington, while failing to comply with its obligations on this subject, had historically agreed to provisions to stimulate illegal departure from the territory of the island. According to Ernesto Soberon, Director-General of the State Department for Consular Affairs and Concern for Cuban Residents Abroad, US immigration policy has been an instrument of Washington’s hostility toward Havana.

The official said that its goal is to destabilize the country, discredit the Antillean government and steal its technical and professional resources.

He stressed that the main responsible for the flow of irregular travelers from the island to the north is the US administration itself from implementing its immigration policy.

In this sense, he mentioned how, since the second half of the twentieth century, the United States has implemented laws such as the Cuban Amendment and other supposedly privileged regulations for those born in the archipelago to encourage life-threatening displacements.

Soberon acknowledged that although these benefits have declined in recent years, the perception persists that if one reaches North America, they are entitled to stay there.

So it is not surprising, according to the Ministry of the Interior, Colonel Mario Mendez, that the vast majority of illegal immigrants returned to Cuba this year (574) from the northern lands.

Besides the campaigns organized in the media to discredit the island, the context was reinforced by the closure of consular services in this capital, a measure taken with a political intention, as Soberon considered, as well as restrictions on the possibility of travel.

The outlook is also complicated by the obligation to reach third countries for a visa, with high expenditures for citizens and without guarantees of approval, and failure to comply with migration agreements, the authority added.

In this regard, the diplomat stated that even when Washington agreed to grant at least 20 thousand visas annually, in recent years it has stopped delivering between 60 thousand and 80 thousand.

The official pointed out that it is impossible for irregular flows to pass through third countries without the participation of traffickers or gangs designated for those acts, and therefore the transition from Guyana, Panama or Colombia to the United States implies becoming victims of these criminal groups.

In the face of this scenario, Cuba’s call to the North American government is to fulfill its obligations and ensure the orderly, regular, and safe movement of people between nations on both sides of the Straits of Florida.