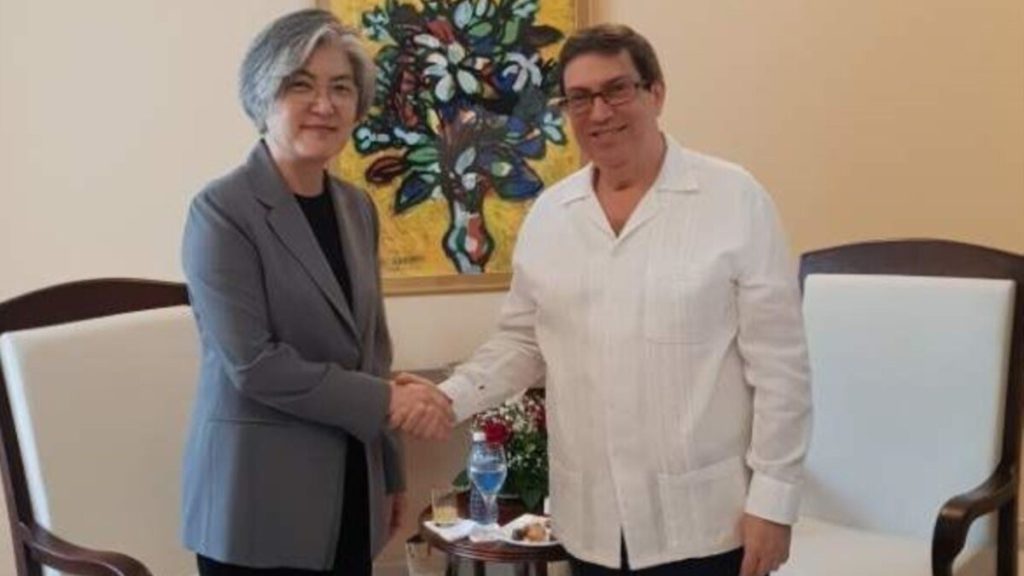 As of January 1, 1959, one of the strategic axes of Cuba’s foreign policy was the development of professional diplomatic activity, intensive and on a global geographic scale, striving to make maximum use of any available space, both bilaterally and multilaterally. As an ideal mechanism for the advancement of national interests and objectives. Among these objectives is the need to confront or undermine the multidimensional policy of isolation and hostility pursued by the United States government against Cuba. The most obvious successful outcome of Cuban “globalization” was the fact that the Antilles currently maintains diplomatic relations with all countries of the world, with only two notable exceptions: South Korea1 and Israel.

Morocco and Cuba they brought back Diplomatic relations on April 21, 2017, despite the historic dispute over Cuba’s recognition of the Sahrawi Arab Democratic Republic. In this way, a list 197 international bodies (including countries, orders and institutions) with which Cuba currently has diplomatic relations.

From examining some precedents and elements, the lack of diplomatic relations between Cuba and South Korea raises a particular surprise, and this comment is dedicated to that.two

The “BrothersPolitical and ideological relations with North Korea have not prevented Cuba from developing an important trading relationship with South Korea. according to Data published by the National Office of Statistics and Information (ONEI)Between 2005 and 2020, Cuba and South Korea carried out a total trade exchange of 2,270 million pesos (annual average close to 142 million), while with North Korea the exchange barely reached a figure somewhat higher than 110 million (average Annually (approximately 7 million). In other words, during the indicated period, 95% of Cuba’s trade with the Korean Peninsula corresponded to trade with South Korea.3 Certainly, this bilateral trade exchange could have reached even higher figures, if it had the political and institutional support that diplomatic relations have always provided, when they existed.

Cuba and North Korea for more political dialogue and cooperation

In 2013, a large Cuban cultural delegation sponsored by the “José Martí” Cultural Association, Visit South Korea. At the time, this deployment could be considered as an exemplary measure to pave the way for the establishment of formal political relations in the future between the two countries. Indeed, two years later, under the intense and facilitating influence of the Obama administration’s new Cuba policy, some formulations By a prominent leader of the Jose Marti Cultural Association itself, which was shown in an interview with South Korea’s Yonhap News Agency, it appeared to indicate an imminent diplomatic agreement.

On June 10, 2016, commenting on the dialogue that took place a few days ago in Havana with his Cuban counterpart, South Korean Foreign Minister Yun Byung-se. detained Normalization of relations would mean obtaining a new friendly state for Cuba, not losing its traditional attachment to North Korea. On the other hand, he confirmed that his country had been preparing for the normalization of diplomatic relations with Cuba for three years, which would put the beginning of the process earlier than the announcement of relations between Cuba and the United States, December 17, 2014.

Several reasons, related both to the international situation and to the Cuban situation itself, lead us to suppose that South Korea’s drive towards restoring diplomatic relations with Cuba may have lost momentum or level of priority, although it cannot be excluded that the underlying benefit is keeping up.

For its part, a country like Cuba, with an economy in a state of systemic crisis and in dire need of all associations and all the funding that might be able to attract and absorb them from abroad, would do well to take its relationship with South Korea into the twenty-first century. according to World Bank Statistics, the booming Asian country ranks as the 10th largest economy in the world, above countries such as Russia, Brazil, Australia and Spain. Also, close a file List of top 20 countries according to stock direct foreign investment. Proven innovation in scientific and technological fields, results in health and education, as well as an outstanding presence in the most diverse manifestations of global popular culture (among which exceptional film productions that today are not second only to any other country), make South Korea a particularly attractive country.

On July 24, 2008, in a reflection titled “The two Koreas (part two)Fidel Castro noted that “with the South we are gradually developing our relations. With the North it has always existed and we will continue to strengthen it.” The phrase contains no indication in the sense that the diplomatic relationship between Cuba and South Korea is considered unimaginable or unacceptable, quite the contrary. In any case, if there is any reason not to have this kind of relationship, we Cubans and South Koreans will have a right to know.

two For a substantial article on the case of Israel, see: Arturo Lopez Levi. Cuban-Israel Relations: Waiting for a New Era«.

3 Calculation made by the author based on ONEI data.