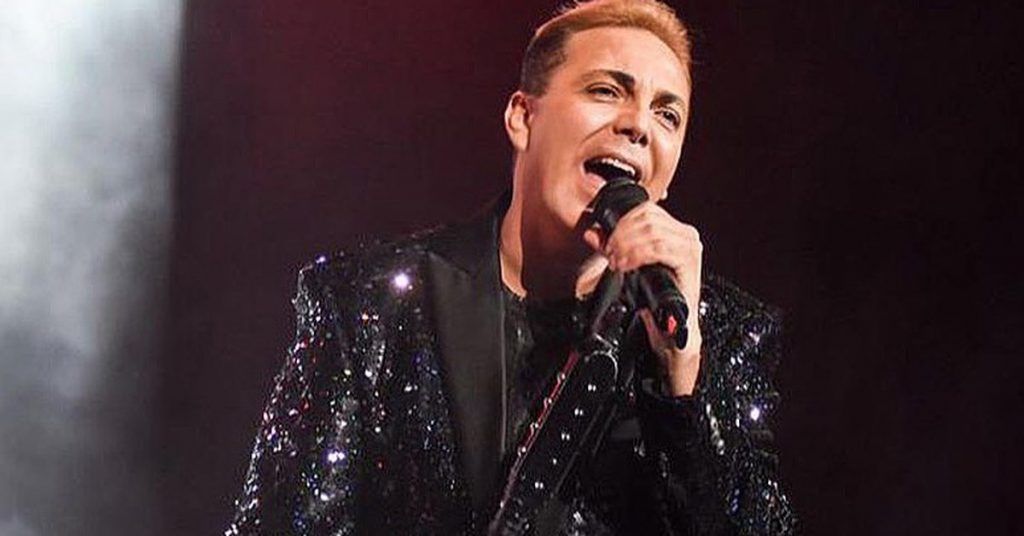 The first concerts on Christian Castro’s new tour are exclusively for people who can guarantee they’ll be vaccinated and it’s been 14 days since then (Image: Instagram/@cristiancastropop)

Christian Castro announced that it will present a concert tour in Puerto Rico, the Dominican Republic, the United States, and Mexico over the next few days, but it was surprising, as a precaution due to the high number of infections by COVID-19I decided to ask about it at the entrance A certificate of vaccination must be submitted against this virus.

Veronica Castro’s son announces his upcoming concert tour He tours and honors Juan Gabriel and José José, which will begin in Puerto Rico on Friday, a country where it is currently preparing for its first show, and the next destination will be the Dominican Republic on August 21.

The promotional posters for these parties quickly attracted attention, as they were announced in large letters It will be exclusively for people who have received a vaccine against COVID-19.

On all posters advertising the concert in the Dominican Republic, it is clear that it will be exclusively for vaccinated people (Photo: Instagram / @edliverd)

“Have you already been vaccinated? We care about the health of everyone present, which is why Cristian Castro presented the Hits Tour” It will only be for people who have been fully vaccinated. It is necessary to show the vaccination card and ID card at the entrance to the theater,” reads the announcement from the Dominican Republic.

A similar advertisement can be found on the page for comparing tickets in Puerto Rico: “Exclusively for people who are 100% vaccinated against COVID-19Each customer with a ticket must show: ID card and vaccination with full doses against COVID-19 that already meet 14 days of full vaccination.”

In Mexico, the singer will sing on September 11 at Palenque Fix Mexicali In the context of Sun CelebrationsIn which other artists such as Natanael Cano, Gloria Trevi and Julión Álvarez will participate. Despite the limitations of other events, this will only ask Mandatory mask.

Before buying tickets for the concert in Puerto Rico, it is announced on the page that it is an exclusive event for people who have been vaccinated against COVID (Photo: Screenshot / Coliseo Puerto Rico)

His next events will be in the United States, and then, once again, he will set foot on Mexican soil again in December, in Monterey Arena, a place that does not indicate whether it is necessary to present a certificate of vaccination, although it is expected that the procedures implemented by the government at that time will be followed and that the use of a mask will be mandatory.

This tour will be interrupted by the concerts he will be giving with Megars, also to the United States. as a translator for love soldierHe and his colleague will return to the same next stage 8, 9 and 10 October in CaliforniaThis is Megaris’ first face-to-face concert.

Lucero’s ex-husband reassured in Your night with Omar Chaparro This would be a “cool” thing, because they’ve previously given successful presentations together and this tour in particular have been preparing for a long time to be a good face comeback. The last time they had a concert together was in 2019, then they had to stop and resume their activities recently.

Neither Cristian Castro nor Mijares has indicated whether they will need a vaccination certificate for their concerts in the US (Images: Instagramcristiancastro_music/oficialmijares)

Information about the restrictions that Cristian Castro placed on his first concerts alarmed some of his followers, but others praised him as well.

For her part, the entertainment media, Shank Berman, called on the singer’s fans to vaccinate if he intends to attend any of the events he will present, a message that pleased some of his followers, and they reflected it with comments such as “Too good for him, that’s what others should do “,” It’s good that he follows sanitary protocols, Hope you fill your event Because there are still people who do not want to be vaccinated,” the text states.

Although there are others who have rejected this procedure and proved it in writing “No one is going” They even thought it was some kind of vaccination campaign.

Megaris and Cristian Castro: Everything that is known about their upcoming tour
Veronica Castro and Thalia: The little-known story of two queens who abdicated the throne of the world in TV series
Cristian Castro sent words of support to Vicente Fernandez