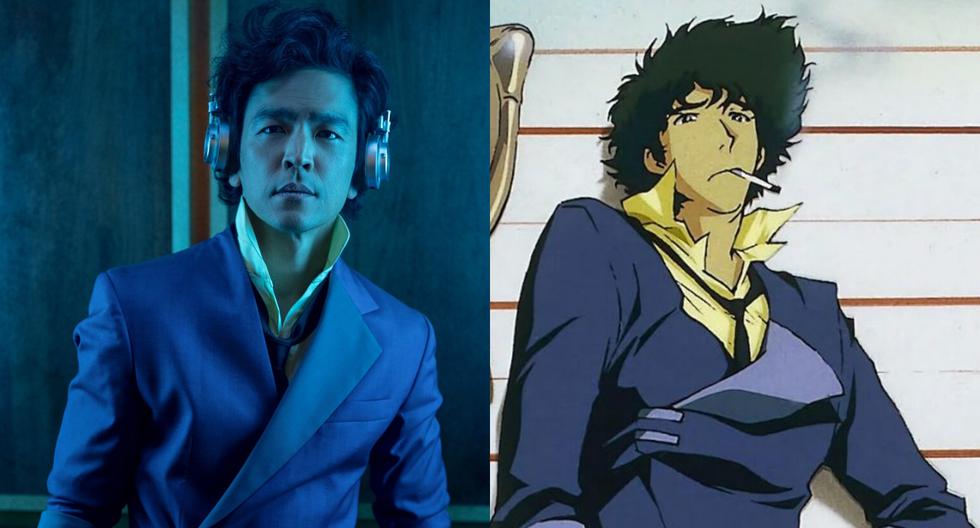 John Cho is bounty hunter Spike Spiegel in the remake of “Cowboy Bebop,” one of the most popular cartoons of all time. Coming to Netflix November 19 on Netflix. Pictures: Netflix/Sunrise.

Mostafa Shaker as Jet Black, the owner of the Bebop ship, where the actor moves and lives. The character is a retired policeman. Pictures: Netflix/Sunrise.

“Cowboy Bebop” follows bounty hunters to a future in which humanity left Earth to live in outer space. Image: Netflix.

In the original anime, Spike and Jet have been together for a while when they meet Faye, who joins the team. Image: Netflix.

The director of the original anime, Shinichiro Watanabe, is a creative advisor on this remake. Which also features the music of the original composer, Yoko Kano. Image: Netflix.

The series is written by Andrei Nemec, writer of “Mission Impossible: Ghost Protocol”; and Jeff Pinkner, producer of The Fringe. Image: Netflix.

Where do you see the origin?

Currently, the original anime of “Cowboy Bebop” is not available on streaming platforms in Latin America. This may change in the coming months. Image: Netflix.