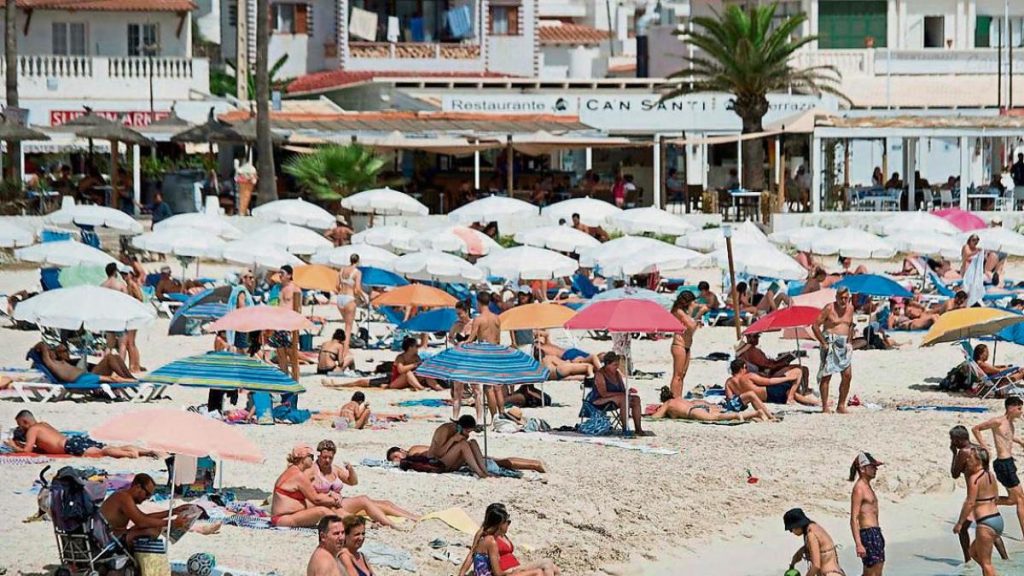 Last July, 4.4 million tourists arrived in Spain, 78% more than last year, but almost 55% less than in the same month in 2019, before the pandemic.

Nor is the overall balance for this year more optimistic. Between January and July 2021, 9.8 million foreigners entered Spain. The data is even lower than the 13.2 that accumulated that month in 2020 and is 80% less than the 47.9 million that arrived in 2019. “The covid passport designed by the European Union was very scanty. The expected confidence that a single document would provide for mobility between countries. On the contrary, each country has set its own rules and this has created a lot of uncertainty and hurt us greatly”, emphasizes Carlos Abella, Secretary General of the Tourism Board.

The Balearic Islands lead the recovery: three out of ten foreign tourists choose the islands as their destination

The nature of these restrictions was marked by the profile of visitors. The British and Germans, who had historically been the most numerous, had ceded leadership to the French. From France, 874,189 tourists arrived in July, representing 19.9% ​​of the total and an increase of 46.6% compared to July 2020. Germany came in second with 707,331 visitors (64.5% annual increase) and the United Kingdom 555,183 visitors. (6.5% more, although the borders were almost closed).

The sector takes a bittersweet assessment of the situation. “The behavior of the national tourism has been very good, it has exceeded pre-virus levels, especially in the beach areas. It made it possible to save the season, but it does not make up for the fall of the international”, admits Abella.

A similar analysis is being conducted by Hospitality of Spain. The situation was different. Overall, there has been a significant recovery compared to 2020, in some areas with numbers higher than 2019, but the turnover rate is still on average between 20 and 30% lower than in 2019, they noted.

The Balearic Islands is one of the societies in which the tourism boom has been most noted, to the point that three out of tenForeign tourists who traveled to Spain in July chosecarrots. Yesterday, the President of the Balearic Islands, Francena Armingol, metThe main tourism representatives of the archipelago highlighted that the community already receives two-thirds of the tourism that arrived in 2019. The Balearic Government is striking a moderately positive balance of tourism dataFrom this season, thoughThat some businessmen, such as Melia CEO, Gabriel Escarrer, identified this year as “disastrous” compared to the year before the pandemic.

And hoteliers on the islands are calling for action to eradicate sugar tourism, which is unprofitable and damages the archipelago’s image, especially in some parts of Mallorca and Evisa. “We must rethink the tourism model that matters to us,” Iscarer said after meeting with Armingol.

The second destination in terms of arrivals was Catalonia, with 814,310 international tourists traveling, an increase of 86.4% from last year.