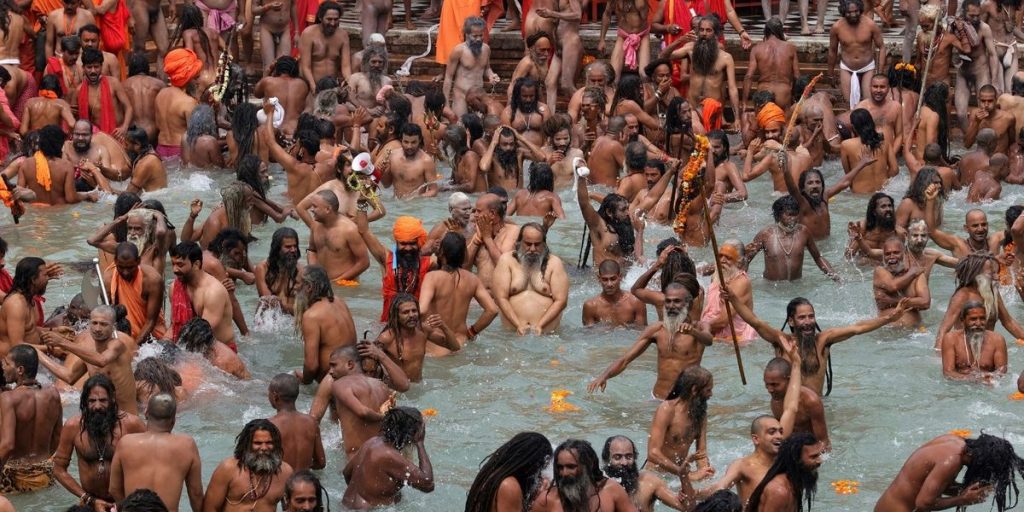 Unfortunately, in recent weeks, the world has received news of the health crisis in India, which has been triggered by the rapid increase in cases of coronavirus.

To date, no such rate of prevalence has been reported anywhere, not even in the United States’ worst moments.

The Asian country is now the epicenter of the epidemic, with about 40 percent of global cases diagnosed.

The specialists point out that the current crisis is due to the easing of internationally recommended security measures to avoid more injuries: social distancing and the use of face masks in open and closed spaces.

In contrast, massive religious, political and sports events were held, which could also lead to an increase in infections among the population.

In addition, India has exported most of the vaccines produced on its soil to other countries, and reports indicate a shortage of raw materials needed to manufacture new doses.

It has also been said that a more contagious form of the virus is passing through the country, and this has resulted in higher levels of infection.

In general, the high mobility of work and leisure, in and out of the region, seems to explain the current situation.

Since the first vaccination campaigns began in the final months of last year, the challenges the world was set to face have already been anticipated, starting with global production and thus availability of the product.

The increase in SARS-CoV-2 disease cases in India poses a serious international problem.

This country is the main producer of COVID-19 vaccines worldwide, with at least 160 million doses manufactured per month, and their main destinations are about 60 developing countries, mainly in Africa.

These exports have enabled vaccination campaigns to start in places that, otherwise, would not have started until this year.

COVAX, a global initiative for equitable access to vaccines, is largely dependent on supplies from India. The African Union reports that with doses sent from that country, among other things, it was planned to inoculate between 30 and 35 percent of the continent’s population.

However, in order to increase the scope of vaccination within its territory, India may not be able to fully fulfill its overseas shipping obligations.

Therefore, the increase in Coronavirus cases in that very unfortunate country due to the number of internal infections and deaths also represents an obstacle to general control of the epidemic, as vaccination plans may be delayed in some countries. Farther in its implementation. This phenomenon will further deepen inequality in access to vaccines between developing and developed latitudes.

As part of international solidarity, President Lopez Obrador announced on Monday April 26 that Mexico will no longer receive pre-agreed AstraZeneca vaccines from India.

The goal is for this country to use it to increase vaccination among its population, and in this way, try to reduce the increase in new cases.

What is happening in that nation is a clear example for the world’s governments and the population at large that the COVID-19 pandemic, with all the progress, is far from over. It is imperative that we continue to pay attention to the guidance of national and international health authorities, and that we do not trust ourselves. With everyone’s participation, it is possible to reduce infections around the world.