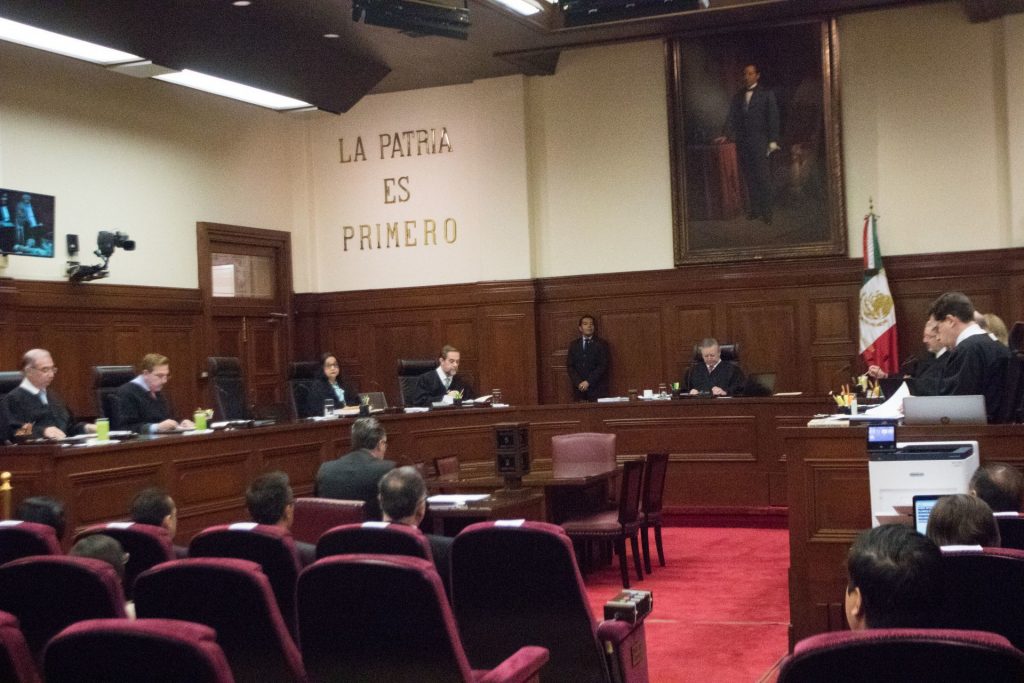 The plenary session of the court, by a majority of 8 votes, annulled the unofficial preventive detention for the crimes Smuggling, tax fraud and the use of false invoices.

The Prime Minister, Arturo Zaldivar, who was one of those who voted for the annulment, warned that unofficial preventive detention violated human rights. He stressed that it is “unconventional” and cannot expand the crimes it deserves, even if it is considered that it endangers national security.

You cannot simply expand the list of crimes that merit unofficial protective custody. It is not a matter of not complying with the constitution, but of taking seriously the human rights that are part of Article 1 of the constitution.

“The Inter-American Court of Human Rights has decided that neither the characteristics or appearance of the matter nor the gravity of the offense attributed to it are sufficient for preventive detention. Procedural risk cannot be assumed. It must be justified,” he said during Monday’s plenary session.

The matter came to court after opposition deputies and The National Human Rights Commission (CNDH) filed an unconstitutional lawsuit demanding that the reforms to Section 5, Section 13 of the National Security Act be nullified; Article 167 Paragraph VII, Sections I, II and III of the National Criminal Procedure Code, and Article 113 bis of the Law Union prosecutor.

With these changes, which have already been published in the Official Gazette of the Federation on November 8, 2019, tax evasion and tax fraud and the issuance, sale, disposal, purchase or obtaining of tax receipts that legally protect non-existent, fake or counterfeit. Acts merit unofficial protective detention.

Since 2019, Congress has been approved legal amendments, Promoted by President Lopez Obrador’s government, people associated with the process related to smuggling crimes, tax fraud and the use of invoices in simulations (shell companies) can be automatically imprisoned.

The aforementioned under the pretext that they were crimes that, above a certain limit, affected national security, because they caused serious damage to the public treasury, and in many cases involved large criminal networks.

In his speech, Minister Zaldivar himself added to the idea that behind these crimes there could be cases of organized crime that threaten national security. However, he said, the mere assumption did not justify the imposition of automatic pre-trial detention.

The presiding judge stressed that judges are free to dictate pretrial detention, but that this must be justified in each individual case and not become a rule. He emphasized that over the years it has been consistent that checking for this type of persona violates human rights, a status that should be privileged according to Article 1 of the Constitution.

Minister Alberto Perez Dayan, who also voted against the approval of the automatic prison extension, indicated that the person associated with the operation is not a criminal. In any case, he is the person who is presumed to have committed a crime but which has not been proven and has the right to defend himself.

Even in the current penal system, the investigation with which the person relates to the process is not even completed. In this sense, her confinement in prison, and thus the restriction of the presumption of innocence and her freedom, should be limited only to the most exceptional situations, where it is justified and it can be shown that there is a risk to the victims, the evidence or the process.

“With these kinds of adjustments we run the risk of falling into a dismal punitive system. We are going in the direction of essentially turning pretrial detention into a predetermined punitive tool… as if it were a preview of punishment. As a rule rather than an exception,” the minister said.

For her part, Minister Numa Peña Hernandez concluded that Congress cannot make legal amendments to further expand the list of automatic preventive detention offenses already defined in Article 19 of the Constitution. “In any case, its margin should be limited to detailing and not expanding the cases in which the said prison advances.”

Peña indicated that preventive detention is a precautionary (preventive) measure that must be implemented when the Public Prosecution Office can justify its imposition.

Those who voted for automatic imprisonment

Only three of the eleven judges spoke out in favor of maintaining unofficial protective confinement for smuggling, tax fraud and the use of forged invoices: Minister Jose Franco (who prepared the rejected project), and Ministers Yasmine Esquivel and Margarita Ríos Vargat (former SAT chief).

The three ministers, for various reasons, considered the above-mentioned crimes to be behaviors that, based on a certain standard, endanger national security. For example, it has been observed that tax fraud is a criminal behavior that has caused significant damage to the treasury in recent years.

Minister Ríos Fratt specifically stressed that behind this type of crime, especially the use of forged invoices, there are “huge networks of corruption” that “were slipping underground”. He said that people involved in these types of events always have the support and power of extensive criminal networks that pose a risk to the integrity of the operation.

I think there is a need for caution in these cases. It is not only about crimes that violate public safety. “It seems to me that counterfeiting, smuggling and the use of forged invoices in the amounts stipulated by law, is illegal and threatens national security,” the minister said.

What we do at Animal Político requires professional journalists, teamwork, maintaining a dialogue with readers and one very important thing: independence. You can help us keep going. Be part of the team.
Subscribe to the political animalHe receives benefits and supports a free press.