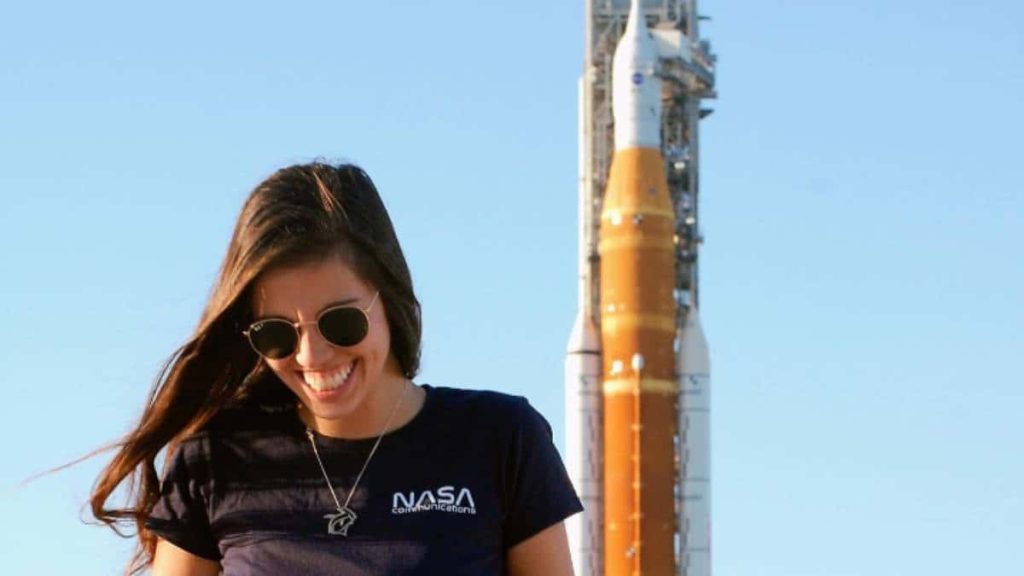 When Colombia signed the agreements and became part of Container You started collaborating on one of the most important missions in which you are directly involved Antonia Jaramillo is a journalist who works with the communications team for this important organization.

“I felt very proud, and there I wrote on social networks:Yes, my agreements signed, what happiness, what affection!“.

Unlike the Apollo 8 mission, when NASA sent the first men to the moon, it was an American mission, With Artemis, you will return to the moon with humanity from all over the worldIt is not just a country, it is an international community of which Colombia is a part.

“Knowing that Colombia is part of this group is very important and I am thrilled that we are helping there.”

See also: ‘There is no normal day at NASA’: This is the day of Colombian Antonia Jaramillo

How did Antonia Jaramillo get to NASA?

This is the story of Antonia Jaramillo, who little Tony knows, who has come to a place that seemed impossible, she never imagined being a part of.

I’ve always loved space, and seen NASA is amazing, what a joy, what an emotion, as an incredible thing, but I never thought I’d get there.

Tony has always been inclined to science, astronomy and space. He studied a bachelor’s degree in journalism, finished his college career and soon after joined as an aerospace journalist at NASA, “This is where I’m really starting to learn about the launches, rockets, and programs of other space companies trying to send humans into spaceI fell in love and had the opportunity to give an interview and now be part of the space communications team, I was very fortunate to be hired and I am here to share this story.”

Read also: What happened with the postponement of Artemis I, Colombi told NASA

The Colombian’s role in the Artemis I . mission

Artemis I will be launched from the Kennedy Space Center in Florida, United States. In the words of Tony, this is the first step in returning humanity to the moon and establishing a permanent existence.

This first mission will not carry astronauts, and will go without a crew, to test the rocket and spacecraft. NASA’s Artemis mission consists of three phases in which the goal is to return humans to the moon. These are the estimated times to achieve the mission objective:

Knowing the context of what the Artemis I mission means, the role the Colombian will play in this important launch of NASA is very important, Tony will host broadcasts and live coverage on NASA social networks in Spanish.

It is an opportunity to show the Hispanic community that you can also be a part of this.

He stressed that being at NASA is more than a dream, it’s an incredible scope, which he enjoys like anything in life.

At the end of the interview, Tony left a message for his country: “I love Colombia with all my heart, and I feel proud to be Colombian”.

You can read: It’s Antonia Jaramillo, the Colombian who will lead the Artemis I . teleport