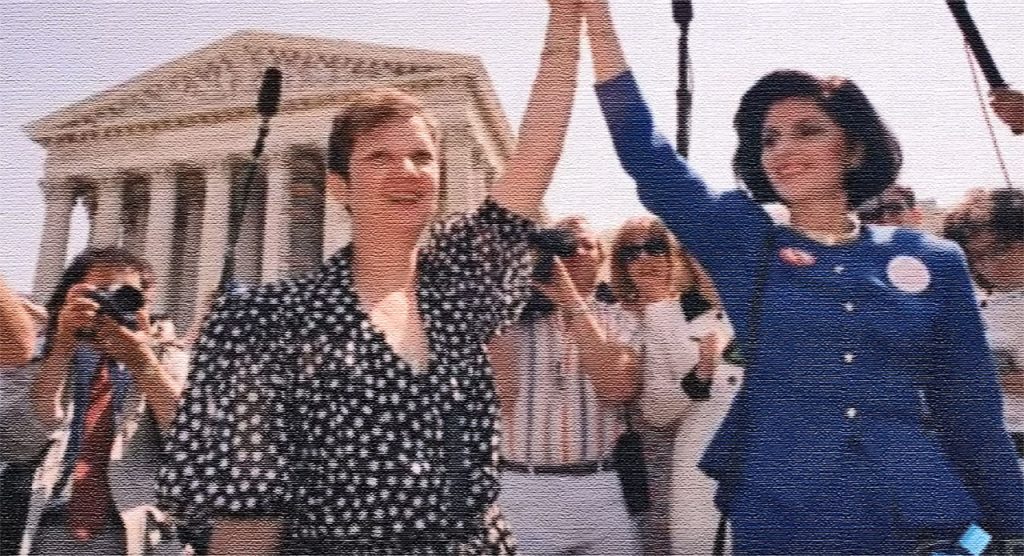 college students talking It is an open space for the student community studying the degree at institutions of higher education; Initially those operating in Mexico City. It aims to be a space in which university students express their opinions freely and responsibly on current issues.

Students and professors from the Escuela Libre de Derecho and the legal department of the Universidad Autónoma Metropolitana participate in this batch. They offer their insights on a specific and recent topic: Dobbs v. Jackson. There is a lot of objection to it, and it is pointed out by those who participate in this section.

A few days ago, a draft of the draft prepared by United States Supreme Court Justice, Samuel Alito, was released. And that bill, if approved, would overturn the Roe v. Wade (a core issue that the US Constitution protects a pregnant woman’s freedom to have an abortion without undue government restrictions).

The approval of this bill would mean not only a fundamental change in the positions of the Supreme Court of the United States, but also the abolition of access to abortion in nearly half of the North American country.

There will also be an impact on the principle of the progressiveness of human rights, understood as their non-reversion, under the principle of “a right granted is never withdrawn”. A decision of this magnitude would affect the right to health and freedom of decision-making for American women.

US Supreme Court justices seem to ignore general human rights theory, and even international decisions on abortion, to force their own convictions through the courts. Let’s hope this project does not flourish.

A woman’s right to decide her own body pChoose

A leak of a document, in which it is believed to overturn the Roe v. Roe case recognizing the freedom of women to decide their own bodies in pregnancy cases, shocked the United States. Women’s human rights are at risk.

Judge Samuel Alito wrote a draft, which was leaked by the magazine Politician, It aims to criminalize a woman’s right to have an abortion. The aforementioned ruling, since 1976, recognizes a woman’s right to her own body “Where the constitutional right to abortion is commanded before the safety of the fetus is achieved” (1).

Access to the right to abortion, which is one of the human rights that protect women around the world, is an obligation that must be recognized by the countries of the world, in a way that other types of rights, such as access to health, can be guaranteed. and the elimination of discrimination against women (2).

Currently, the Dobbs vs. “he isThe Constitution does not refer to abortion and no right is implicitly protected by any constitutional provision. (3).

All women in the world have the right to decide what is best for them and what they want out of their bodies. Let’s stop the rhetoric of “protecting life”.

A few weeks ago, a draft of the United States Supreme Court (Scotos), Dobbs v. Jackson, in which the majority opinion repealing recognition of abortion as a constitutionally protected right, was leaked, was leaked in the Roe case. , Argues. Wads in 1973.

The news was received as a veritable bucket of cold water to the head, so how can it be intended in 2022 to control women’s decisions about their life project? How secure are human rights precedents in the face of political change in institutions? Unfortunately, I think the answer to the second question is “insecurity”.

Nearly 50 years ago, despite her criticisms, Roe v. Wade was a light in the inter-court debate over abortion, but it was enough that the composition of the SCOTUS be changed politically so that abortion protections could be ended without even mediating a relevant historical event involving cultural regression. of women and pregnant women in the United States of America.

In the face of this reality, the victories of women in Latin America in terms of decriminalizing abortion taste bittersweet, the struggles won recently in Mexico, Argentina and Colombia are not, and will not be, safe, women and women in public minorities, we will always have to be vigilant and walk on foot to fight.

In Mexico, we must fight not to roll back the obligatory precedents resolved in Unconstitutional Measure 148/2017, meaning to guarantee the right of women and pregnant women to make decisions without facing criminal consequences.

Scotus’ decision in Dobbs v. Jackson will undoubtedly empower anti-rights groups across the region, we must be prepared for that. Which is that rights are defended and not only in the courts, we must fight them at home, school, work and in every area of ​​our lives.