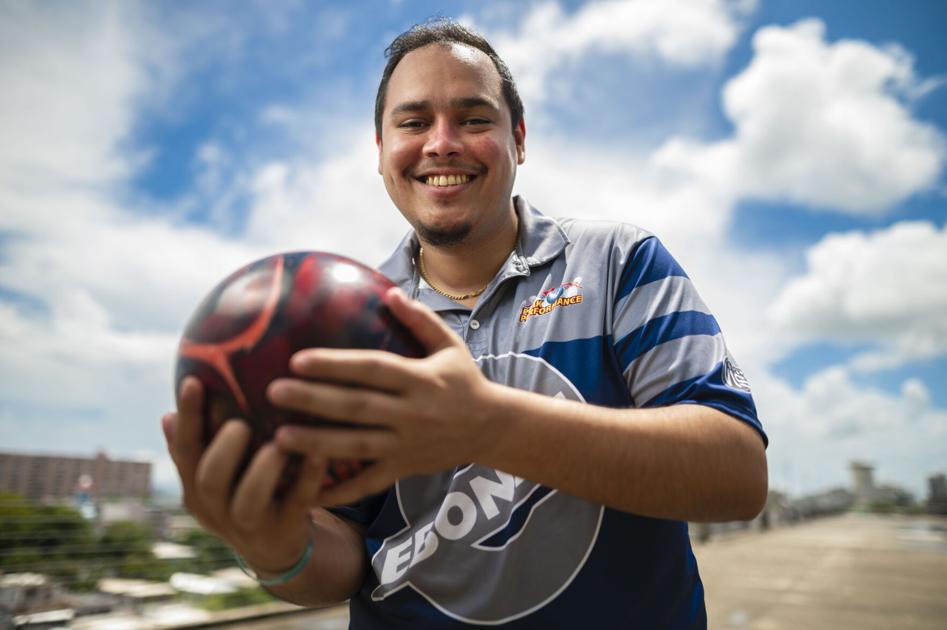 He was the first Puerto Rican bowler active in the International Basketball Association to participate a few days ago in a pre-selection for the men’s national bowling, in Fort Buchanan, to form the team that will participate in the Central American and Caribbean Bowling Federation (CONCACAPOL), which will be held from 21-28 August in Guatemala and will qualify for the Central American and Caribbean Games in El Salvador 2023.

“I had to find time (to come to Puerto Rico), but it doesn’t bother me at all. I will always make time for the national team,” Azcona expressed during the visit to speaker.

Azcona – a multi-medalist in Central America and America – has not been to the island since December 2019 when he made it to the qualifying round for the national team. He was barely able to share his family, then the COVID-19 pandemic arrived.

However, despite his impressive season in the PBA, the 27-year-old from Guaynabeño remains consistent in his goals with the national bowling team, which will also host the Pan American Championships, October 16-26 in Hermosillo, Mexico, as a World Cup qualifier.

“The national team is one of the most important things. I want to continue to dedicate myself 100 per cent to all the commitments I can do. Get involved with the national team, play hard, help my teammates, try to make us ‘ready’ because it’s 2023 We have to defend a ‘streak’ for each team (in the regional championship) and we want to become the first team team to do that three times.”

See also  On the eve of the match against the United States, the Jamaican team is looking for the fast track to success

Upon his return to Florida, where he resides, Azcona will once again resume preparations to continue the PBA Tour in July.

Azcona has just made history by participating for the first time in five televised finals of the Professional League, the most important event on the track.

“Now on the PBA professional tour, I’m doing very well. I have the best season of my career. I’ve done five televised finals and I’m really excited. I’m working hard. I’m focused on trying to keep improving. The competition there is very tough,” the athlete said.

“When I come back I go to the PBA regional and national competitions. The second week of July in Florida I have the next professional competition. I always compete locally or at different levels trying to stay in the know,” Azcona explained.

Which is that his purpose in PBA is quite clear.

“My next goal in the round is to win on TV. In the last TV broadcast, I did the TV qualifier and finished third. I also want to stay at that level.”