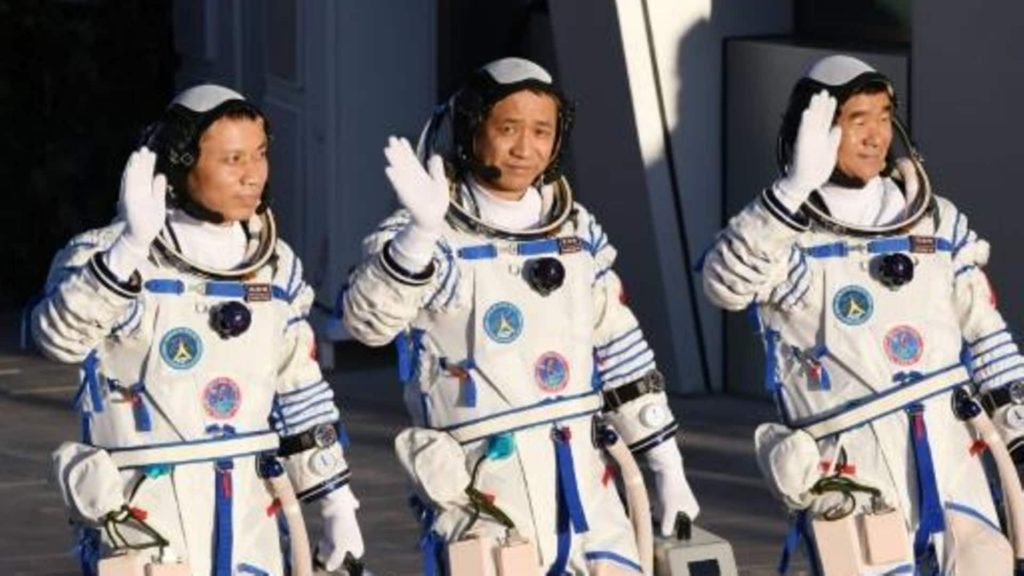 Three Chinese astronauts were launched into space in June and docked at the Tiangong Station, where they must stay for three months.

The Chinese space agency reported that two of them left the main cabin on Sunday morning for a walk of about seven hours.

“The safe return of astronauts Liu Beoming and Tang Hongbo to the Tianhe Central Unit marks the complete success of the first space flight in our country’s space station,” the same source said.

Their job consisted of raising the panoramic camera outside the Tianhe central unit, as well as checking the transport capability of the robotic arm they would use to move the units around the station, according to the state press.

Television footage showed astronauts in suits and conducting medical assessments in preparation for a spacewalk.

They later appeared at the cockpit door upon exiting the unit, the first of two space paths planned for the mission, each lasting six to seven hours.

This is the first time since 2008 that Chinese astronauts have left their ship in space. At that time, Commander Zhai Zhigang made his country the third country to do a spacewalk, after the Soviet Union and the United States.

This first Chinese manned mission in nearly five years is a matter of great prestige for the country, which this month marks the centenary of the founding of the Chinese Communist Party with a massive propaganda campaign.

The Chinese space agency has 11 launches planned by the end of next year, three of which are manned, which should provide two laboratory units for the expansion of the station, as well as supplies and crew.

The mission commander is Ni Hai Sheng, a decorated pilot of the People’s Liberation Army Air Force, who has already participated in two space missions.

On Sunday, state television showed images of the daily lives of astronauts in Tiangong, including scenes from a bicycle exercise and a tape.

One crew member was also seen eating with chopsticks and another walking with his hands and jumping.

The mission is getting a lot of attention on social media, and the tag for the special has garnered nearly 200 million views on China’s Weibo platform, similar to Twitter.

One user wrote, “How excited I am about every achievement beyond words.”

President Xi Jinping has claimed that the construction of China’s first station opens “new horizons” for humanity in exploring the universe.

China’s interest in having its own human base in Earth orbit has been driven in part by the United States’ refusal to grant it access to the International Space Station (ISS), on which that country, Russia, Canada, Europe and Japan cooperate.

The International Space Station is due to retire in 2024, although NASA says it will likely remain in service after 2028.

The average life expectancy of the Chinese Tiangong plant is at least 10 years. China said it would be open to international cooperation at the station.