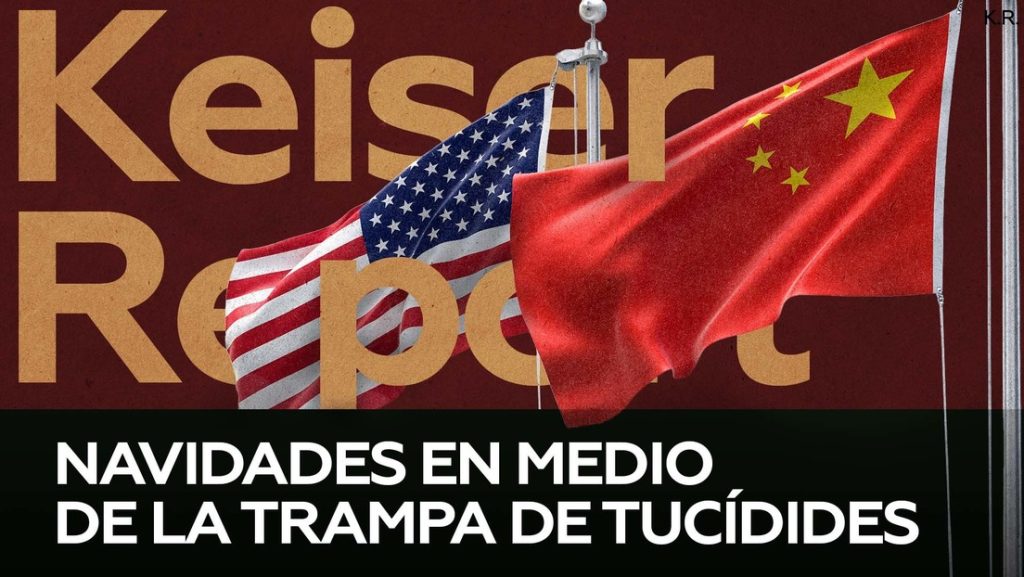 In this Christmas ‘Keizer Report’, Max and Stacey talk with Dan Collins, a businessman who has spent 20 years in China, about geopolitics amid Thucydides’ trap, with tensions in the wake of the decline of the United States and the rising power of China. They also lay out their predictions for 2022 regarding the progress of Taiwan and the Asian giant in the field of arms, and talk about whether it made a huge mistake by expelling bitcoin miners from the country.

In this episode of “Keizer Report,” Max Keizer and Stacey Herbert speak with Dan Collins, a data security expert with more than 20 years of experience as an engineer in mainland China. As usual at their Christmas party, they discussed the most important news of the year and what could happen in 2022.

“I think 2021 revealed how imbalanced the US economy is,” Collins explained. “We are what I call a Warehouse Country“In recent years, the United States has lost its industrial capacity, making it dependent on other countries,” he added.

In this sense it indicates that the current crisis in the global supply chain has affected the national economy. “[La situación durará] So that we can find out the main reason why American capitalism has stopped working, and why a country with a population of 330 million people cannot manufacture anything on its own,” the expert predicted.

The rivalry between Beijing and Washington

On the other hand, when addressing the issue of the new Chinese supersonic missile, which was presented last October, Collins emphasized that it is further evidence of Beijing’s superiority over Washington in the field of domestic and military technology.

“This could become a mess new missile crisis “But I imagine the US government will just ignore this problem as it is with many others and turn it into a ‘big success’ of sorts, in quotation marks,” he continued.

Analyzing the issue of Taiwan, where the chances of conflict are believed to be very high, Collins noted that Chinese President Xi Jinping promised to re-annex the island before 2025, which would give the Asian country 40% control of all semiconductors in the country. Globalism.

Another issue that caught the media’s attention in 2021 was the expulsion of all Bitcoin miners from China. Most of them settled in Kazakhstan and Texas (USA). “This represents Washington’s first real victory over Beijing in the past decade,” said the guest, who believes this could help rebuild the US economy.

Collins considers that the Asian country has taken this action because it seeks digital yuan boostover which they want complete control. However, he believes that Beijing “made a big mistake” because – he says – bitcoin will at some point become a $10 trillion asset.

“I think the world will be divided: one part will enter the orbit of China and the other into the United States,” he said, noting that Washington continues to rely on Beijing, but it is already “dividing up”. He concluded, “China is turning into 1984 and the United States is a ‘Blade Runner’.”

See also  Did NASA announce the destruction of the Earth on May 6? He said this about the dangerous asteroid